Boats floated on the canal in which the floating market in Damnoen Saduak. Some boats carried tourists and some boats loaded articles for sale. And there were also some boats which looked like a food stall. The boat in this photo was one of them.

A big round cast-iron pan was placed on the boat. And some ingredients were seen around him. The oarsman doubled as a cook. He moved around the floating market and could receive an order wherever he was.

When I saw the boat, the cook on it just got orders from a girl. He started to cook while sitting on the boat and the foodstuffs were added on the pan. It was fun to see the cooking on the boat.

However, there was a person who was much interested in what was being done on the boat. It was a girl herself who ordered. She anxiously awaited the dish was ready. 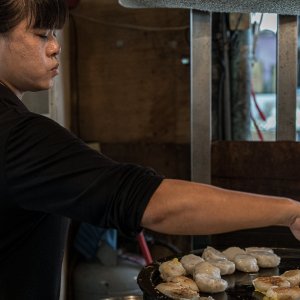 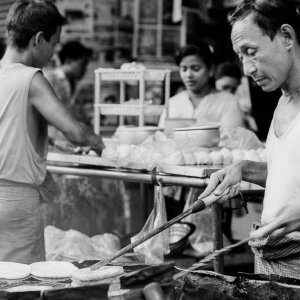 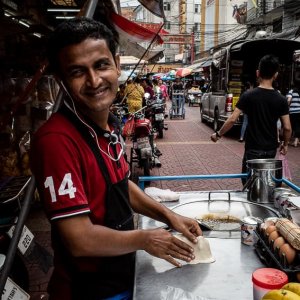 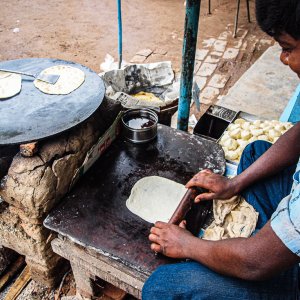 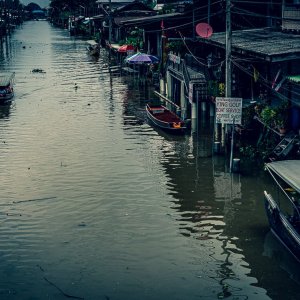 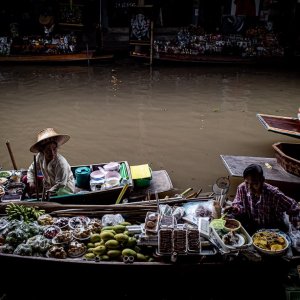 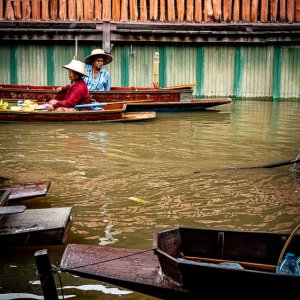 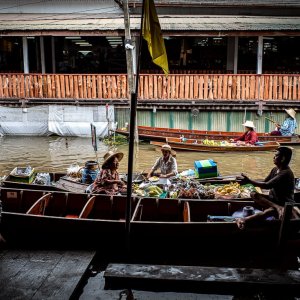 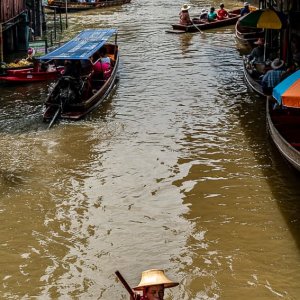 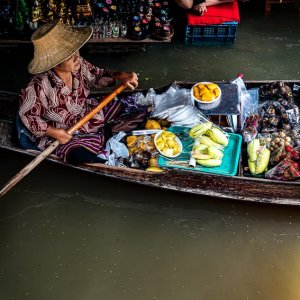