The woman sold Zongzi in the market

Myanmar shares a border with China in the north. And the Indian subcontinent is located on the west of this country. So Burmese cuisine is influenced by both of them. The popular accompanying dishes called hin looked like curry in Indian culture. And the local people prefer to eat noodles like Chinese.

According to Wikipedia, not only the two cultures but also other cultures including Hmong culture exert influence on Burmese cuisine. However, it was difficult to distinguish for me.

Walking around the market, I found easy-to-grasp evidence influenced by Chinese cuisine. A young woman sat in the middle of the passage and many Zongzi were displayed on the tray placed in front of her. It was a rice dish wrapped in bamboo leaves. It was also common in Japan. 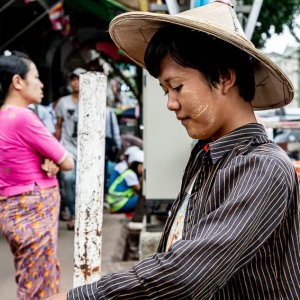 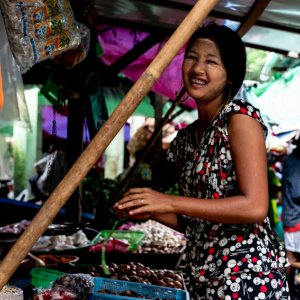 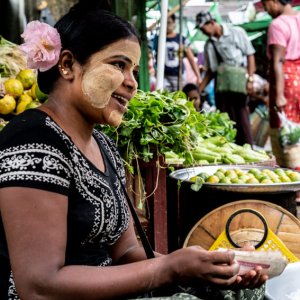 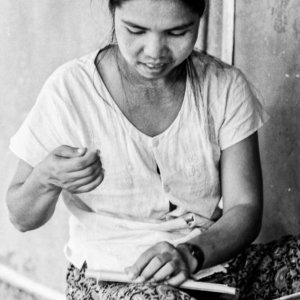 Woman Rebinding A Book With A Needle 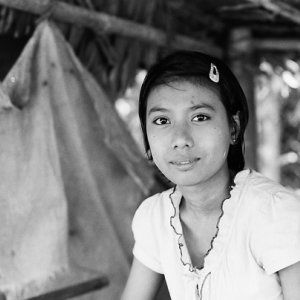 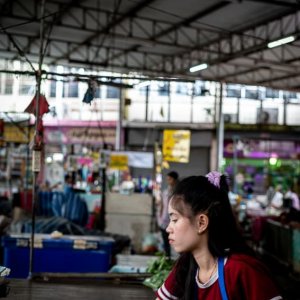 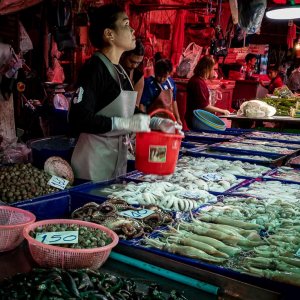 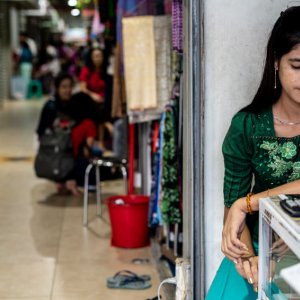