Walking through the busy street market, I came to the edge of the street. The street reached the wide road and the market came to an end.

Many cars were parked by the roadside of the wide street. One of the cars was a minivan. Its aft door was open. And a man sat on the edge of the luggage carrier. A wide tray was dangled from his neck. Various things were put on the tray. I could see some boxes of cigarettes, some packs of cigars, and some plastic containers.

He was a tobacconist and peddled cigarettes and others. There were many stands selling cigarettes in the city. Besides, there were also many peddlers like him. When I watched his tray without paying attention, I felt like I was being watched by him. The next thing I knew, he turned a hard stare on me. 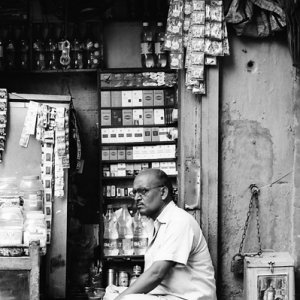 Grim Countenance Of A Tobacconist 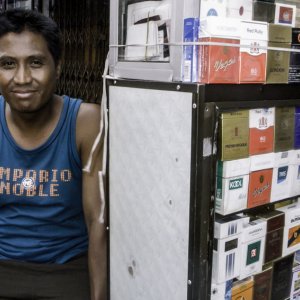 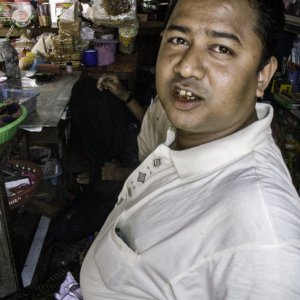 Man In A Kiosk 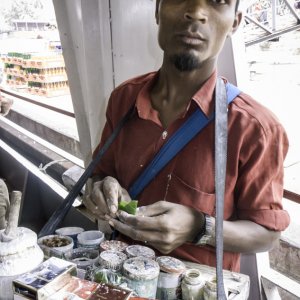 Tobacconist On The Ferry 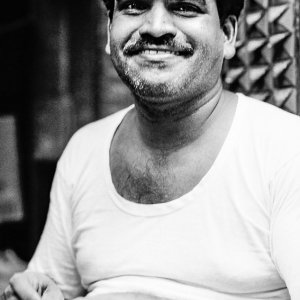 Pleasant Smile Of A Man 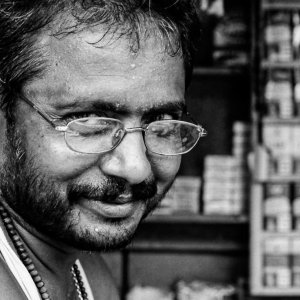 Glance Of A Bespectacled Tobacconist 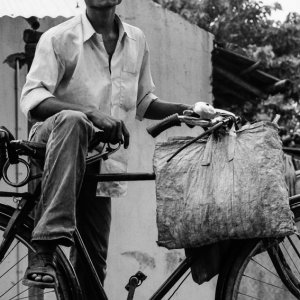 Tobacconist On The Bicycle 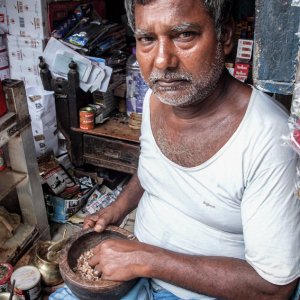 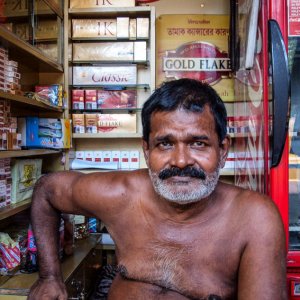 Tobacconist Was Stripped To His Waist 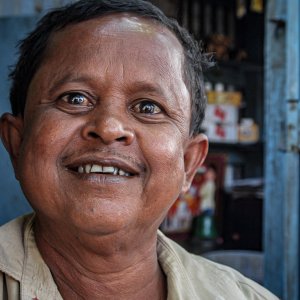 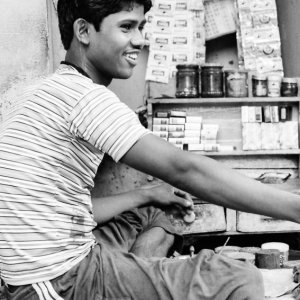 Young Tobacconist In A Corner Of A Street 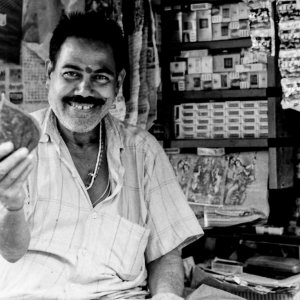