The roof in Khlong Toei Market was made with a red vinyl seat. So the inside of the butcher was tinged with red as if I looked into my viewfinder through the red filter. Yet it was not only this butcher. The blocks of meat were displayed under the vinyl seat in many butchers. There might be a reason. Perhaps, it could delay getting bruised the meat. No. The light tinged with red turns the meat on looking delicious.

Anyway, some men and women were working in the world tinged with red. The women in the back were dealing in large blocks of meat while chatting. And the man in the forehand had a kitchen knife and was cutting the meat without saying a word.

Looking closer, the butcher's arm was tattooed. The pattern like a spider's web was depicted on his arm. It is said that the spider's web expresses the mysteriousness, the hidden strategy, the danger, and others. So the man working earnestly might have a demoniac aspect deceptively. 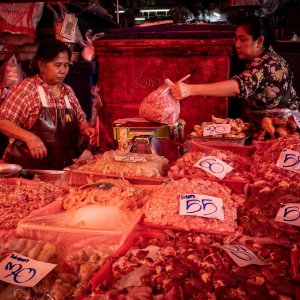 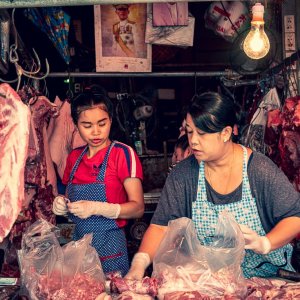 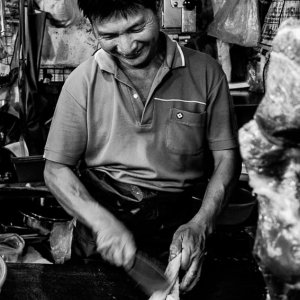 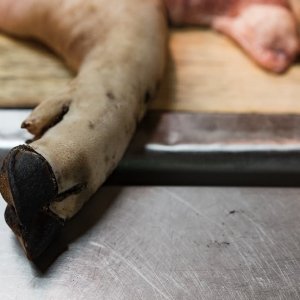 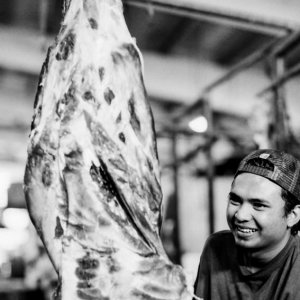 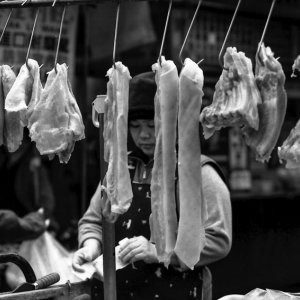 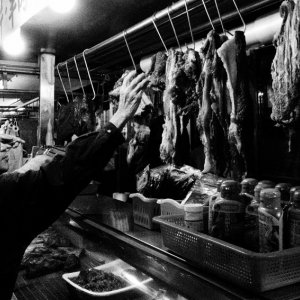 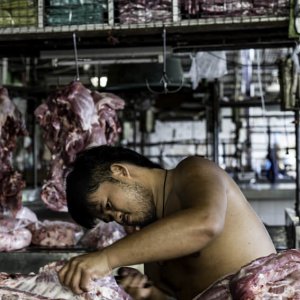 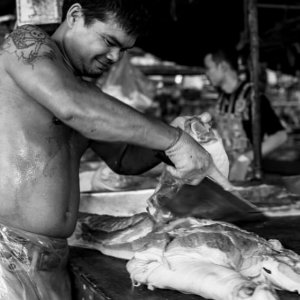 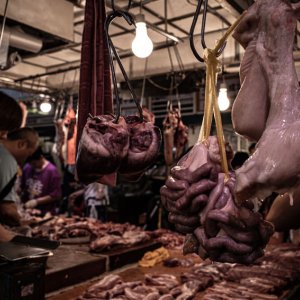 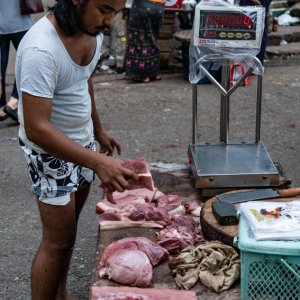 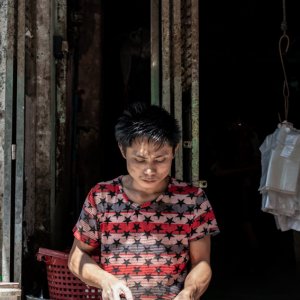