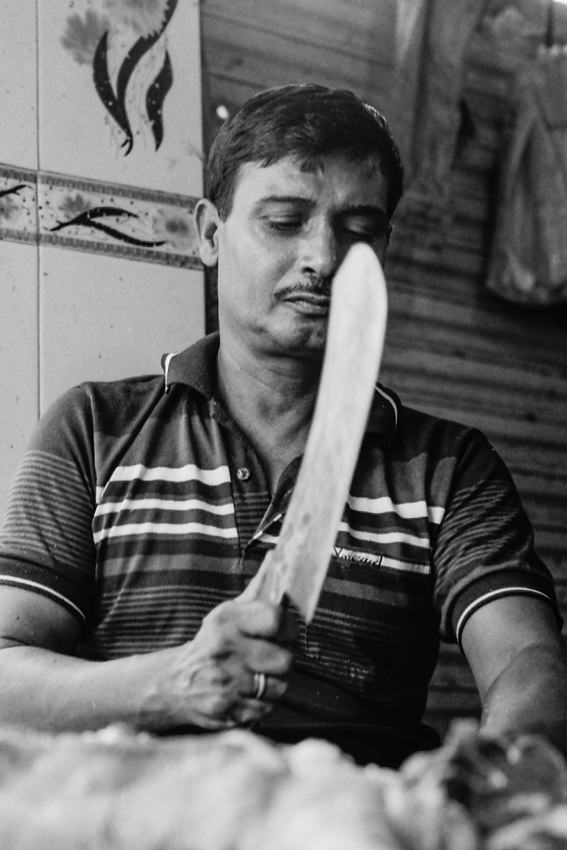 The butcher was just cutting meat with a big knife

A butcher wearing a polo shirt was sitting in his shop. A long knife was in his hand. He was just cutting meat with a serious expression. And a big block of meat in front of him became small in a moment. He was working without saying a word.

There were many butchers in the city. And a lot of meat was sold. Yet I had never seen pork sold in the butcher because the major religion in Bangladesh is Islam. 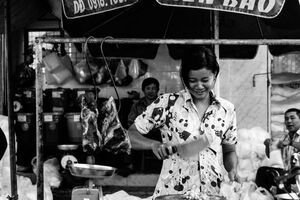 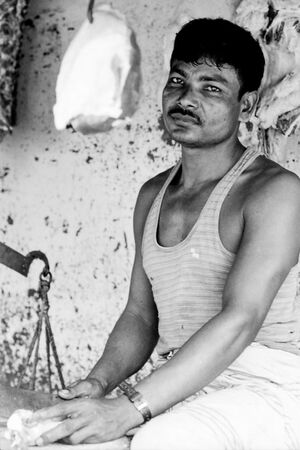 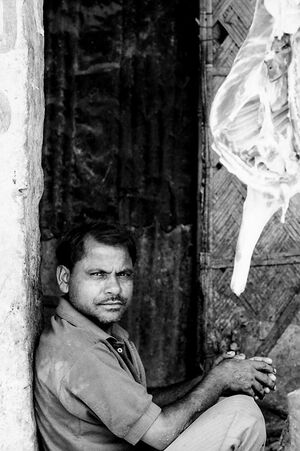 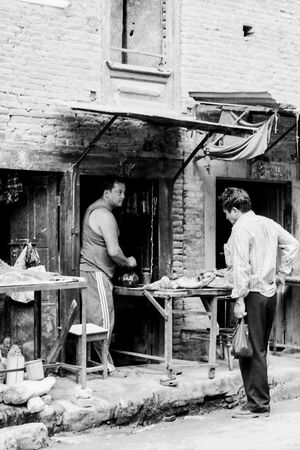 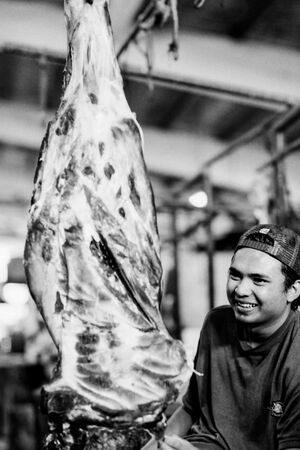 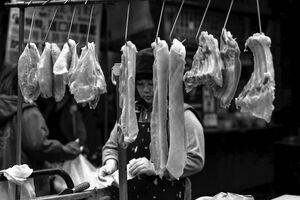 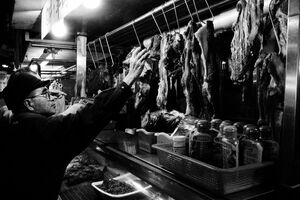 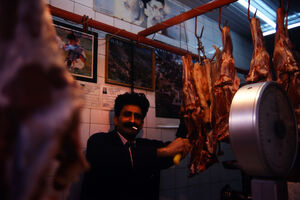 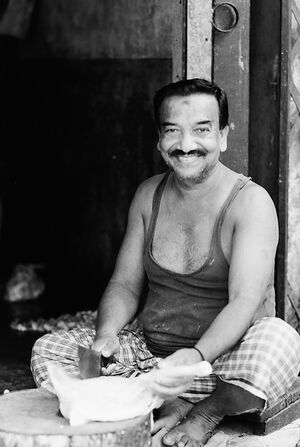 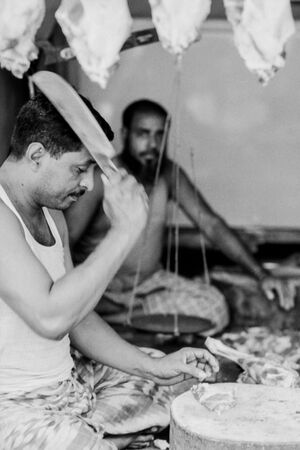 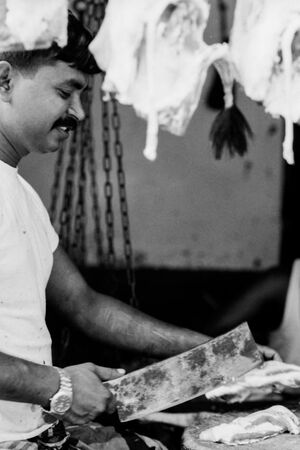 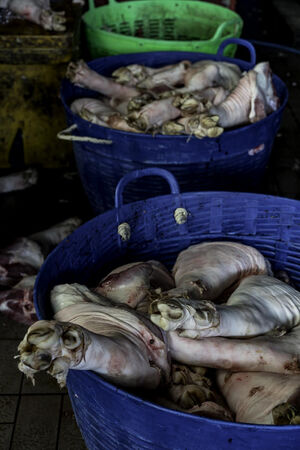