The man was selling food on the street

Walking in Datong District, Taipei, I came to the Shuanglian subway station. Taipei Metro, the Taipei subway was opened in 1996 and is not that old. The entrance of the Shuanglian railway station, which opened in 1997, also has a modern appearance and atmosphere without a sense of history. It could be said to be a little floating from the atmosphere of the surrounding area in a mean way. The ground portion of such a station is a little park. I walked into the park without a clue as to where I was going.

The man in this photo was one of them. He was setting up a stall at the end of the road and plying his trade. Beyond the man I could see an alleyway stretching out, where signboards were seen and motorcycles were parked in the alley. The space looked like a commonplace. Datong District, one of the oldest and most prosperous districts in Taipei, may still have many commonplace streets.

Where is Shuanglian Metro Station in Taipei? 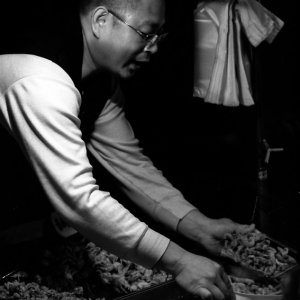 Man At A Food Stand 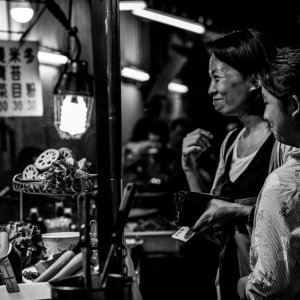 Woman Buying With A Large Grin 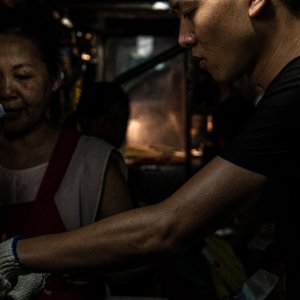 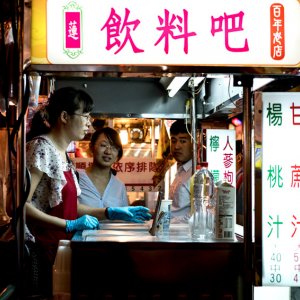 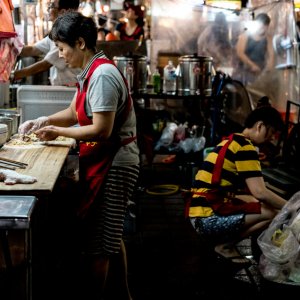 Woman Cooking In A Food Stall 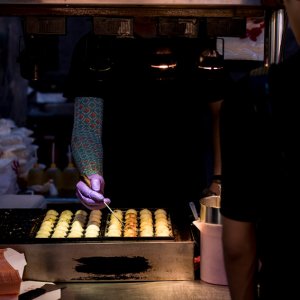 Round Objects Being Toasted 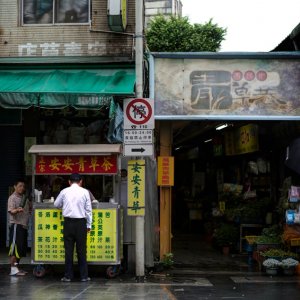 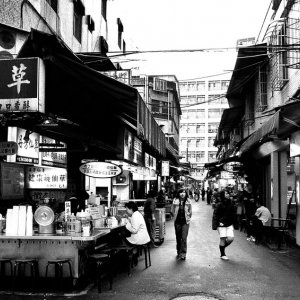 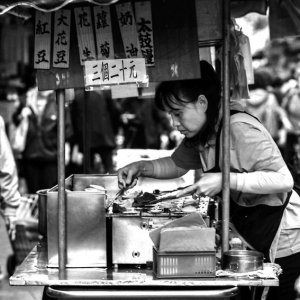 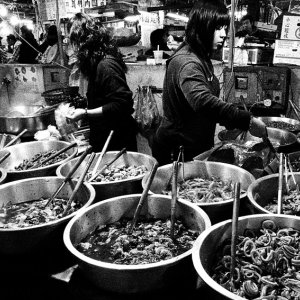 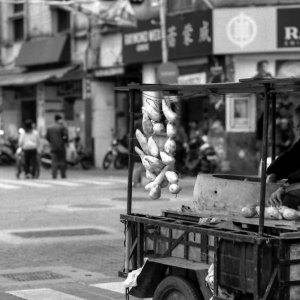 Food Stand With A Kiln 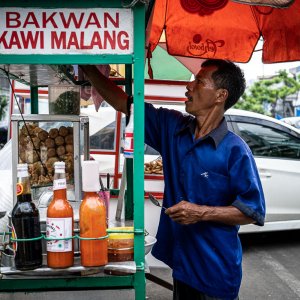