After cooling off in the shopping mall, I went out and started walking around the city of Jakarta again. The sun was still strong and there are a lot of cars on the road. There were so many cars on the road, but there were few people like me who are walking on the sidewalk. In Japan, it is said that people living in the countryside do not walk very often, and people living in the big city are said to be walking every day, but here in Jakarta, people in the big city do not seem to be walking much either. It may be partly because of the strong sunshine, but even for a short distance, they may take a motorbike or a pedicab called Becak.

As I was going along a road that was full of cars and not many pedestrians, there were food stalls. Since the stall was at the side of the roadway, it may have been more for people in cars on the roadway than for pedestrians. The owner of the stall also went out of his way to stand on the dangerous side of the roadway rather than the sidewalk side. It was probably because it was easier to take orders from people in cars.

On the side of the stall was written 'BAKWAN'. It is an Indonesian dish of battered fried vegetables. The wiki says it's similar to Japanese tempura, but I'm not so sure. Anyway, such vegetable fritters must be easy to eat while driving a car, unlike rice dishes like nasi goreng. No wonder he stood all the way on the edge of the roadway. 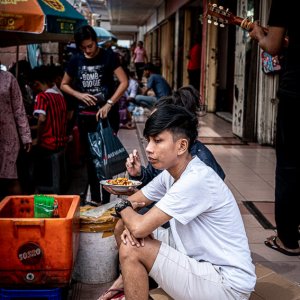 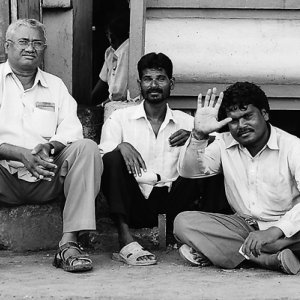 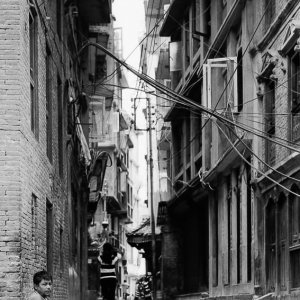 Man Sitting In The Corner Of The Old City 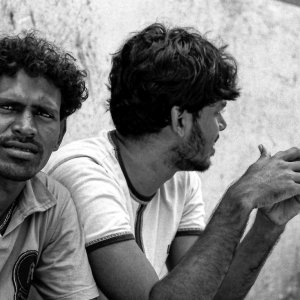 Two Stubble-faced Men By The Wayside 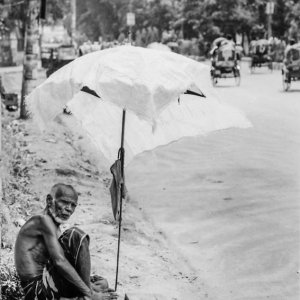 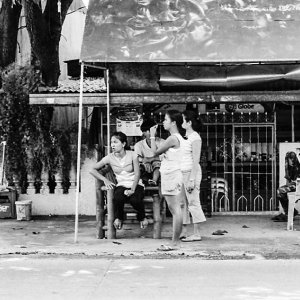