Many trays were placed in the storefront of the greengrocery. And every tray was occupied by the vegetables. Various vegetables were displayed. And I found a heap of red chili peppers in one of them. A price tag was placed on the top of the heap. According to the tag, the red pepper costed 70 baht, about 2 US dollars. It was too expensive for 100g. So it was the price for 1kg. Very cheap.

Red pepper is a common seasoning agent in Thailand. The land of origin is Latin America. Before coming down, Thai people used peppers in place of red peppers. 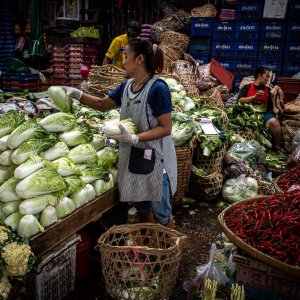 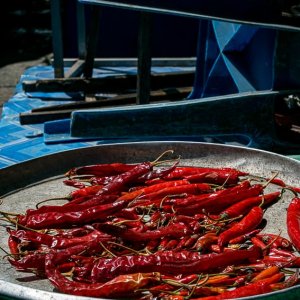 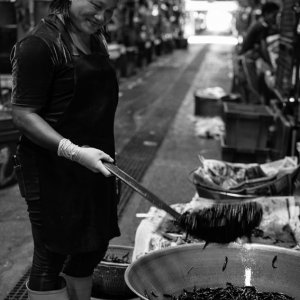 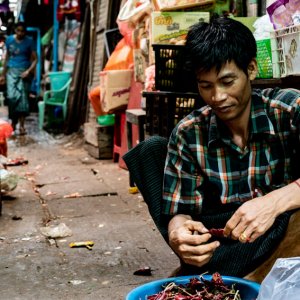 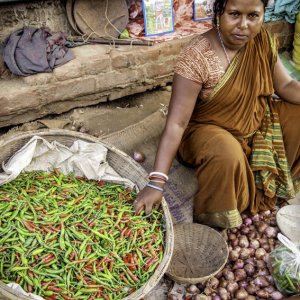