Some figures were seen walking the precinct

After climbing about 350 steps, I reached to the top of the hill. The place was an advantage point. Although the city of Bangkok was developed, the modern tall buildings were built in a separated place. I could see them in the distance from the top of the hill.

The main architecture of this temple was built on this hill. Yet there were also other buildings built on the bottom of the hill. This temple has a long history and many participators could work at the precinct. The low-rise buildings in this photo were sort of the vihara. During watching, some figures appeared in the passage between the buildings. And they started to walk the straight passageway. 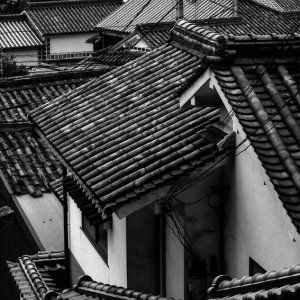 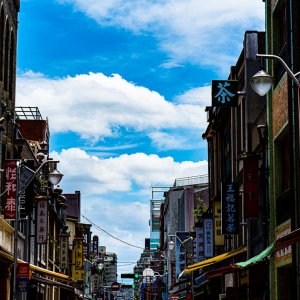 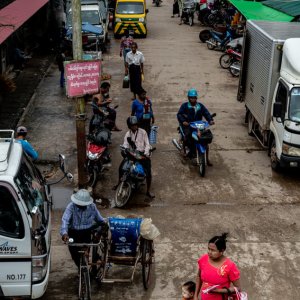 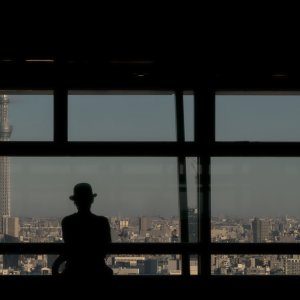 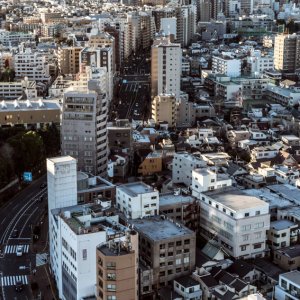 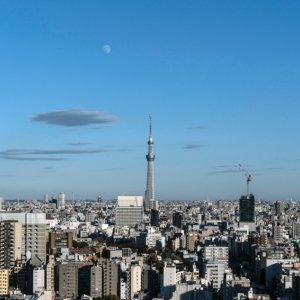