The older woman stood with beadrolls in her hands

The main hall of Lungshan Temple was surrounded by corridors. In front of the main hallway, there were many people praying, and the corridor was full of people as well. People in the corridor were standing or sitting, spending their time as they pleased. Some were simply resting, but most of them were holding a sutra in their hands. They were chanting away from the main hall. As I watch, they were occasionally quietly turning the pages.

Unlike those visitors, the older woman in this photo, standing alone in the corridor of the temple, was not holding a scripture-like book in her hand. Instead, she was holding a prayer bead in both hands. And she was clawing at the prayer beads as she stared toward the main hall. She seemed to be counting the number of times while reciting the scripture. That means that this older woman must have memorized all the contents of the scripture. So there was no need for any kind of scripture. However, it must take quite a long time to recite the scripture for 216 times (108 x 2), because it is enough for two prayer beads. Or, isn't the number of prayer beads in Taiwan 108 beads? 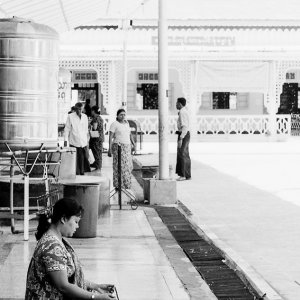 Praying Woman Under The Roof 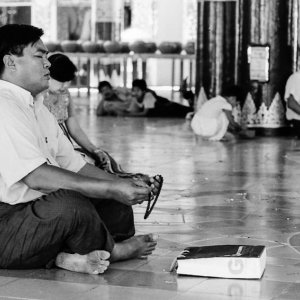 Praying With A Beadroll 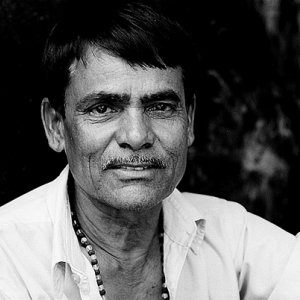 Man Looking Squarely In The Eye 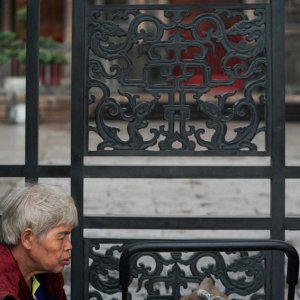 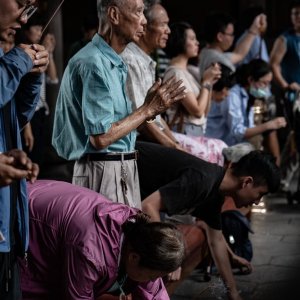 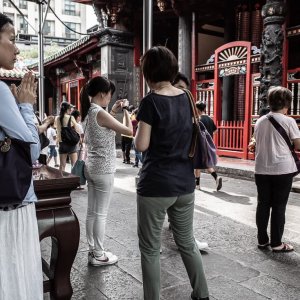 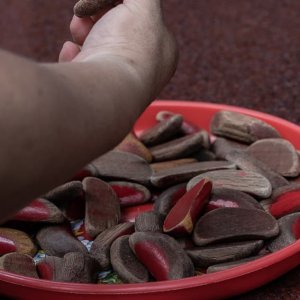 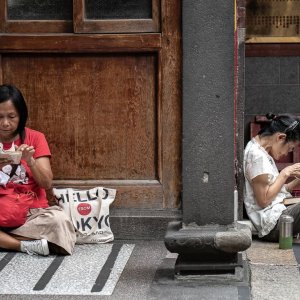 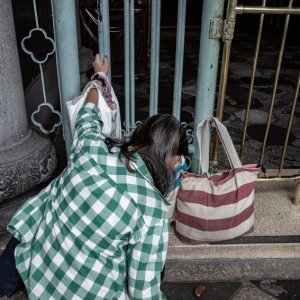 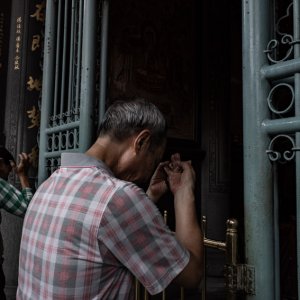