A big name tablet was hung at the entrance

Came to the Yushima Seido which was a Confucian temple long with the Shogunate-run school. From 1690 to 1871, the best and the brightest studied here. And it is said that this place is the birthplace of the Japanese school education. Although it finished taking its part in an educational institute after the restoration of Imperial power in 1868, the Confucian temple is still there. The building in this photo is the main hall of the temple. A big name tablet was hung at the entrance.

It is interesting that there were not so many Confucian temples in Tokyo even though the traditional Japanese society followed the Chinese culture and the Confucianism was the state doctrine. I think the Japanese people didn't have a faith somewhere in their hearts. It might be just a tool to rule. 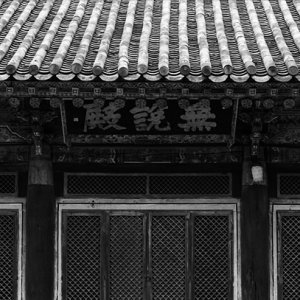 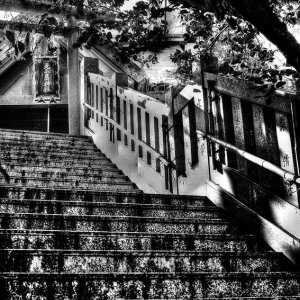 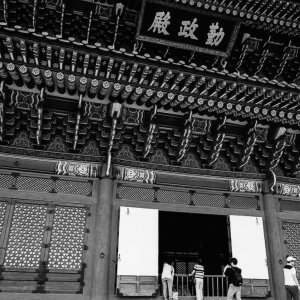 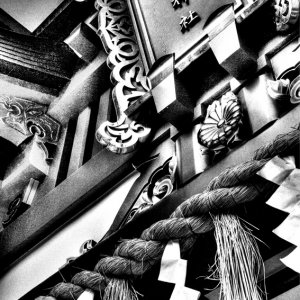 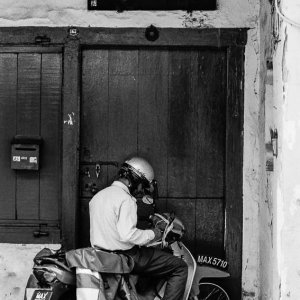 Motorbike Under The Name Tablet 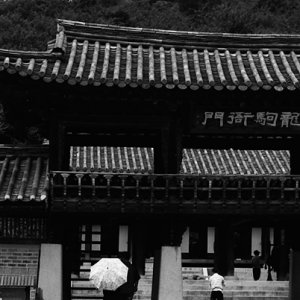 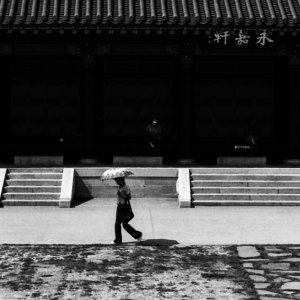 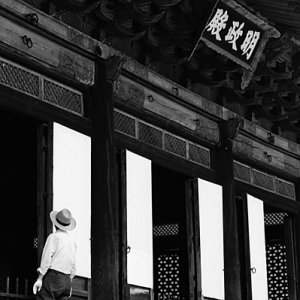 Man With A Hat In Front Of Myeongjeongjeon 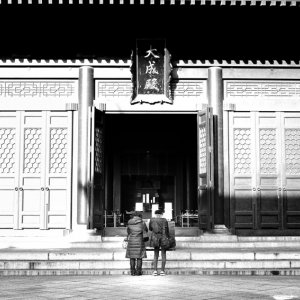 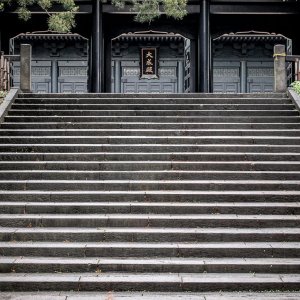 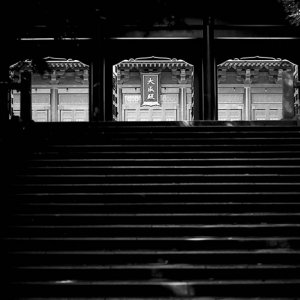