Bicycle Running At The End Of The Lane 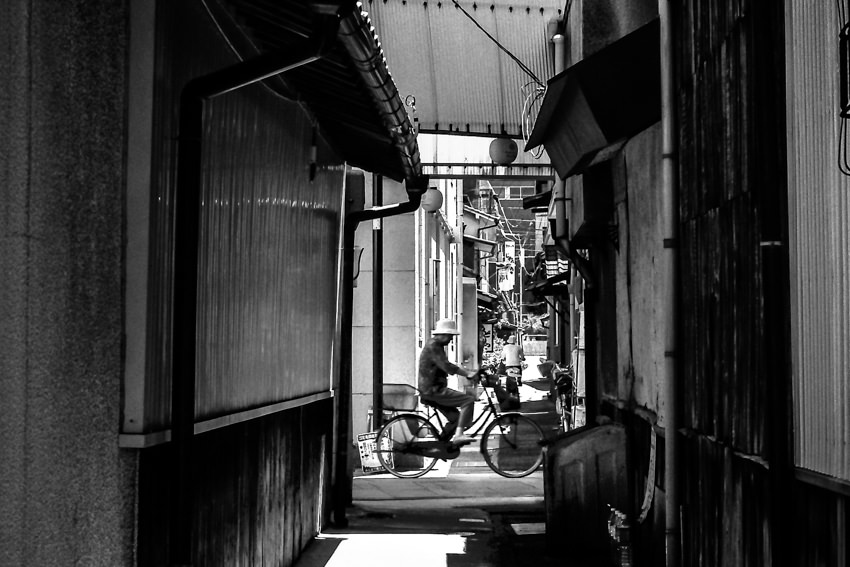 A bicycle cut across at the end of the lane

Shot in the city of Kotohira, Kagawa.

I was strolling about the shopping arcade in the temple town. The shops were doing business not only for the worshipers but also for the locals. The atmosphere was tranquil. Although the main street had a modest width, the side streets were narrow.

So I was attracted by the narrow lanes and entered into one of them. When I looked back at the main street, I saw a woman wearing a white hat. She was riding on a bicycle at the end of the lane and passed by at once.

Woman Standing In The Flow (Tokyo) 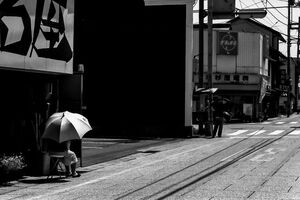 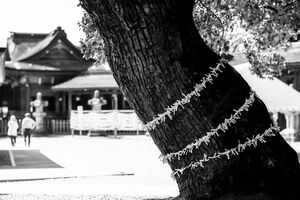 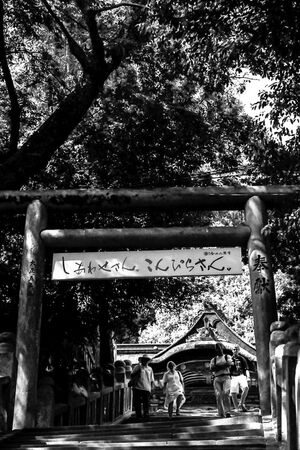 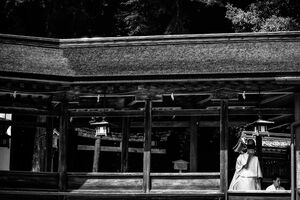 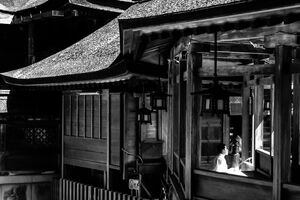 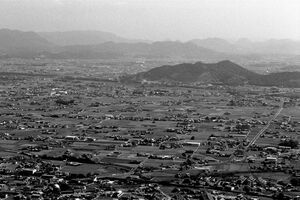 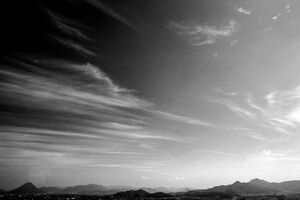 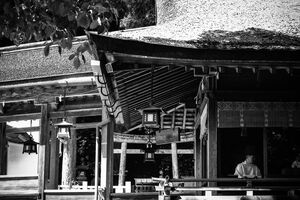 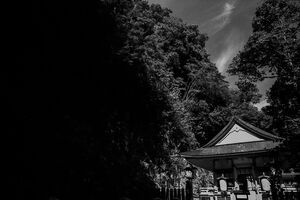 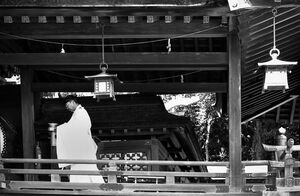 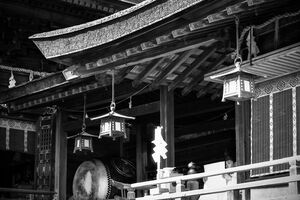 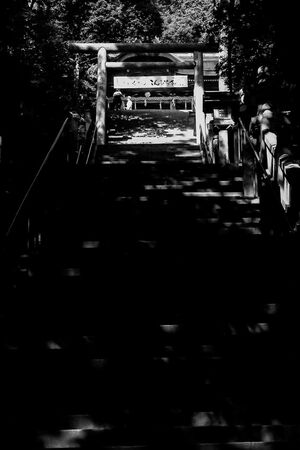 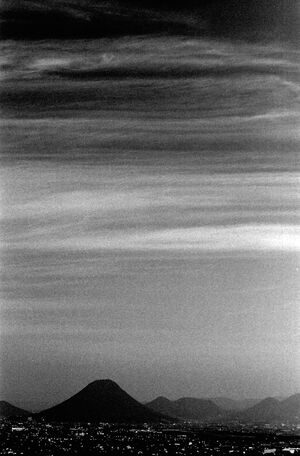 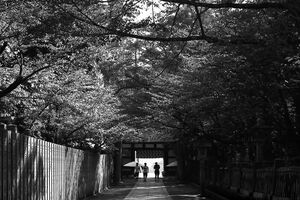 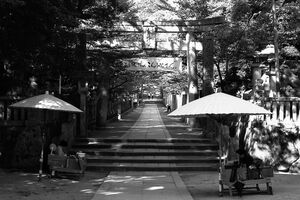 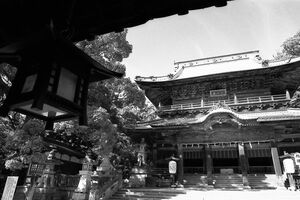 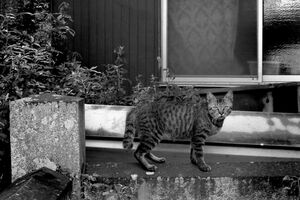 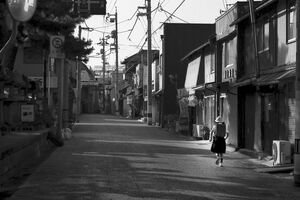 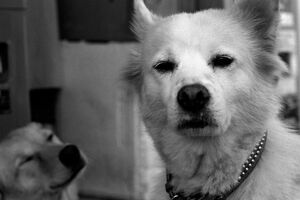 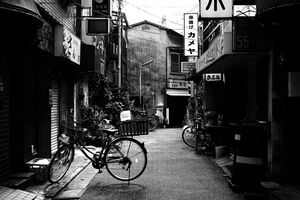 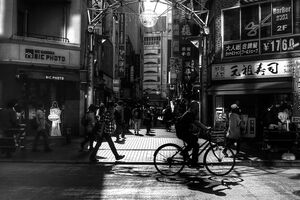 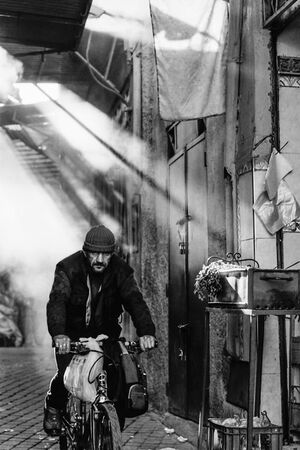 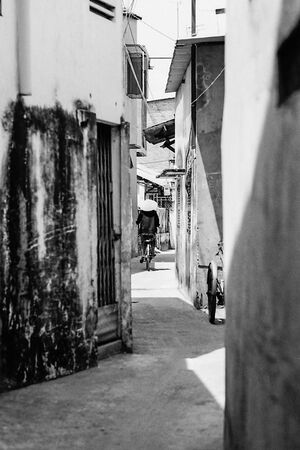 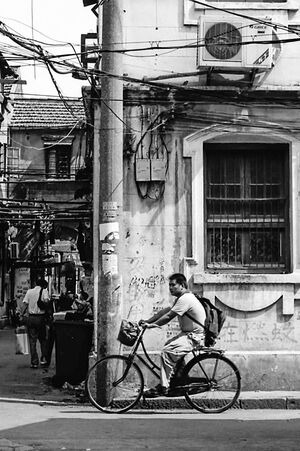 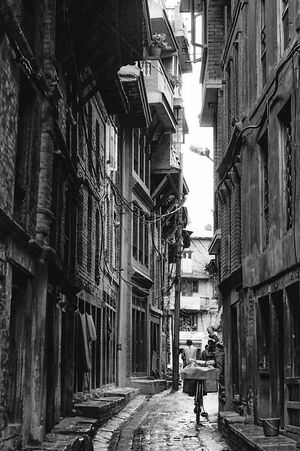 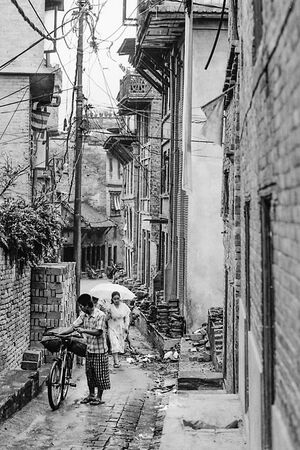