The woman was parading down a street

At the time of shooting, the Sanja festival, which was one of the biggest festivals in Tokyo was held in Asakusa. And many people paraded down the streets. The woman in the photo was one of them.

She was wearing a hairpiece and a traditional Japanese white makeup. And She was holding a stick like Khakkhara in her hand. Among many people in the street, she was easy to notice. She seemed to just come out from the textbook in history.

Back In The Sanja Festival (Asakusa) 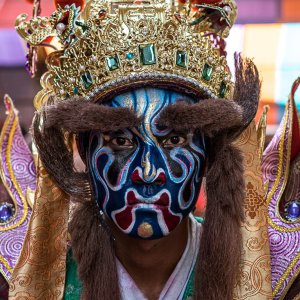 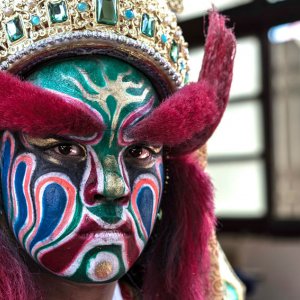 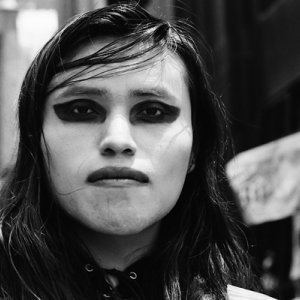 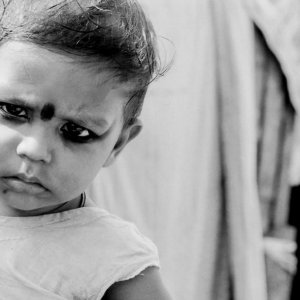 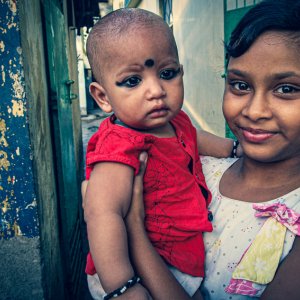 Girl Holding A Baby With Kajal 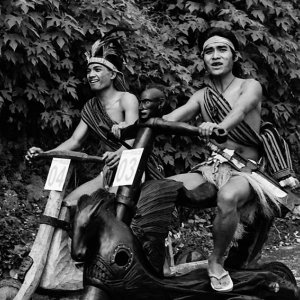 Men On The Wooden Bikes