Some people sat on the luggage carrier of a songthaew

A songthaew, a passenger vehicle was parked by the roadside. Some people clambered aboard already. And many bags were seen on the other side of them. They were ready to leave. Yet its engine was not started. The departure time didn't come. And the passengers waited for the departure time while sitting on the luggage carrier calmly.

When I stopped just in front of them, they looked at me altogether. A boy wearing a uniform of a football team sat in the center. And some hats were seen. I didn't see this kind of hats in the city during walking around. I thought it was common to see in the country area. 'OK' was written on one of the hats. 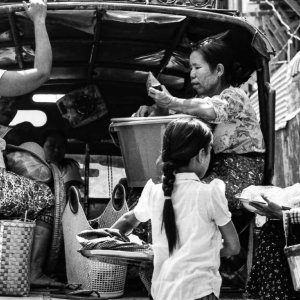 Women On The Loading Platform Of The Passenger Vehicle 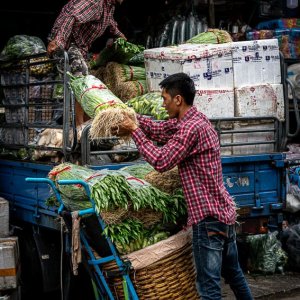 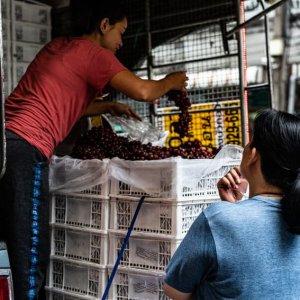 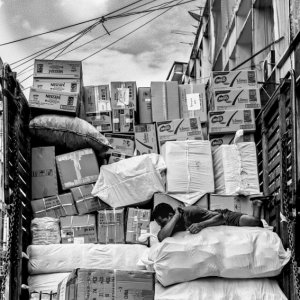 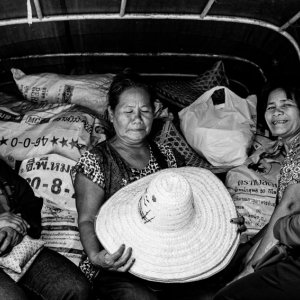 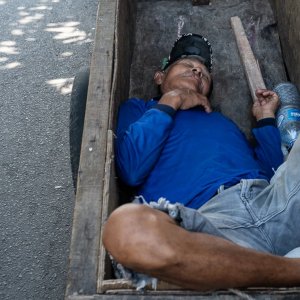 Man Taking A Nap On The Luggage Carrier 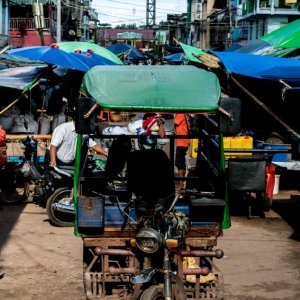 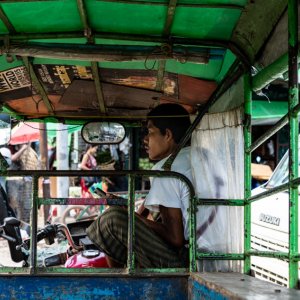 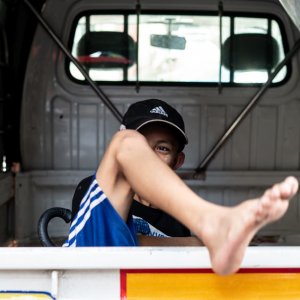 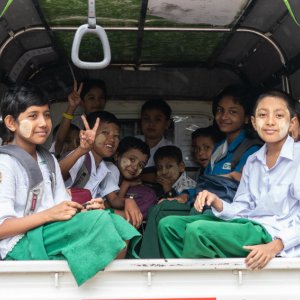 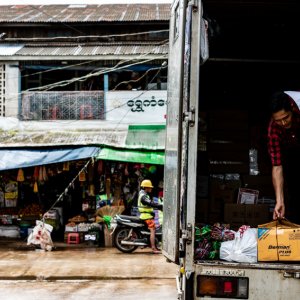