I was walking south on Hayam Wuruk Street. One motorcycle was parked by the roadside and a man was standing at the side. The hoodie he was wearing had a red and white Indonesian flag printed on the right side of his chest and the Gojek logo was seen on the left side. He must be a Gojek driver.

The man was standing next to his vehicle and was just refueling it. This red box-like object is a fueling machine. However, it could have no great mechanism. The liquid in the transparent tube attached to the top of the box was light oil, and it is pumped through the hose to the fueling tank. It looks and works the same as the drip infusion that humans do. When I pointed the camera at the driver, he gave me a peace sign with a playful look on his face, looking away.

Walking down a big street in the city of Jakarta, I often saw the drivers of Grab and Gojek. Many of them are wearing jackets with the logo of the service's name on them. They were often just waiting on the side of the road. So most of them seemed to be doing it full-time. And I felt that how firmly rooted in Jakarta the car dispatch service was. 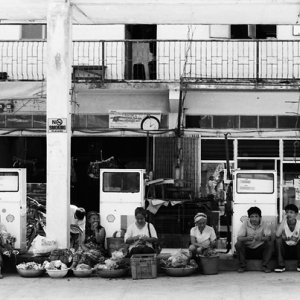 Hawkers At A Gas Station 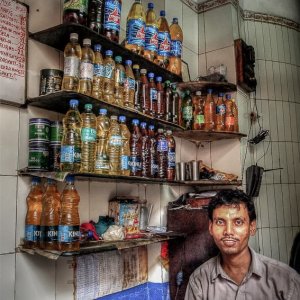 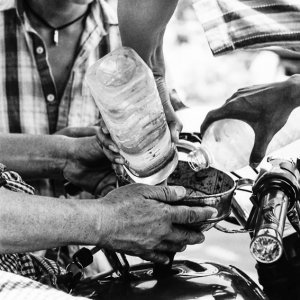 Now Refuelling With A Plastic Bottle 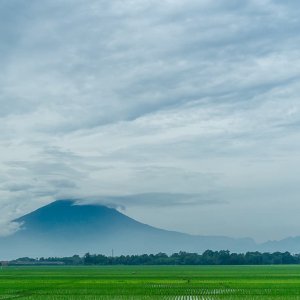 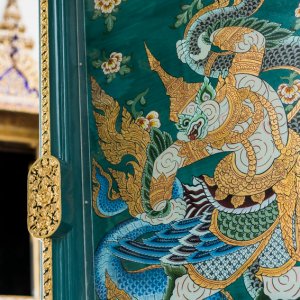 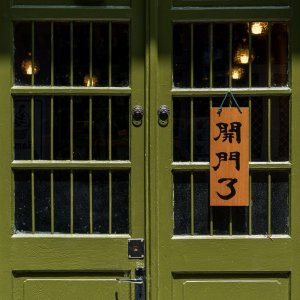