The men went by each other

Even though the auction was ended already, many people were still working in the inner market. And the passages were busy. People, including the visitors like me, were coming and going. The two men in this photo also gave the appearance of being busy.Besides, the turret trucks were also running around.

I thought I could feel the gaiety of this market much more than I felt at that time if I were here during the auction was conducted. Yet it was impossible for me, unfortunately. Anyway, I enjoyed the atmosphere. 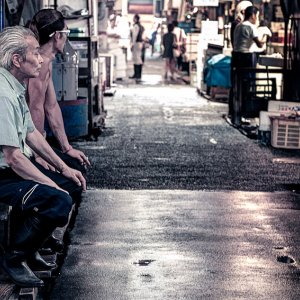 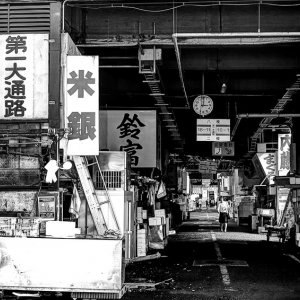 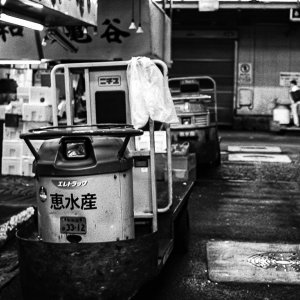 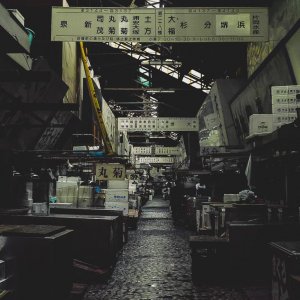 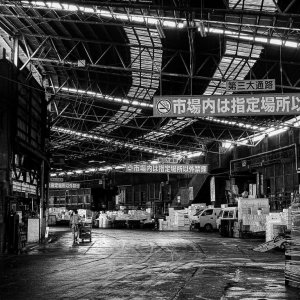 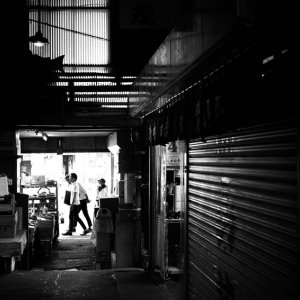 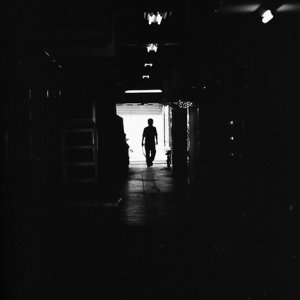 Figure In The Dark Passageway 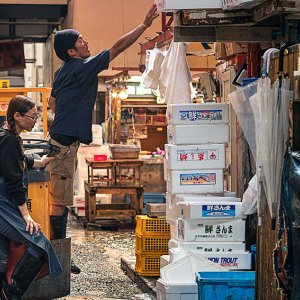 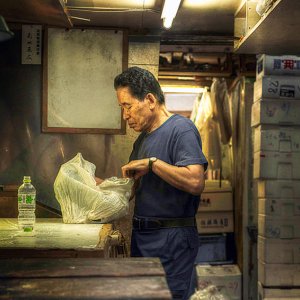 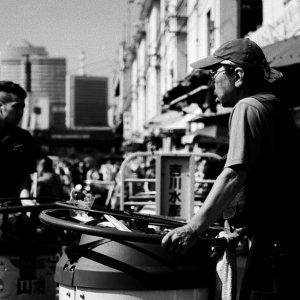 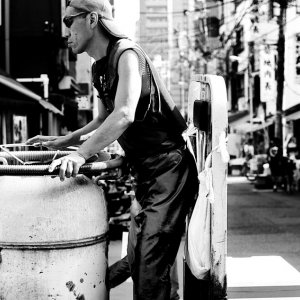 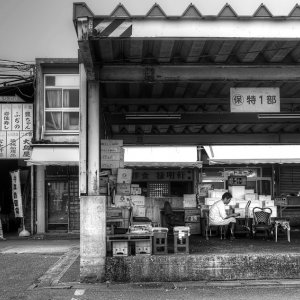 Man On His Break