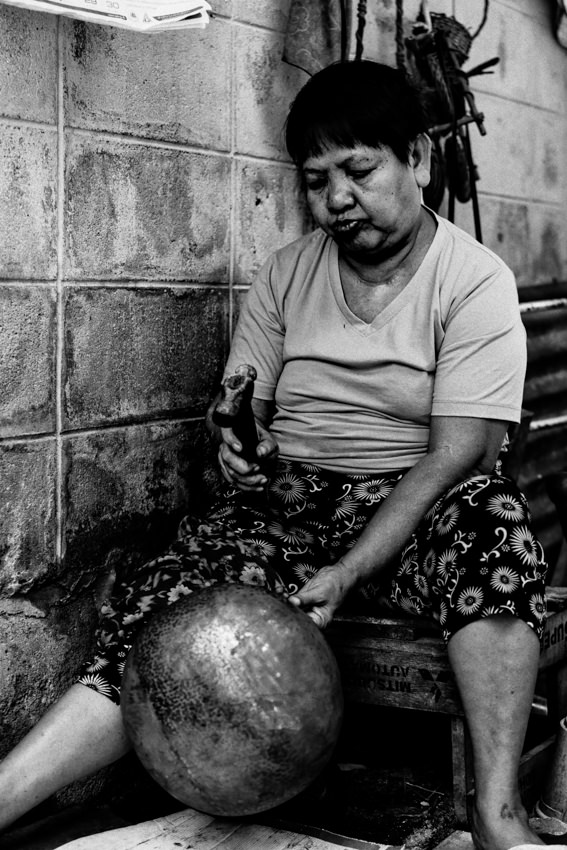 The craftsmen were working in the lanes. This district was called Ban Bat, the Monk bowl village, and the locals produced alms bowls used by Buddhist monks by hand. Although this traditional business category was becoming falling into a decline, the craftsmen were still working brawnily here.

The woman in this photo was hitting an alms bowl with a hammer while sitting by the wayside. Along with the men, many women worked here. She was just forming a shape of the bowl. Her face was frowning. I thought that was how the real craftsman was.

Where is Ban Bat? 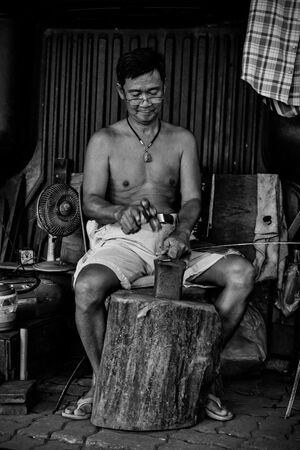 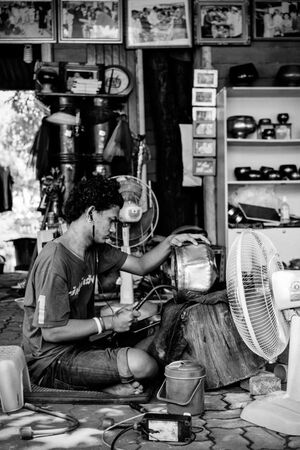 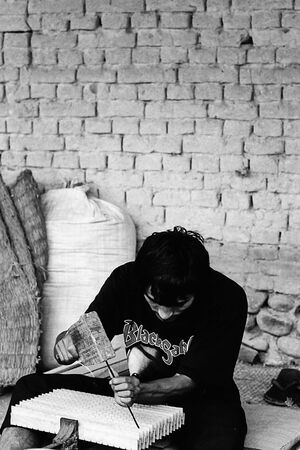 Man Was A Wood-carver 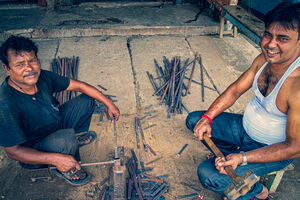 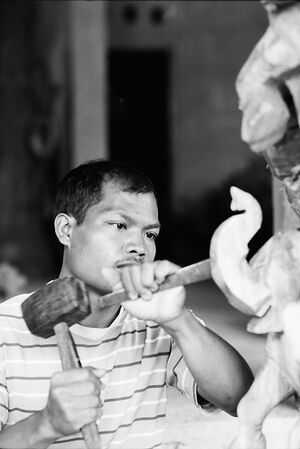 Craftsman With A Hammer And A Chisel 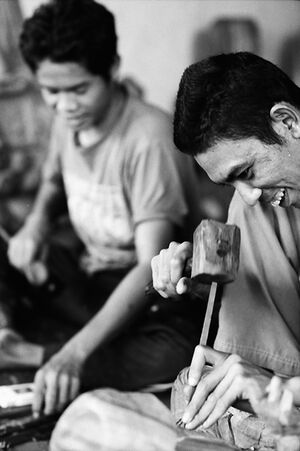 Man Working At A Studio 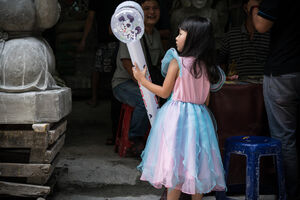 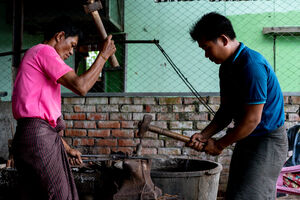 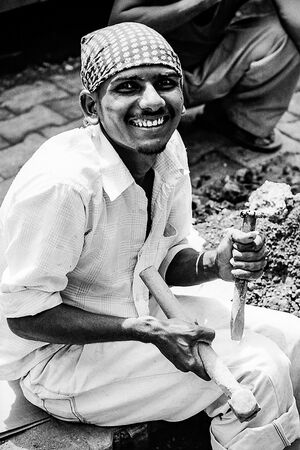 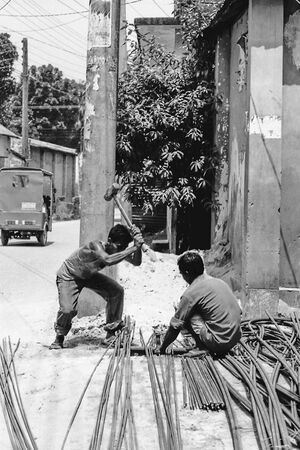 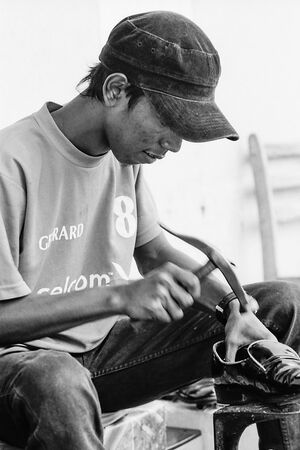 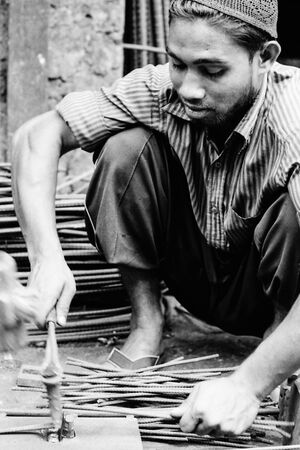 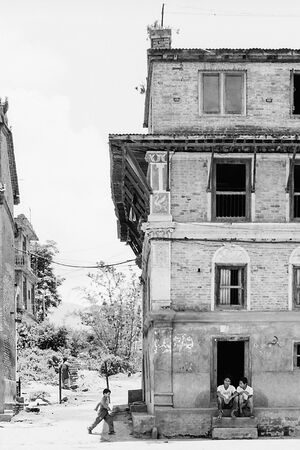 Two Men At The Door And A Walking Boy 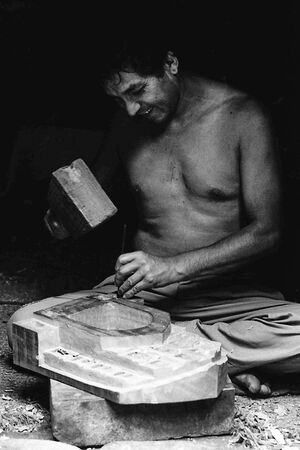 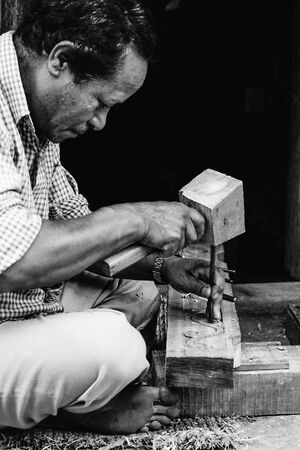 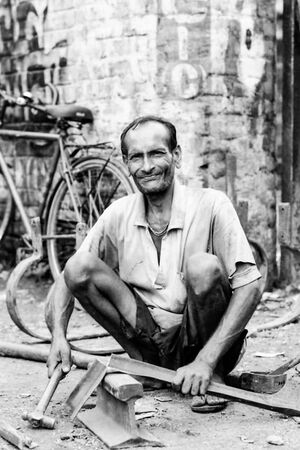 Hammer And Scrap Iron In His Hand 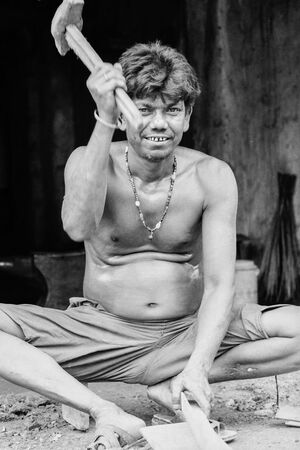 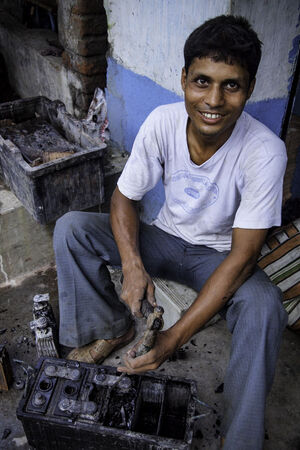 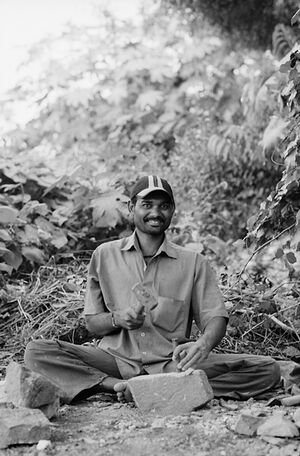 Hammer And Chisel By The Wayside 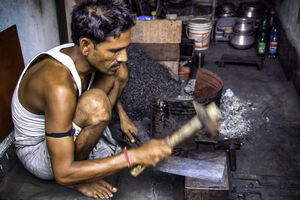 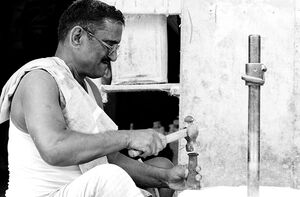 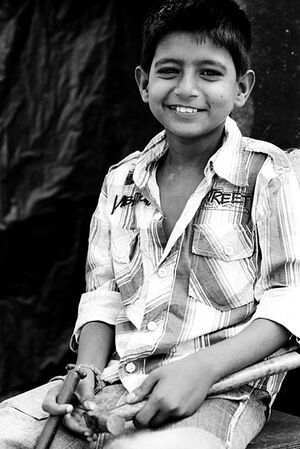 Smile Of A Boy Who Had Hammers 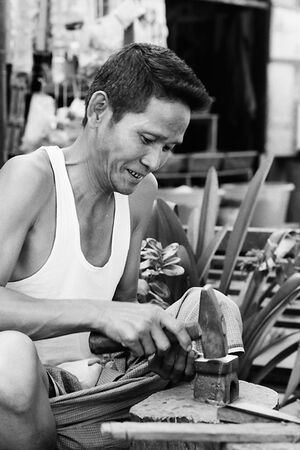 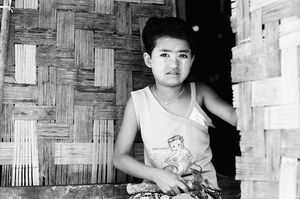