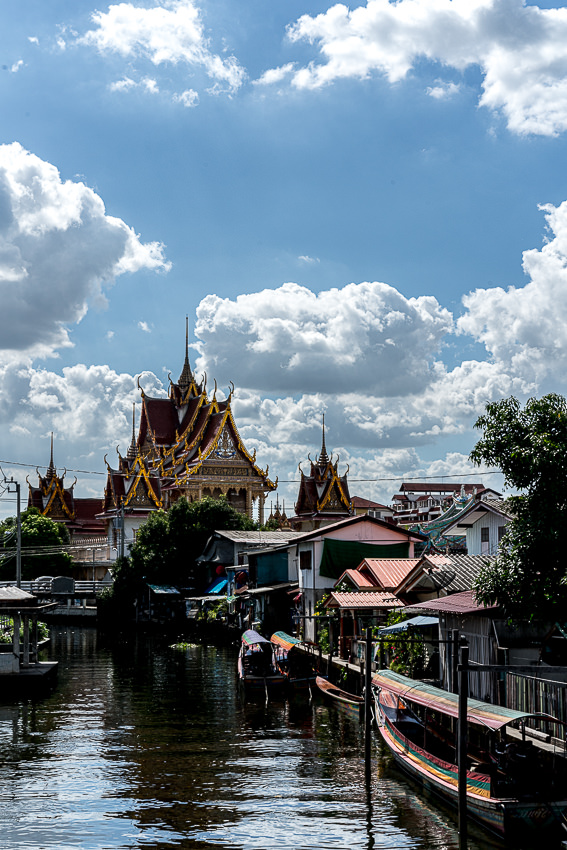 The surface was the canal was calm. Many canals were built in Bangkok. Once people came and went the canals. And the canals were used as a way for goods transportation. Yet the time went by. They were running away with the show by the ground transportation. Even though I stood on the bridge spanned over the canals, it was not common to see boats running.

At that time, I also stopped on the bridge. I could see some long and narrowboats moored. Yet no people were seen around them. The boats were tied up silently. And a Buddhist temple was seen on the other side of the boats. It towered in the residential area. And its figure was reflected on the water.

Man Watching The Face Of His Opposition (Thailand) 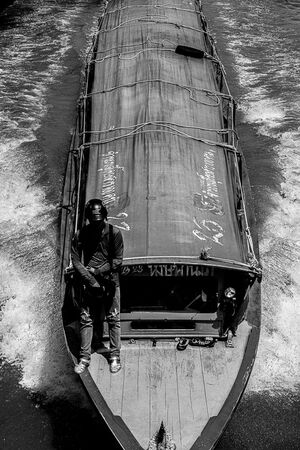 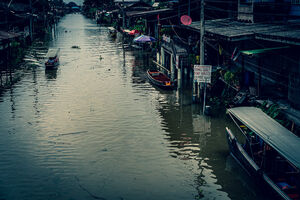 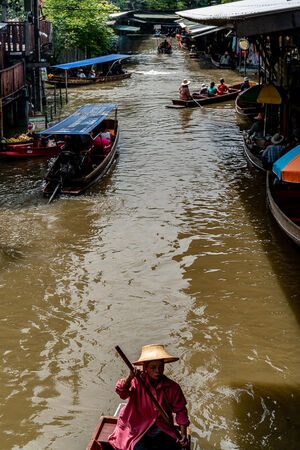 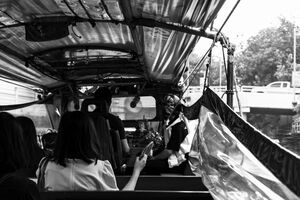 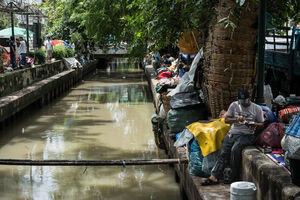 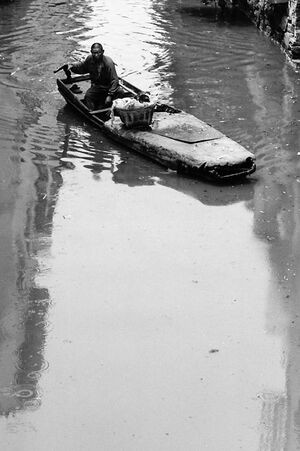 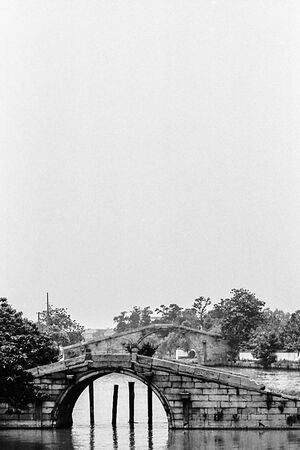 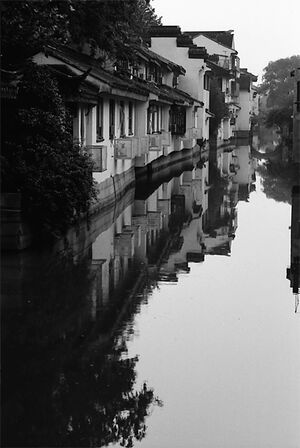 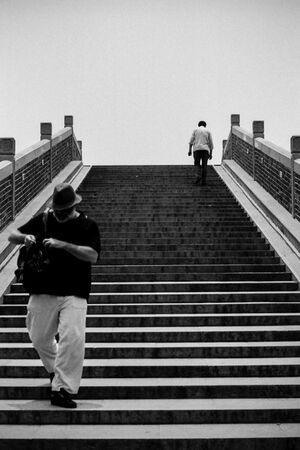 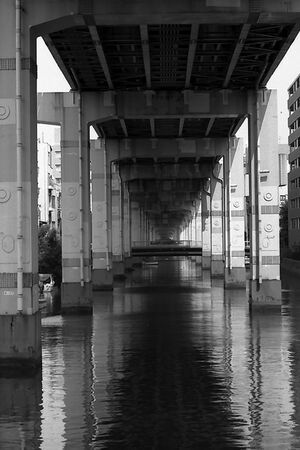 Waterway Under The Highway 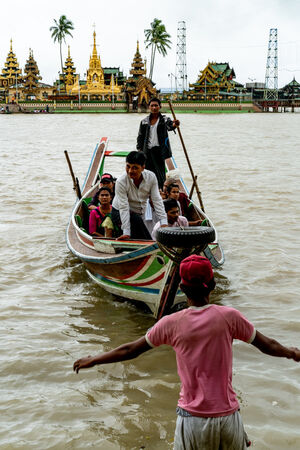 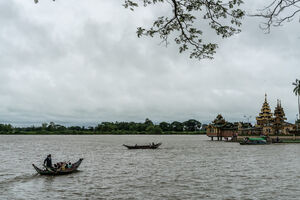 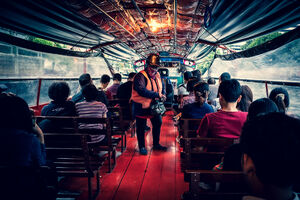 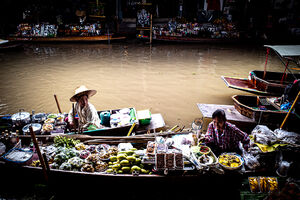 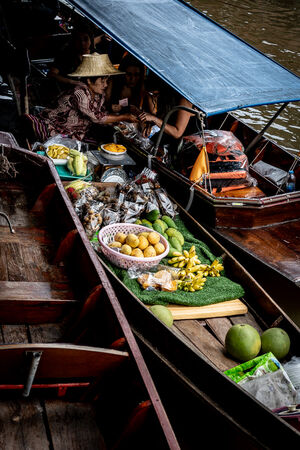 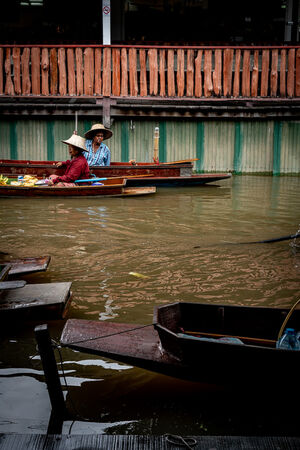 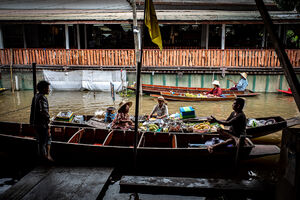