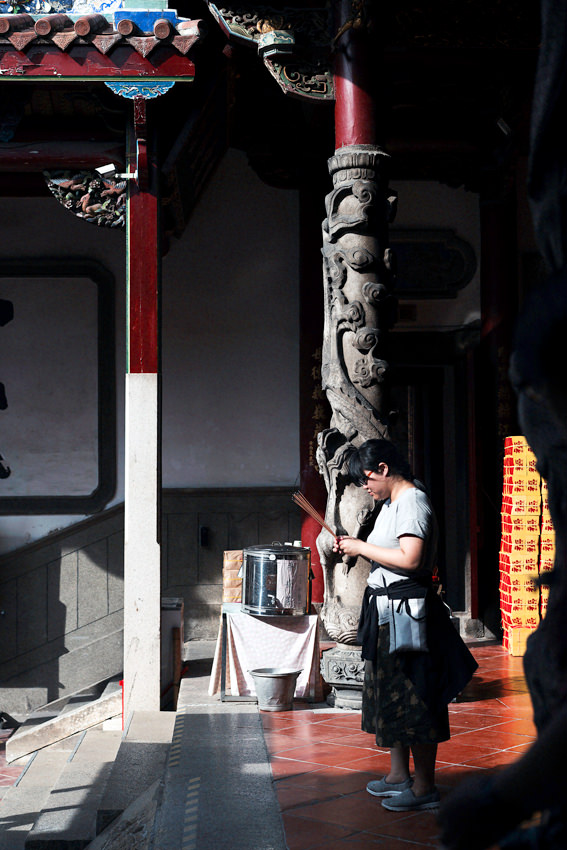 The woman was just praying

Entering into the hall, I found some worshipers inside. It is said this temple is one of the popular temples on this island. The woman in this photo was one of the worshipers. She had some incense sticks in her hands. And she was just praying with a serious look.

Where is Da Tian Hou Gong? 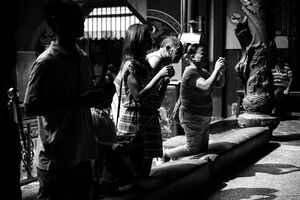 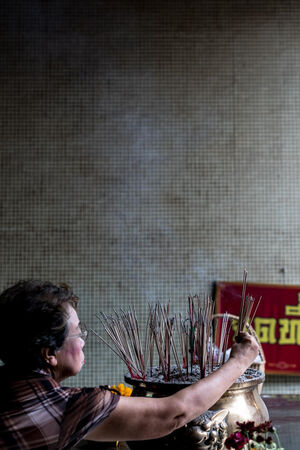 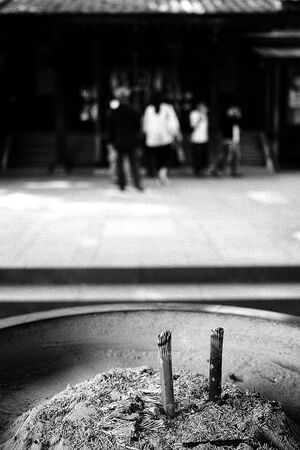 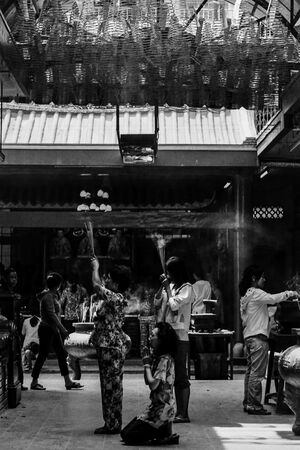 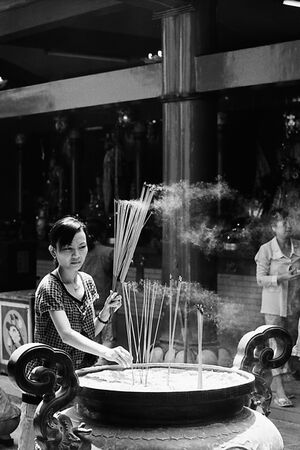 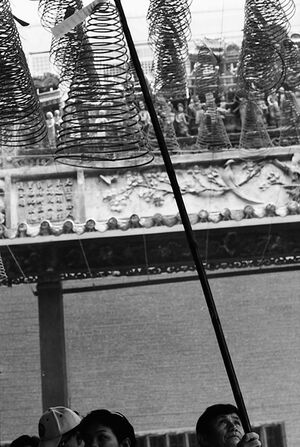 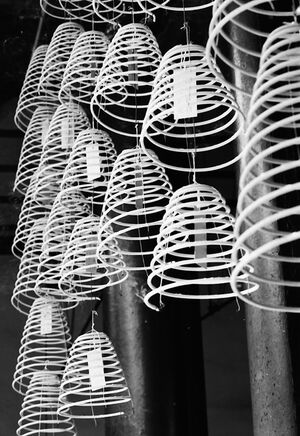 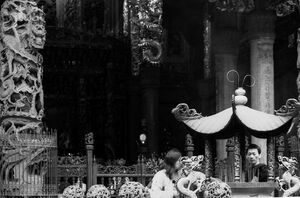 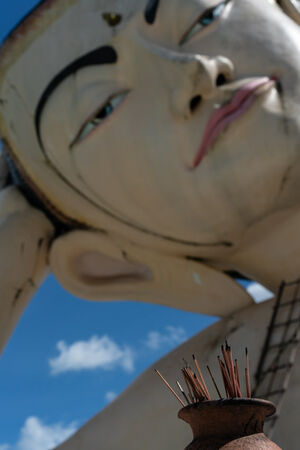 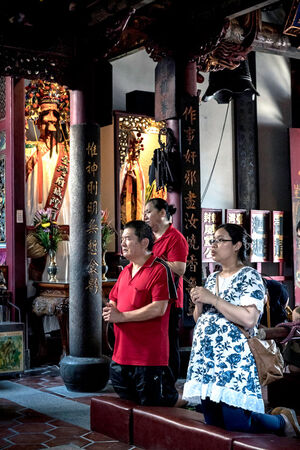 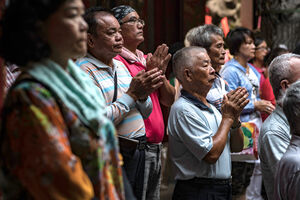 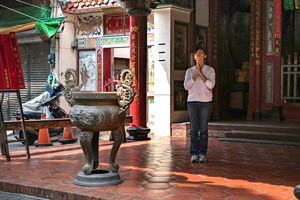 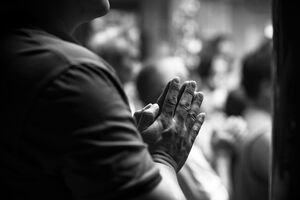 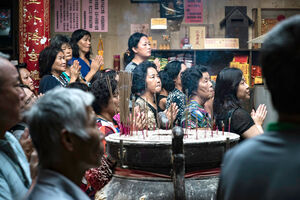