The pedestrians were silhouetted

It was already dark. Yet the street was crowded with the pedestrians. The city entered its key stage after the dawn. When I walked the street, I came to an electrical spectacular. Although it was shining, no advertisements were on it. It was just gleaming out.

Perhaps, there was an advertisement which was not able to be seen by the stupid fellows. And many silhouettes of the pedestrians were walking in front of it.

Man Standing With A Guitar (Shinjuku) 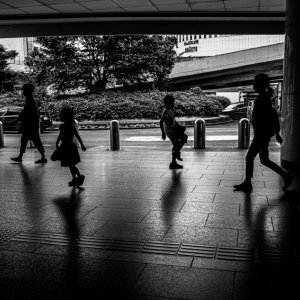 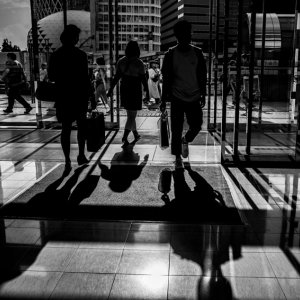 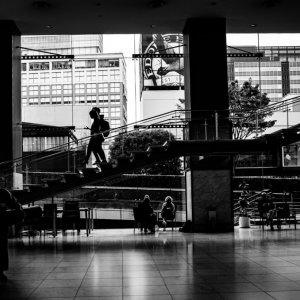 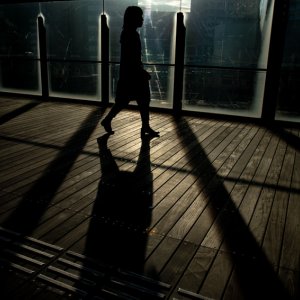 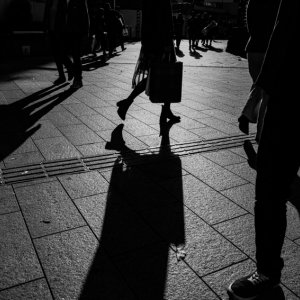 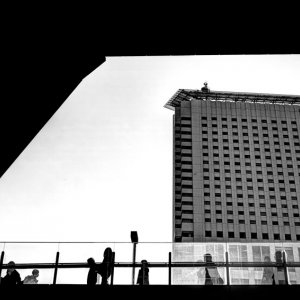