At the edge of a densely populated residential area beside the railroad tracks, there was a kind of terrace facing the tracks. There were benches set up, and even though it was a weekday afternoon, local people were relaxing there. This place seemed to have become a place of relaxation for the locals, just like the tunnel-like place I had just passed.

In contrast to the place where I was just before, the people who were relaxing here were all women. In Islam, prayers in mosques are held separately for men and women, giving the impression that they are practicing what is written in the Book of Rites, "A man and a woman are seven years old and do not share a seat". In Thailand, I've seen gossip sessions being held with both men and women, but I wonder if gossip sessions are held separately for men and women in Indonesia, where there are many Muslims. I'm not sure.

I also saw a baby on a bench, brought by his mother. He was perched on the bench, facing the railroad tracks right in front of him. The baby might have been waiting for a train to pass by. Unfortunately, it was a stranger, a foreigner, who walked by. 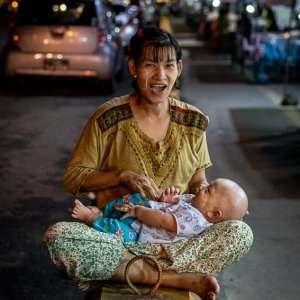 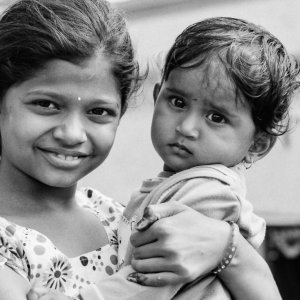 Young Mother And Her Confused Baby 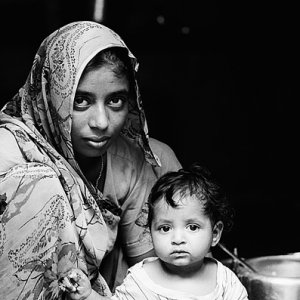 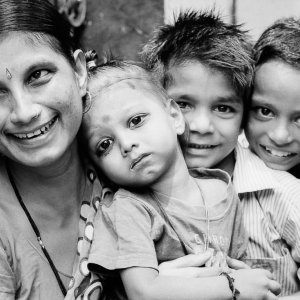 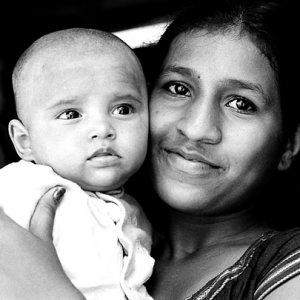 Mother Lifted Her Baby Up 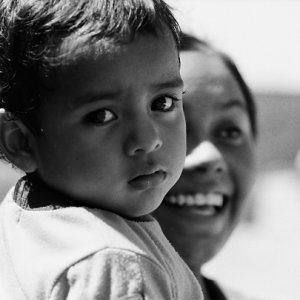 Anxious Face In The Mother's Arm 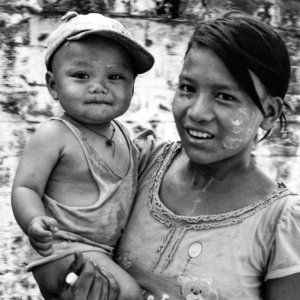 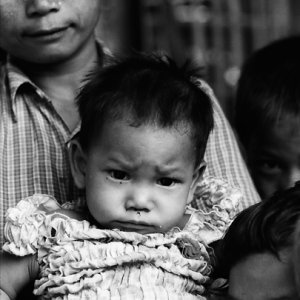 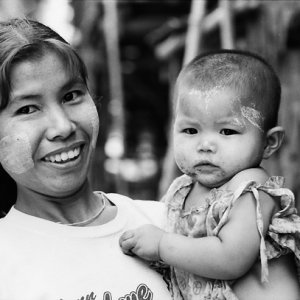 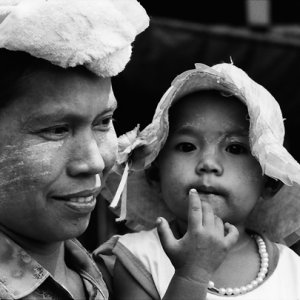 Mother And Her Kid Wearing A Necklace 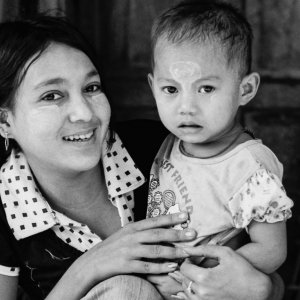 Little Boy And His Mother With Thanaka 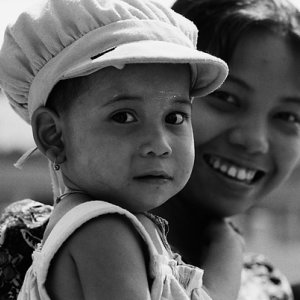