It was a rainy season when I came to Myanmar. So it rained at least once a day. And it drizzled during visiting this small village.

Myanmar was a part of the British Raj in the reign of Great Britain. It was ruled along with India, Bangladesh, Pakistan, and Sri Lanka. However, the cultures about the umbrella seemed not to be not mixed during the era. People in now other countries didn't carry around any umbrellas even though it was a rainy season. When it started to rain, it was common to take cover from the rain tamely for them. They didn't use any umbrellas as if they modeled on the people of their master country.

Yet the things were different in this country. The Burmese people usually had their own umbrella. And they walked with an umbrella when it rained. The boy in this photo also had an umbrella. When I held my camera, he smiled at me in a humorous fashion. 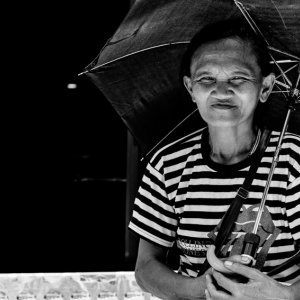 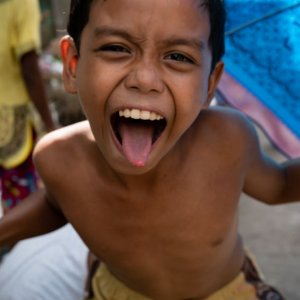 Boy Sticking Out His Tongue 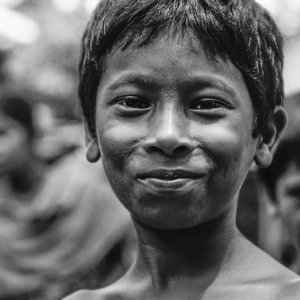 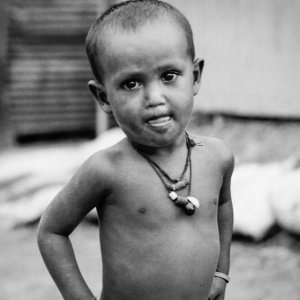 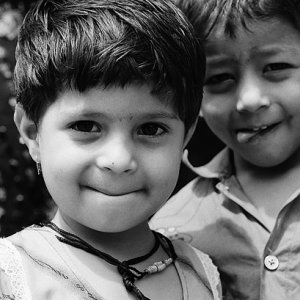 Close-lipped Girl And Boy Sticking Out His Tongue 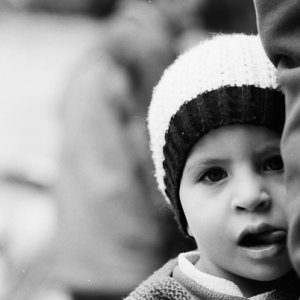