The dwellings in this small village were built along the Dalah river which was one of the subsidiary streams of the Yangon river. Passing by the dwellings, I found members of a family at the entrance of a house. A mother and her four kids were lazy and relax together. Their father was not seen with them. Perhaps, he just worked at that time.

When they saw me holding my camera, their reactions were different from each other. The mother was not interested in my gear and kept giving one of her daughters a trim. And the daughter trimmed by the mother hid her face behind her brother because of her shyness. The brother looked at me with an absent air. Another daughter whose face was painted with Thanaka did not pay attention. And the baby held by her sister watched me doubtful. 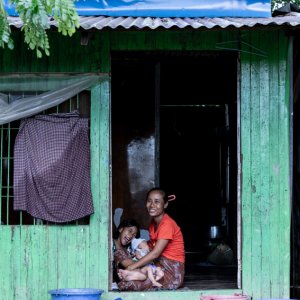 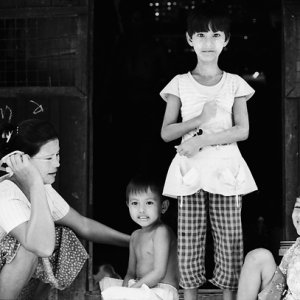 Parent And Children In Front Of A House 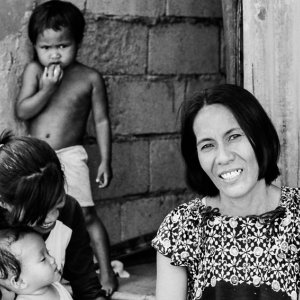 Family Relaxing In Front Of Their House 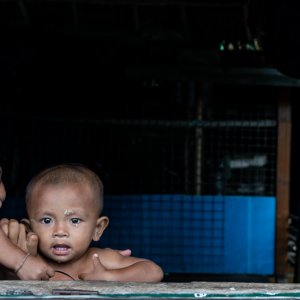 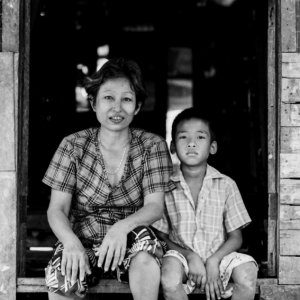 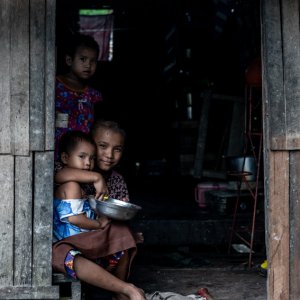