The sidewalk was wide and deserted. Not many automobiles ran the street, neither. Because it was a weekend, the street was wrapped by the pastoral atmosphere. Most of the shops in the street were closed. So the guardsman in this photo might have nothing to do on that day. He was taking a nap on the chair placed on the edge of the sidewalk.

A switched fan was placed just in front of him. He was sleeping while getting some air. However, he wore a pained look. I thought where he slept was an uncomfortable place to sleep. To lay down on the bed was the best way to sleep comfortably. 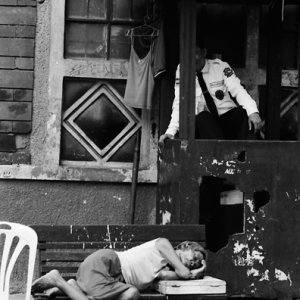 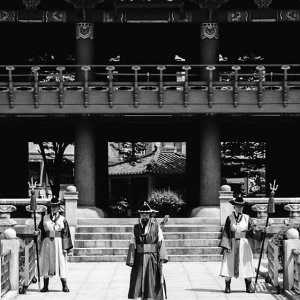 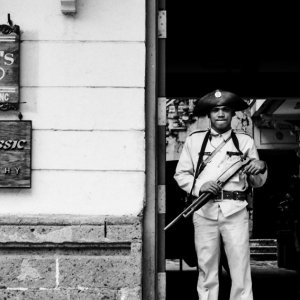 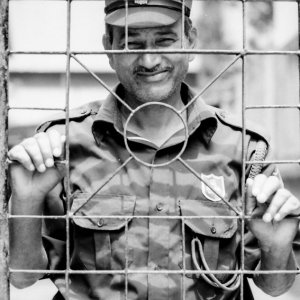 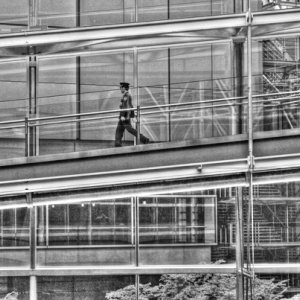 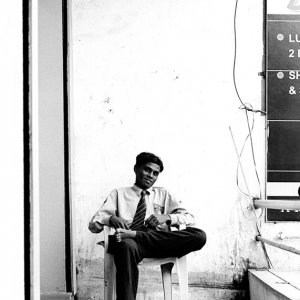