The food stall selling otak-otak did business near Fatahillah Square

Fatahillah Square, which is surrounded by heavy white colonial buildings, was very crowded. A lot of tourists, including me, were moving around in the square. The center of the old Batavia was unexpectedly crowded. In one corner, there were some street performers who were not sure if they were cosplaying, acting as statues or both.

Take the road that runs through the square and between the old buildings. Perhaps it is a rule that any stalls cannot operate inside the famous square. As soon as I stepped outside the square, the number of stalls increased. In a place with such a large number of people, there are also a lot of people who are trying to do business with these people.

The stall in this photo is also a food stall at a little distance from Fatahillah Square. It was selling something like fish cakes called otak-otak. It is a fish paste mixed with tapioca and spices, wrapped in banana leaves and baked. It seems to be a common street snack in Indonesia. 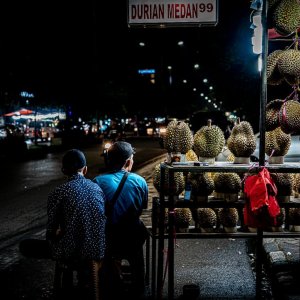 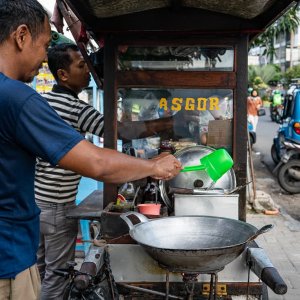 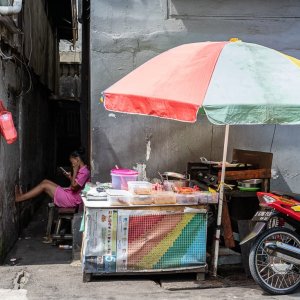 Woman Relaxing Behind The Food Stall 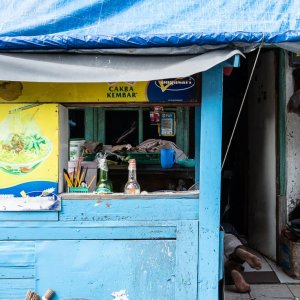 Feet Seen Behind The Food Stall 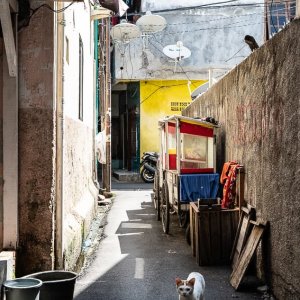 Mobile Stalls By The Wayside 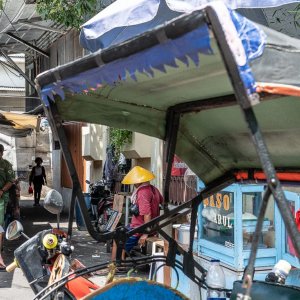 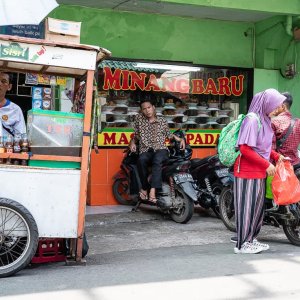 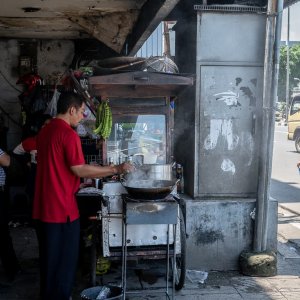 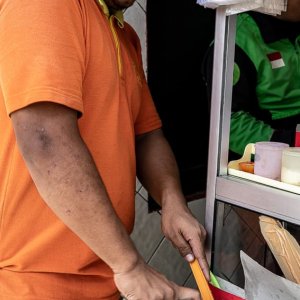 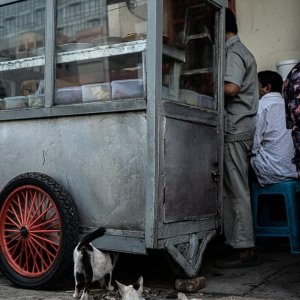