The fisherman was standing in the small river

Although Denpasar is the largest city on this island, the atmosphere is not touristy. The locals go about their daily lives as usual. The man I found during walking around seemed to also go about his daily life.

He was stripped to his waist and stood in a small river near a bridge. He had a poochy belly and a fishnet in his hand. And he was keeping the river under close watch. He seemed to be after prey. I was the only person who was interested in the man. On the other hand, many people came and went on the bridge. I felt there were different worlds on the bridge and under the bridge. 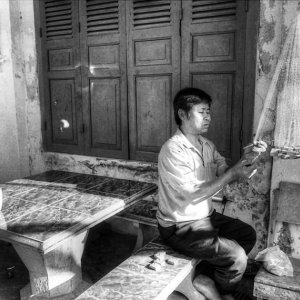 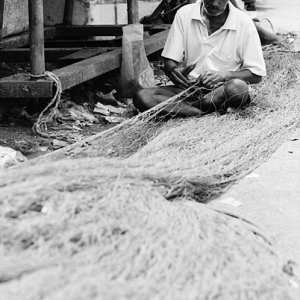 Fishing Net On The Ground 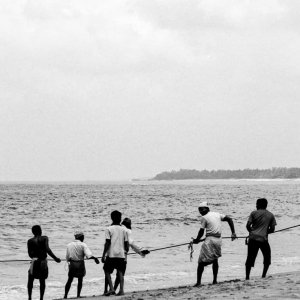 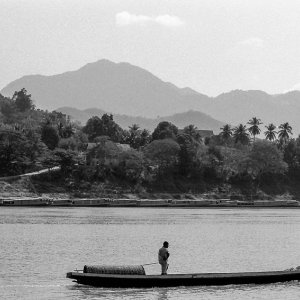 Man Standing On The Long And Thin Boat 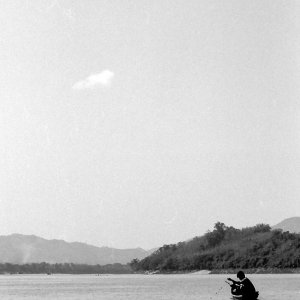 Lonely Fisherman In The Mekong River 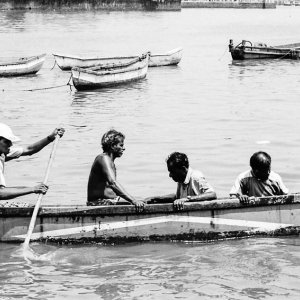 Four Men On The Boat