Shot at Yaegaki Jinjya, a Shinto shrine in Matsue, Shimane.

When I came to the prayer hall, two women were just praying under the thick rope. I was waiting for them finishing praying at a distance. Same as Izumo Taisha, the deities enshrined in this shrine were believed as the gods of marriage. So it experienced popularity of young women.

The love affair was also a major preoccupation for the women. The shrine was famous for the fortune-telling done in the pond.

Where is Yaegaki Jinjya Shrine? 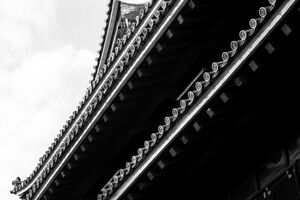 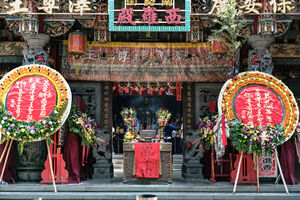 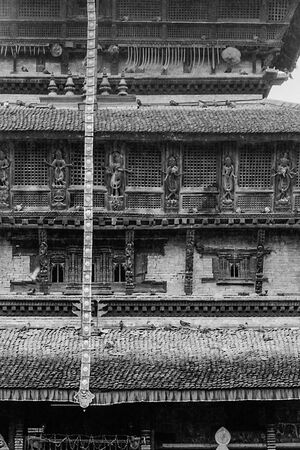 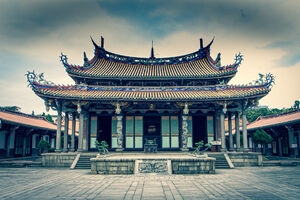 Couple Worshipping In A Small Shrine 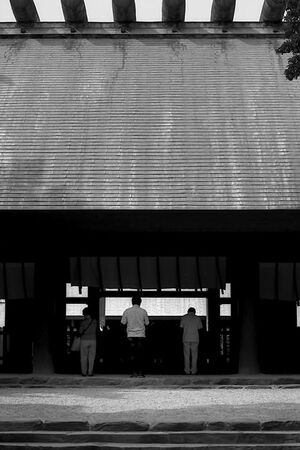 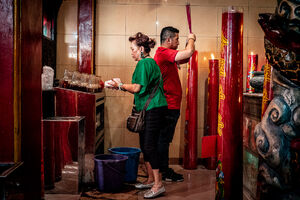 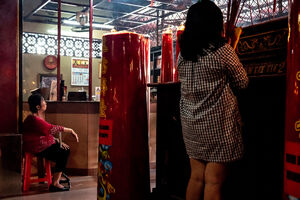 Each Altar Had Its Own Woprshippers 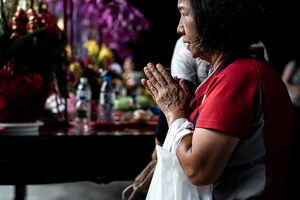 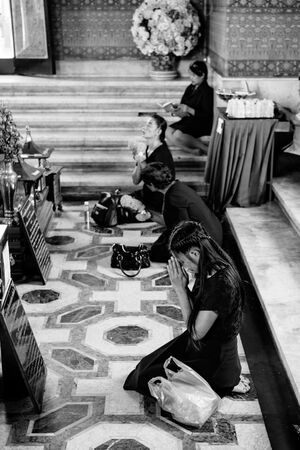 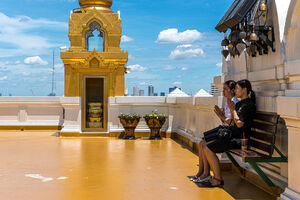 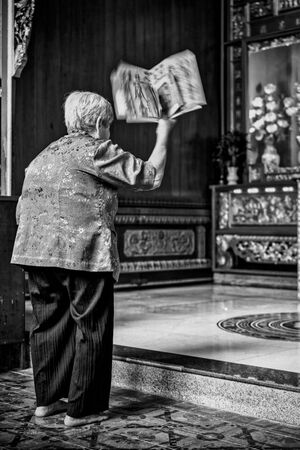 Older Woman In Front Of An Altar 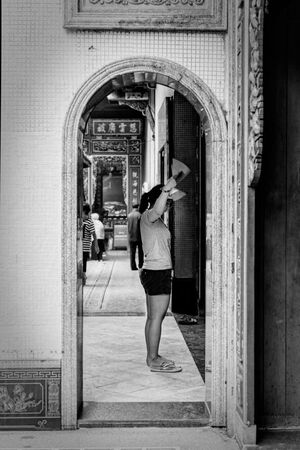