The boy had lunch in a corner of the market

Stopping watching the traffic, I went back to the inside of the market. The atmosphere of the market hardly had any relation to the weather. And it was still tranquil. The staffs were lazy and relax. In the situation, I found a boy sitting among the baskets. Although he didn't work at that time, he was ebullient. He was just taking a late lunch in a corner of the market.

Seemingly, he was hungry so much. A rotund lunch box was in his hand. And he put food into his mouth directly. I didn't know what he ate. Anyway, it seemed so delicious. He was a good eater. 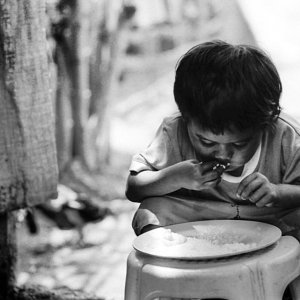 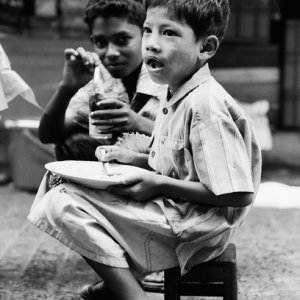 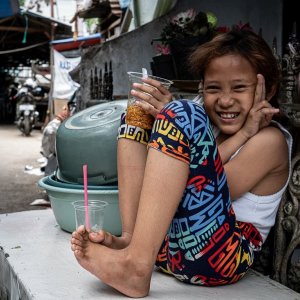 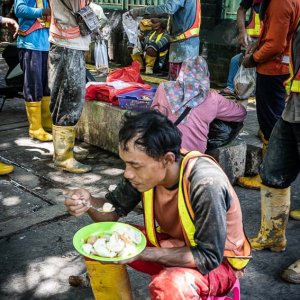 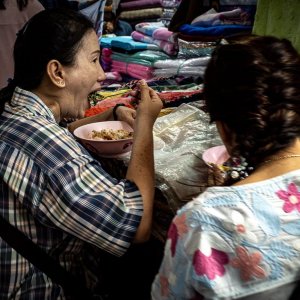 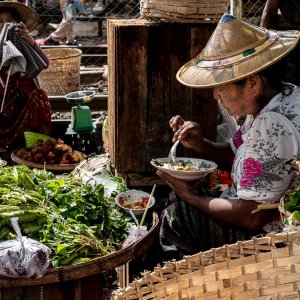 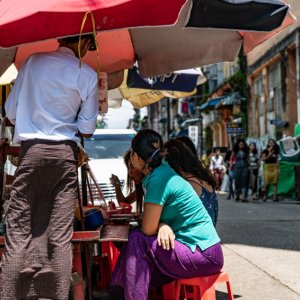 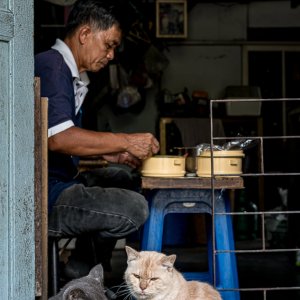 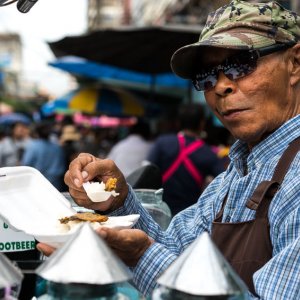