Baby Buggy In The Precinct 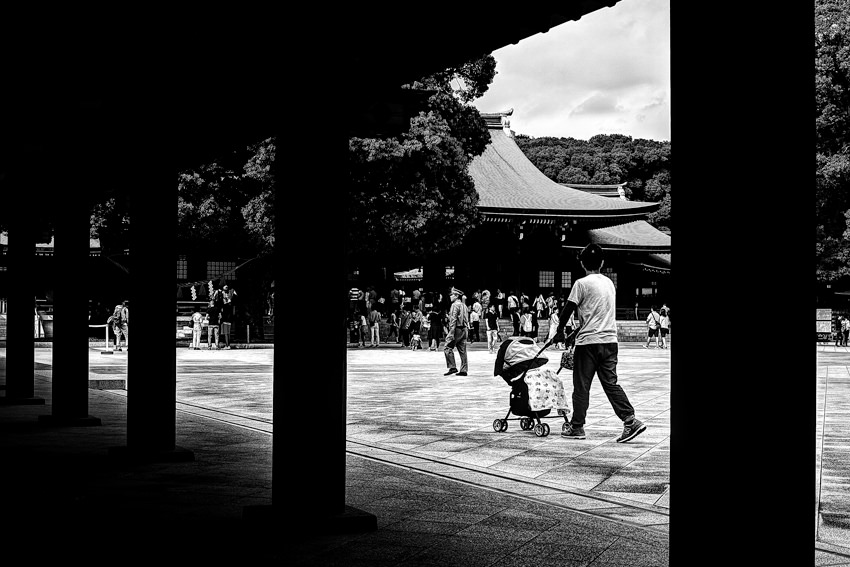 A father was pushing a baby carriage

The shrine was crowded and many worshipers came to pray. Yet they were not so many as they filled the precinct. The courtyard was spacious. Most of them gathered in front of the prayer hall and the cloister which surrounded the courtyard was deserted.

So I stood there and watched the worshipers with an absent air. Then, a father who pushed his baby buggy appeared in my sight. Although the courtyard was stone-paved and flat, there were many steps and the approach was unpaved. I thought it was difficult to push a baby carriage in the shrine. 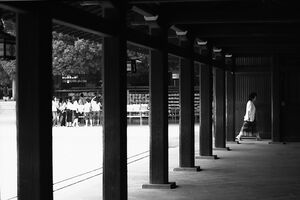 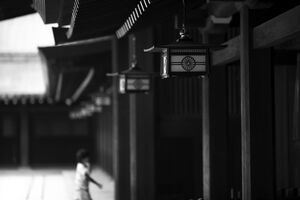 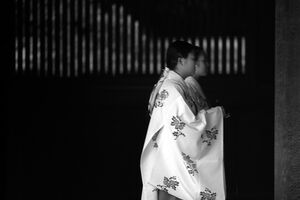 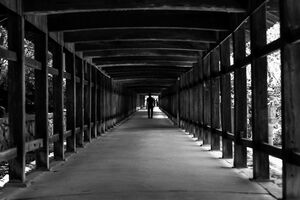 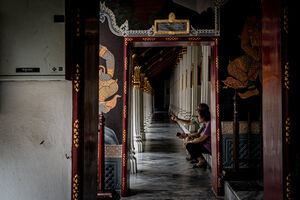 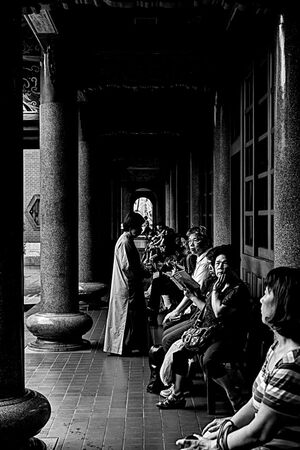 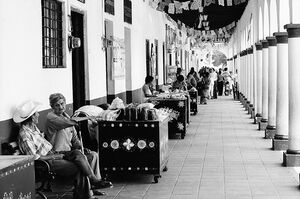 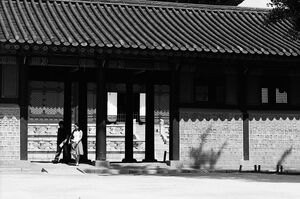 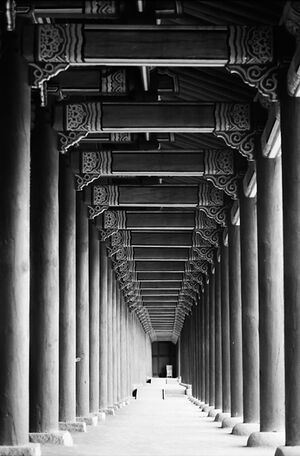 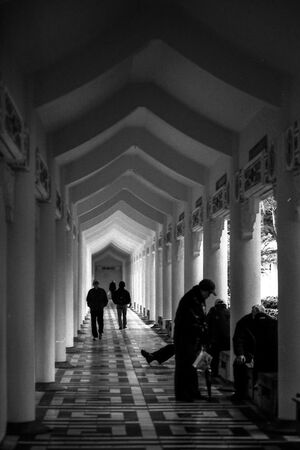 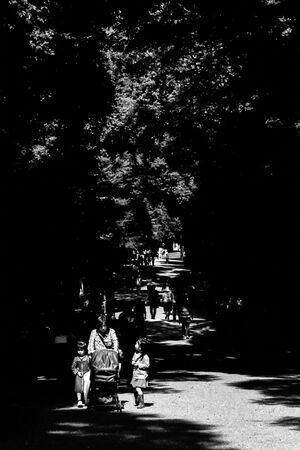 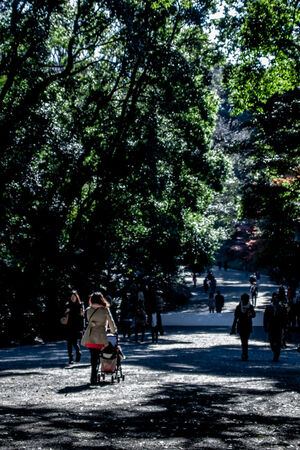 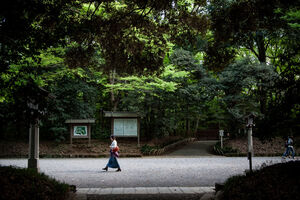 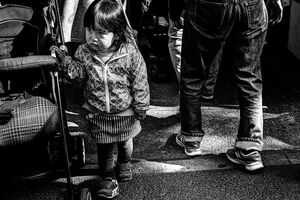 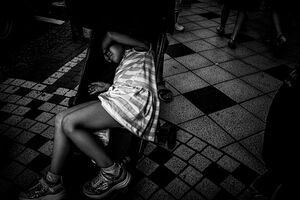 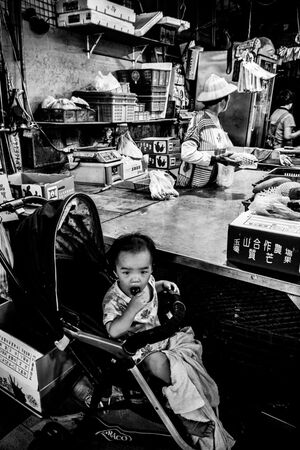 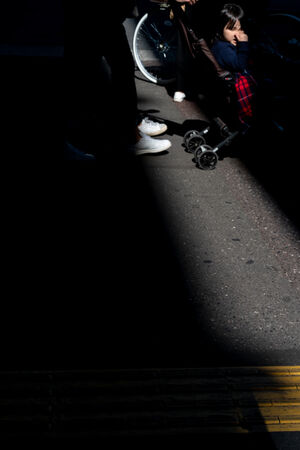 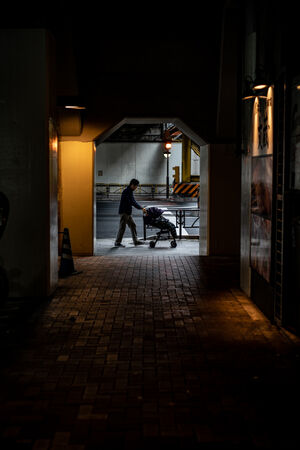 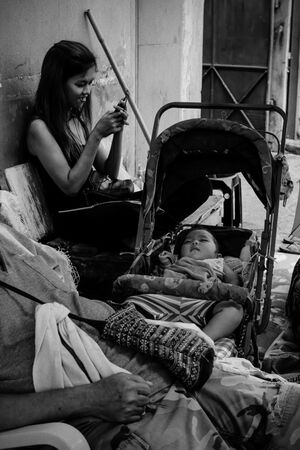 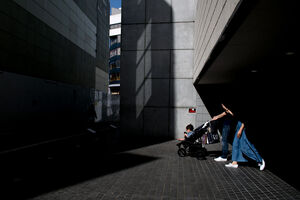 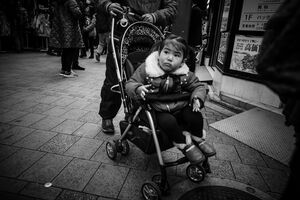 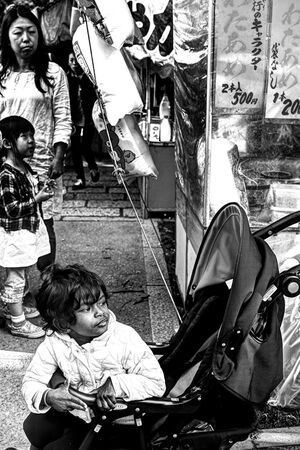