The young man put a big basin on his head

A young man was walking while he was putting a tray and a basin on his head. They looked like a big soup bowl. It was a common way to carry burdens to put on the head here. Yet I thought it was difficult to keep balance.

Both of them were made from metal and seemed to be heavy even though the basin was empty. However, the thick-lipped sapling had a cell phone in his hand and wore an air of nonchalance. It was a simple matter for him. 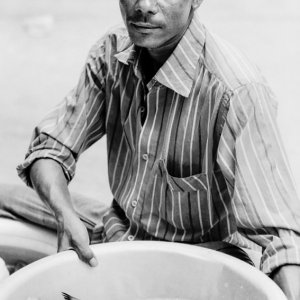 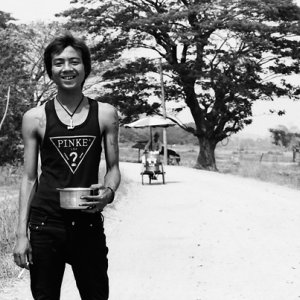 Man Holding A Cigarette And A Basin 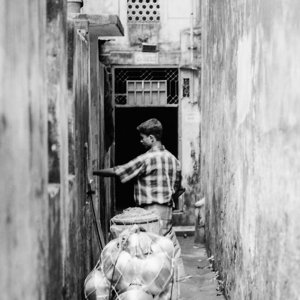 Many Metal Basins And A Man 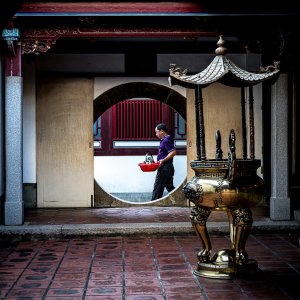 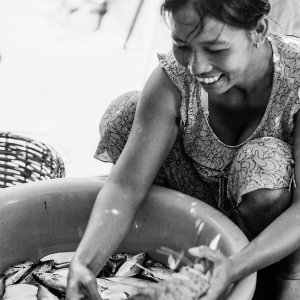 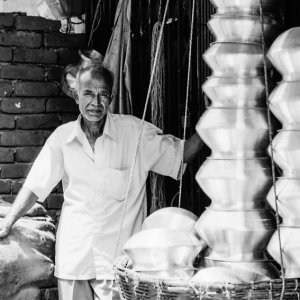