There was a wall made of galvanized sheets. It was tall and I couldn't see inside. Yet there was a place where the sheet turned outward. Looking into the inside, some plastic basins and some laundries were seen there. The place seemed to be a washhouse belonged to a dwelling. And I found a little kid playing under the laundries.

A small wooden table was placed in front of it and a plastic bottle was in his hand. Seemingly, it used the small table to resemble a dining table. It might play house by itself. Because its hair was short, I thought it was a boy. Yet it might a perceived notion. Anyway, it was absorbed in playing. And it never looked back at me during watching. It didn't get a whiff of me. 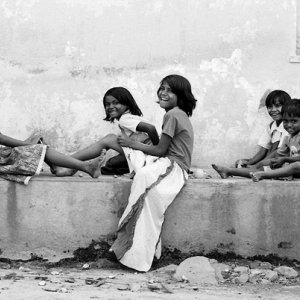 Children Playing By The Wayside 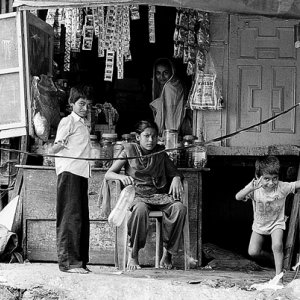 Children In Front Of A Shop 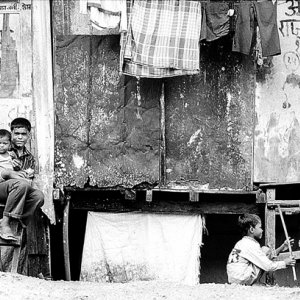 Kids By The Wayside 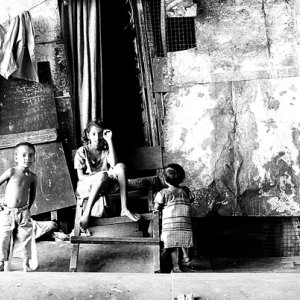 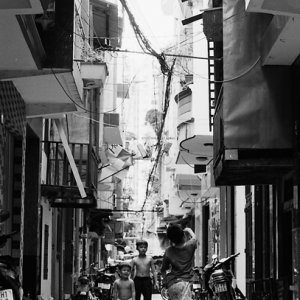 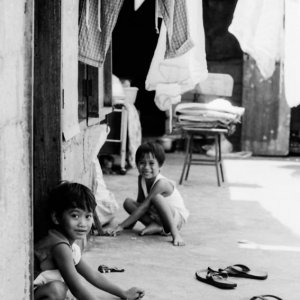 Two Kids Playing In Front Of A House