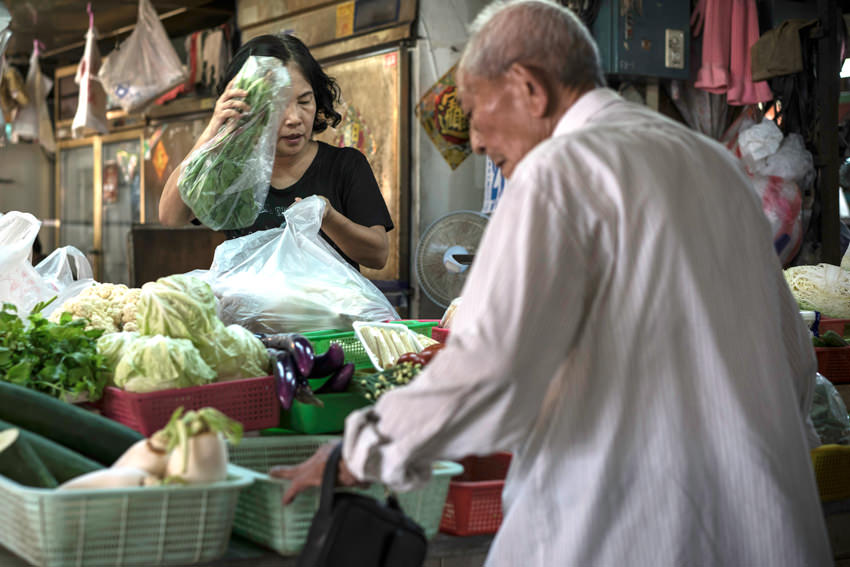 The woman was grabbing a bunch of spinach

The woman was working in a greengrocery in the market. Various vegetables were displayed in front of her. I could see eggplants, cabbages, radishes and others. In the meantime, an old man came here to buy something. He looked around what was sold there and told her his order.

While she was taking the order, she was picking up the vegetables and bagging into a plastic bag in a workmanlike manner. When I focused on her, she was about to stuff a bunch of spinach into the bag. The bag became full in two shakes.

Where is Shuixian Temple Market?

Scooter In A Messy Lane (Taiwan) 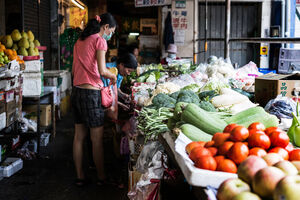 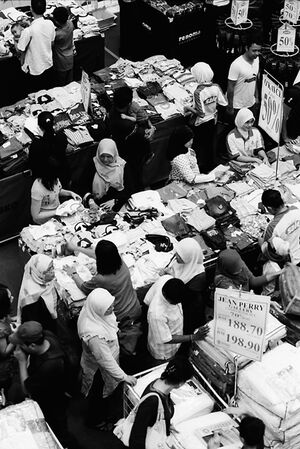 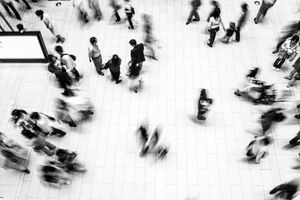 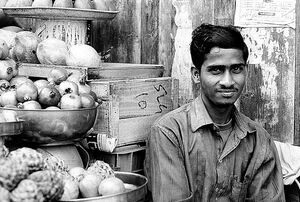 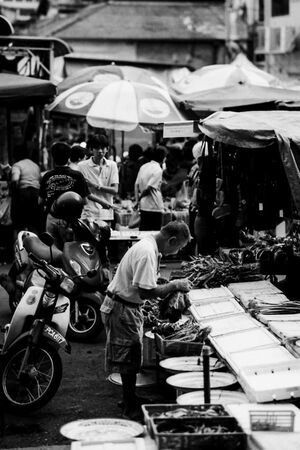 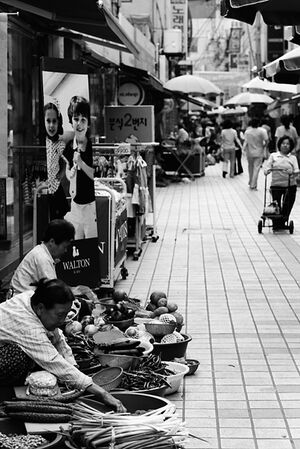 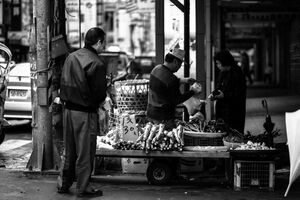 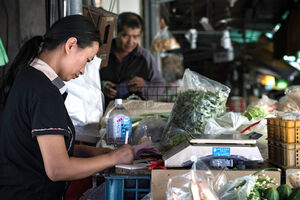 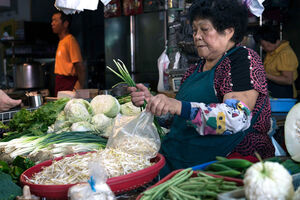 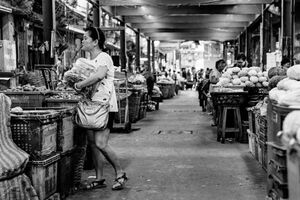 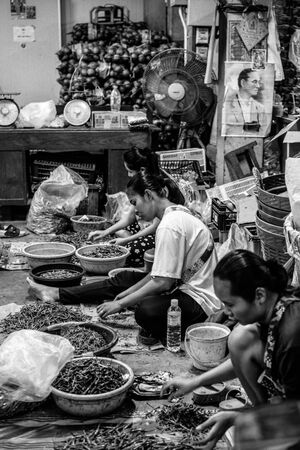 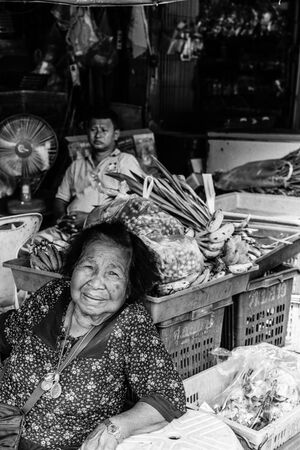 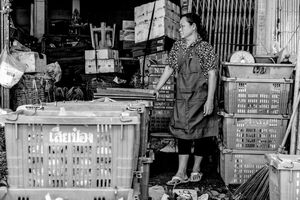