I didn't particularly like it, but I came to Fatahillah Square in Jakarta again. However, I didn't go there for the square itself, but for the post office at the corner of the square.

The last time I was here was on the weekend, and the Fatahillah Square was packed with people, but now it's so quiet on a weekday. I didn't see anyone taking a selfie with their phone, and I didn't hear children's laughter anywhere.

Even the rental bicycles, so popular on weekends, were left in the corner of the square. The bicycles that used to carry children and weave their way through the crowds seemed to be having a Sabbath today. They were lined up in an orderly fashion, quietly waiting for someone to come along for the ride.

I don't know why, but here the bicycles and colorful wide-brimmed hats came together in a set. Each handlebar was decorated with a flowered hat. It seemed that girls wearing colorful hats and pedaling colorful bicycles were supposed to be fashionable.

Here in Indonesia, Muslims are the majority. It is customary for women who have reached a certain age to cover their hair with a hijab or something similar. In other words, unless she is a young girl, she will wear a hijab and a hat together.

Isn't it hot? Or does the hat itself look very enticing to women who usually wear only hijab? 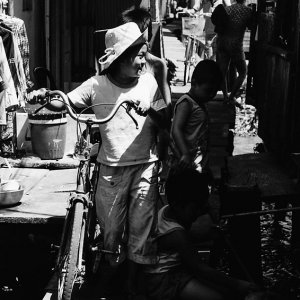 Girl Walking Her Bicycle On Jetty 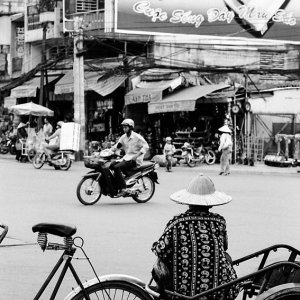 Man Watching The Traffic On The Cart 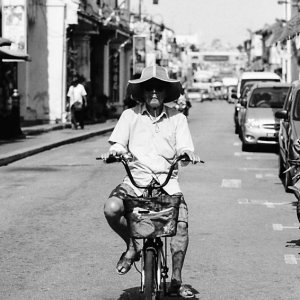 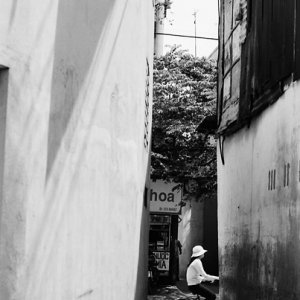 Bike At The End Of The Lane 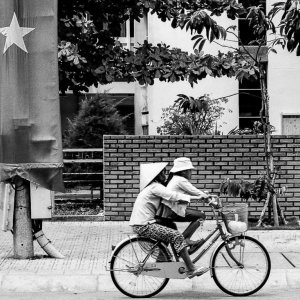 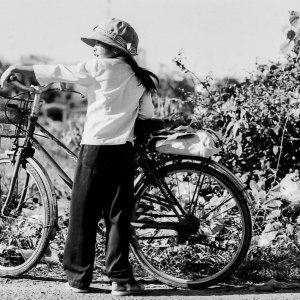 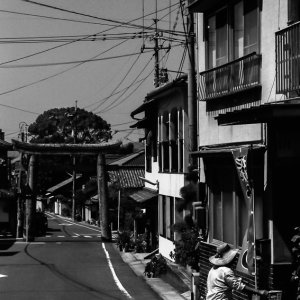 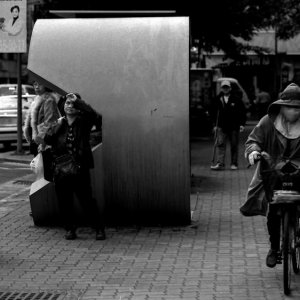 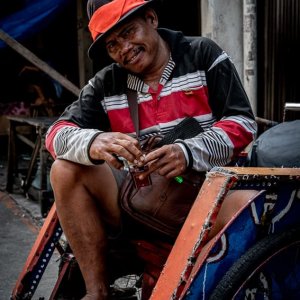 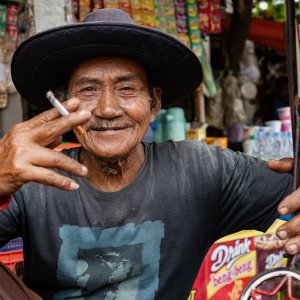 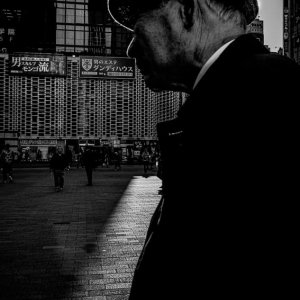