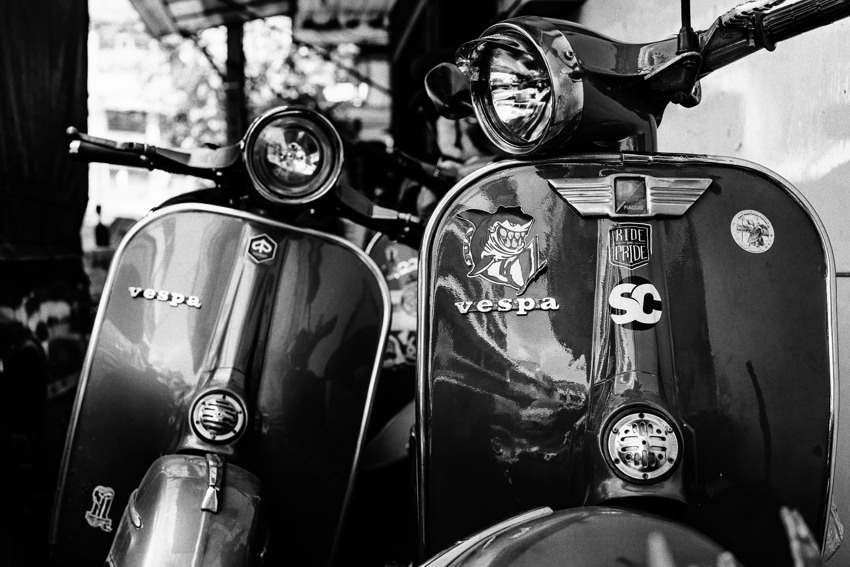 Two vespa was parked in the lane

Along with the four-wheeled car, many motorbikes ran the streets in Bangkok. It seemed to be much common to ride a motorbike than to drive a car for the ordinary people here. It was cheaper and it was possible to weave the way through the traffic jam. So I saw many motorbikes being parked when I entered the lanes.

This time, I found two Vespa manufactured by Piaggio, an Italian company, in the lane. This motorcycle was in the movie, Roman Holiday. A newspaperman portrayed by Eldred Gregory Peck rode this motorbike and ran around the streets of Rome with the princess portrayed by Audrey Hepburn in the movie.

This motorcycle was popular here and I often saw during walking around. Like in Japan, Thai people seemed to think the Italian products had style.

On The Other Side Of Galvanized Plates (Thailand) 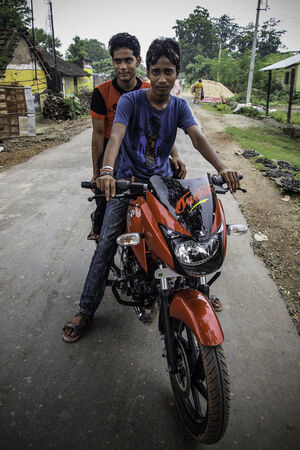 Two Men On A Motorbike 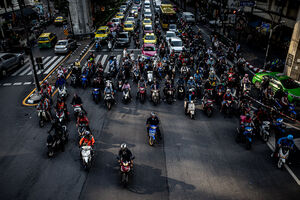 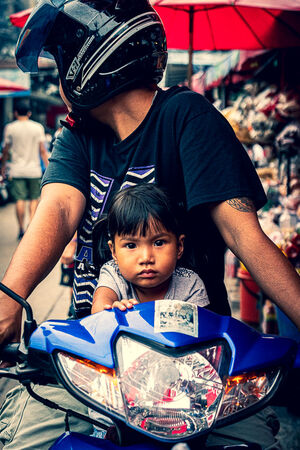 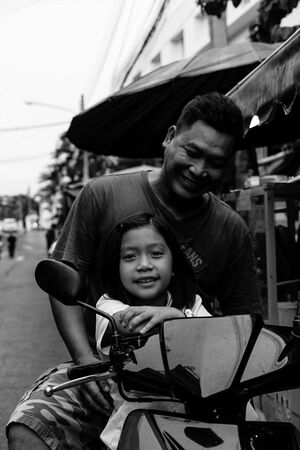 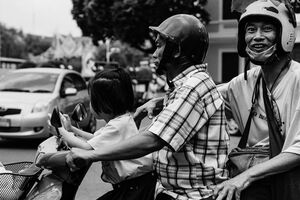 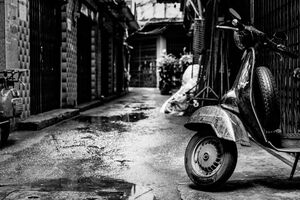 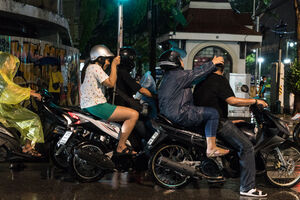 Resting In Front Of An Altar 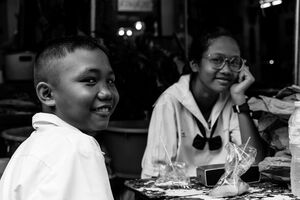 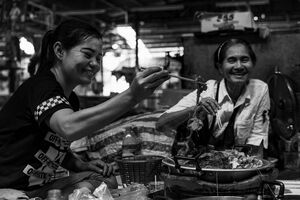 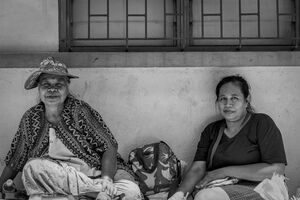 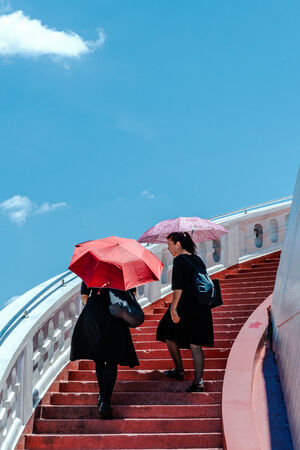 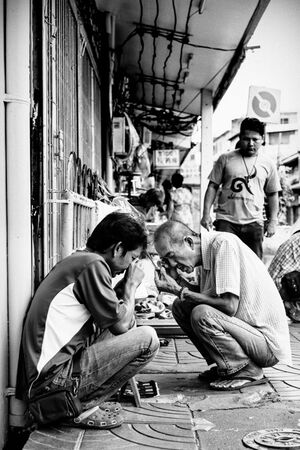 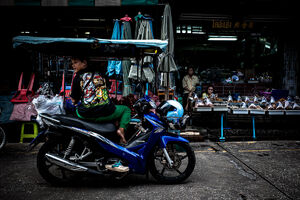 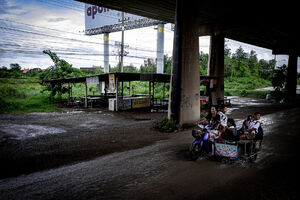