The boy was walking a dilapidated motorcycle

The lane flanked by the two-storied buildings was tranquil. Nobody hurried and I could see people relaxing by the wayside. Some tricycles with a luggage carrier were parked. And the drivers were sitting on each rear deck. They were waiting for a job there.

During I stood, a boy was coming from over there. He was walking a battered motorbike. It seemed heavy for him. And its front section was exposed because the cover was removed. I wondered whether it still worked. Perhaps he was on the way to a maintenance shop. 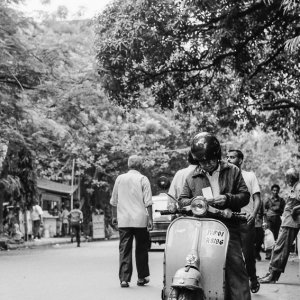 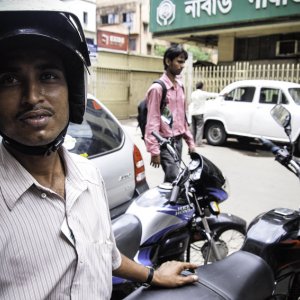 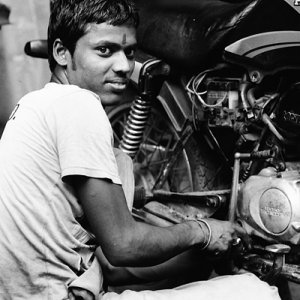 Man Beside A Motorbike 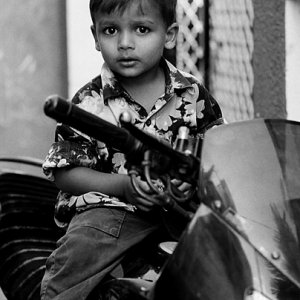 Little Boy Climbing On The Motorbike 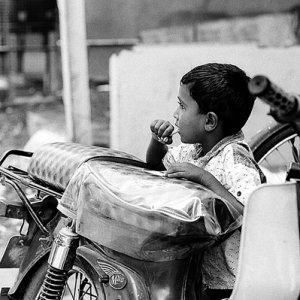 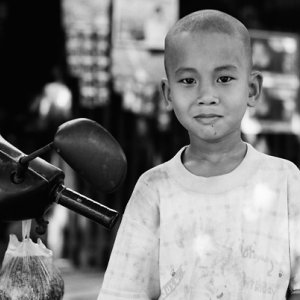 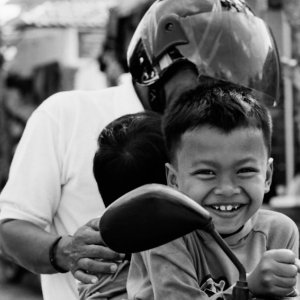 Boys And Their Father On The Motorbike 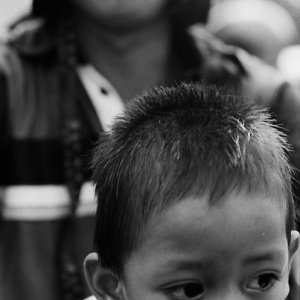 Shy Boy On A Motorbike 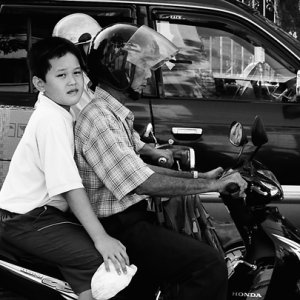 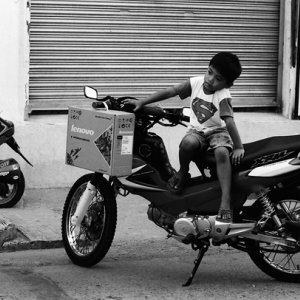 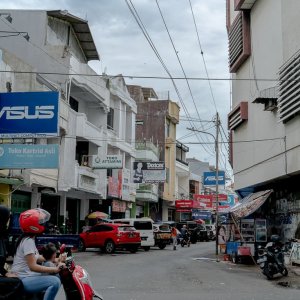