The boy dressed in the mode of a typical Muslim

When I looked into a lane during walking around the streets, I found a boy standing at the end of the lane. He stood still alone and seemed to wait for someone coming out of a house. When I held my camera, he also looked at me. And he opened his mouth. He might chill out.

He wore a typical cap called taqiyah and a clothes for Muslim. About 13% of India's population were Muslim and its number is the third largest in the world. So it was common to see Muslim during rambling along. In Front Of A House 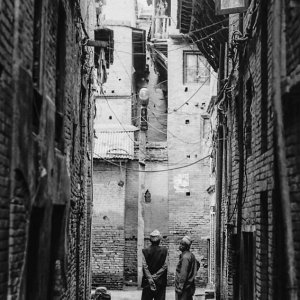 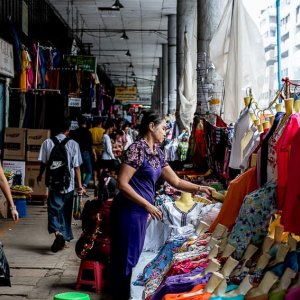 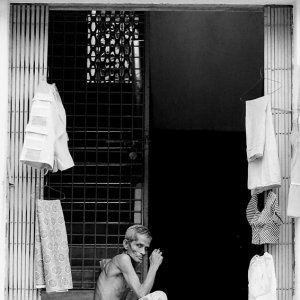 Obstructing Man At The Entrance 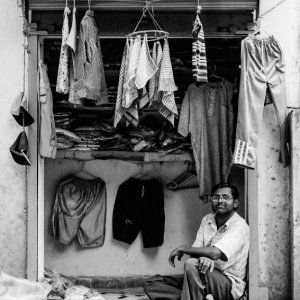 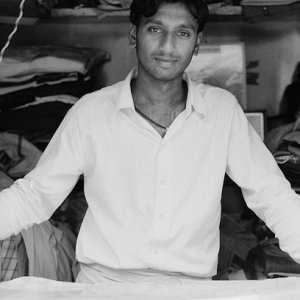 Presser With A Placid Face 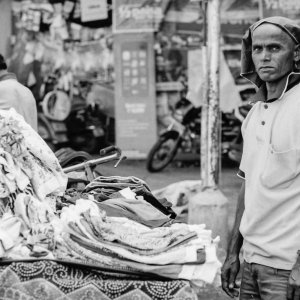 Man With The Collar Up And Clothes On The Wagon 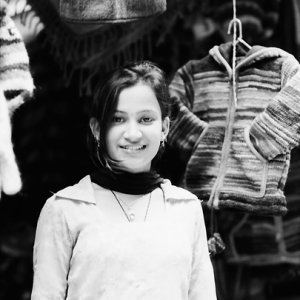 They Sell Clothes On The Street 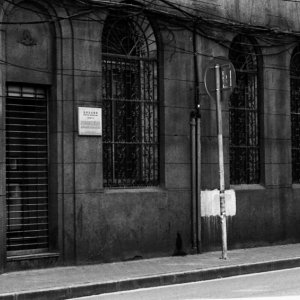 White Clothes In The Gray Street 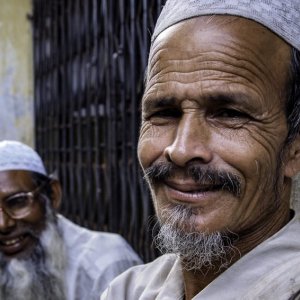 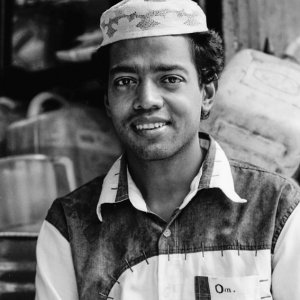