The old man seemed to be exhausted

An elderly bearded man was walking the road while he was carrying a big basket on his head. A heap of bananas was seen on the basket. The basket seemed to be heavy and he put his hands on it. He had a sign of distress on his face. 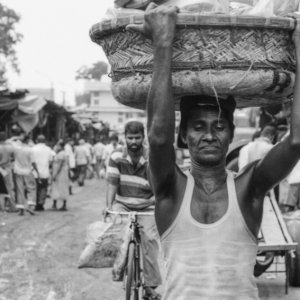 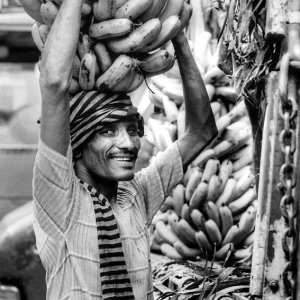 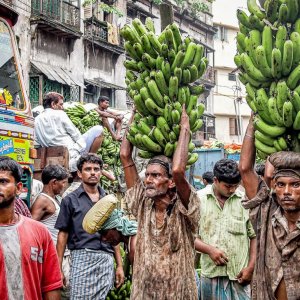 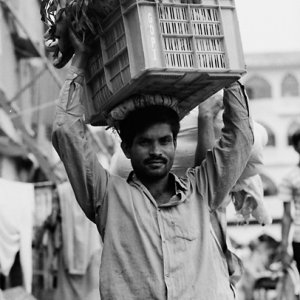 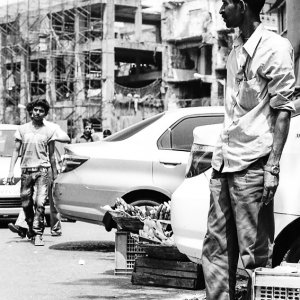 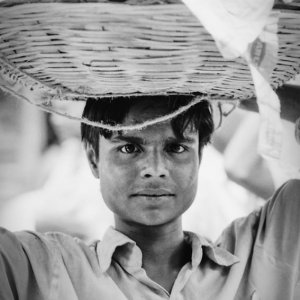 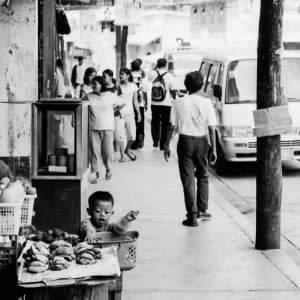 Boy At A Fruit Store 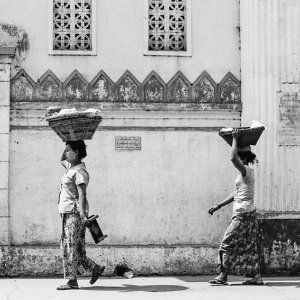 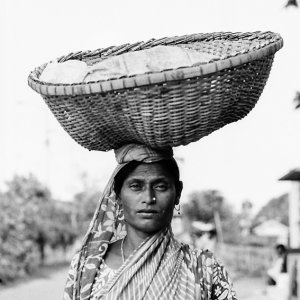 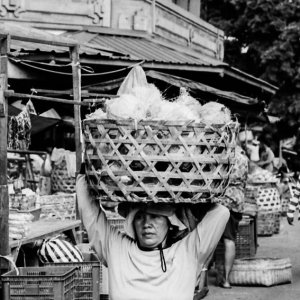 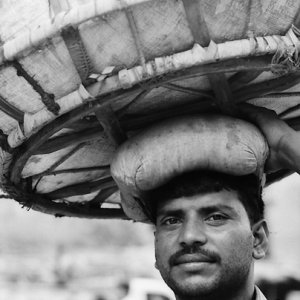 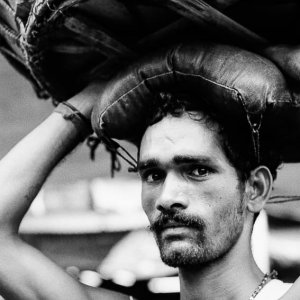