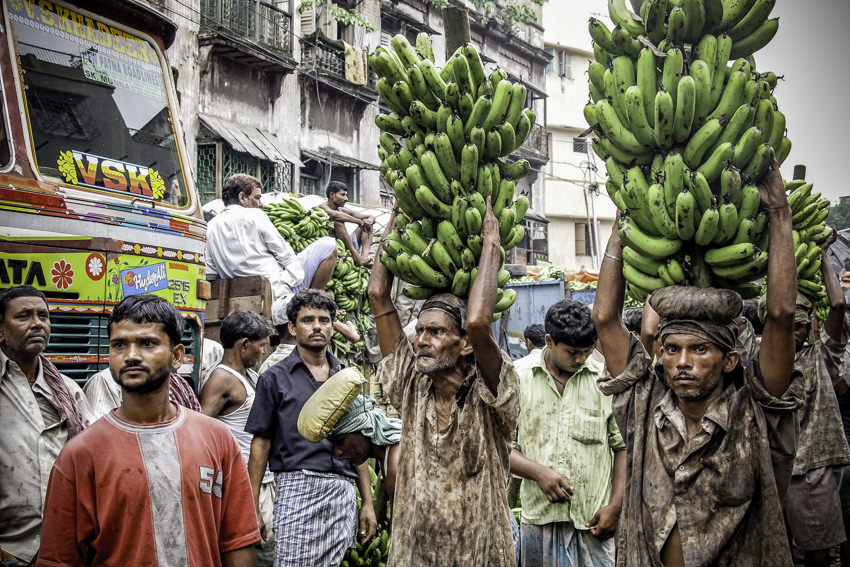 These men carried a big bunch of bananas

When I rambled along the streets, I encountered a street market. And an auction of bananas was held in the street. The place was crowded and many men were just working there. The bananas were set up wave after wave.

The laborers unloaded the bunches from the trucks and carried to the auction place by humans one after another. Two laborers in this photo also put the big bunches on their heads. The bunches seemed heavy. They could have a strong neck.

A Bit Happy And A Bit Surprising Face (India) 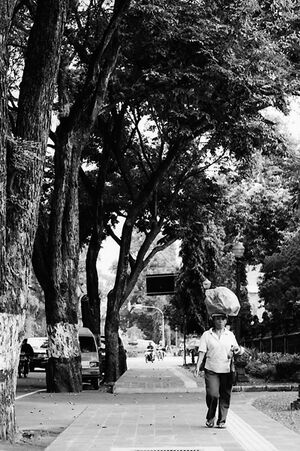 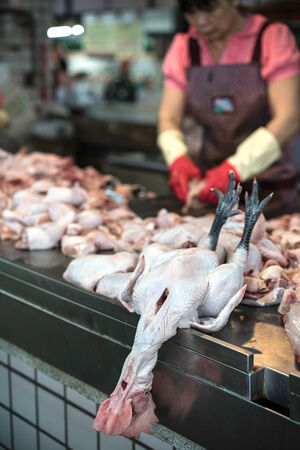 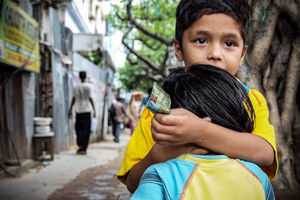 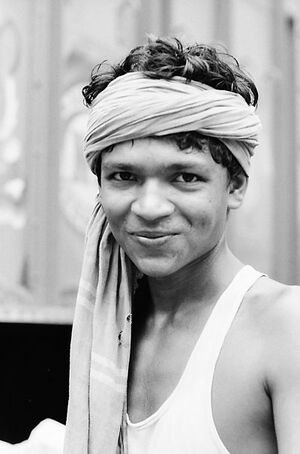 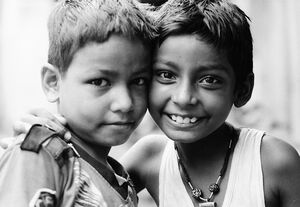 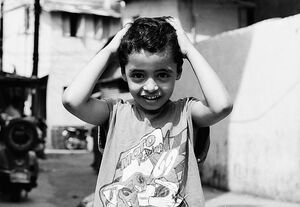 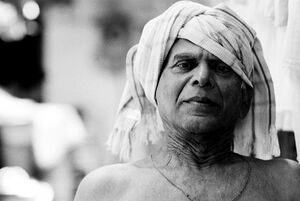 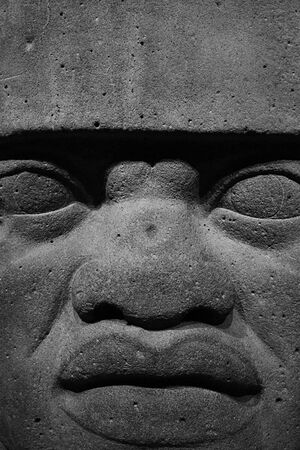 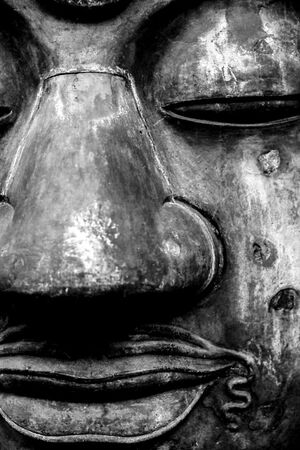 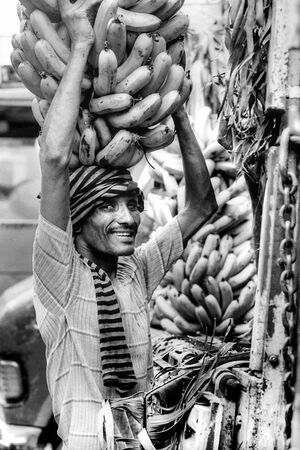 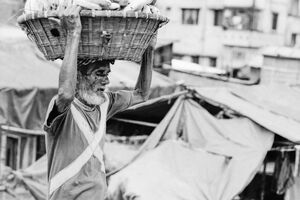 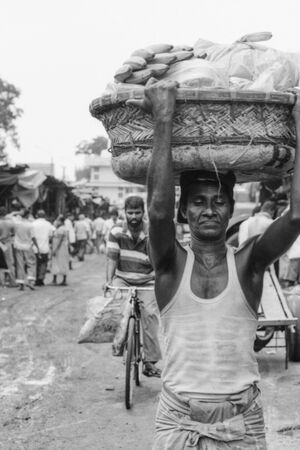 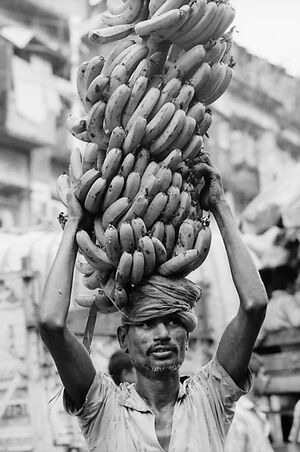 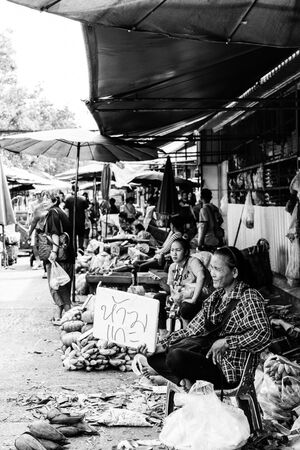 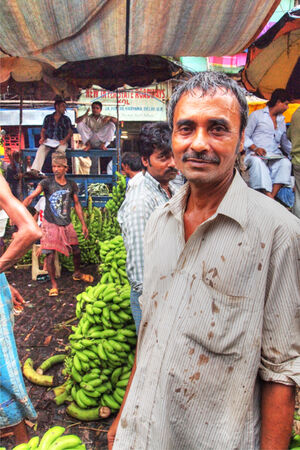 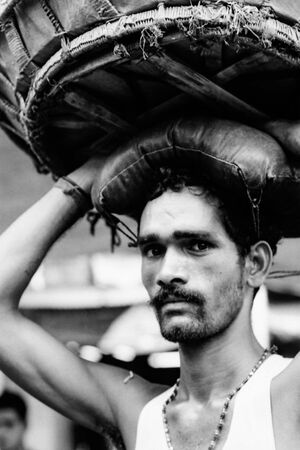 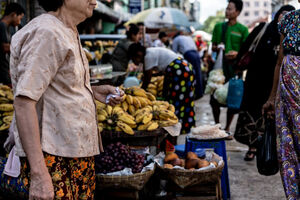