I was walking down an alley of Jakarta where the locals were lounging around. I walked along, thinking that all of them were children and women. I thought all the grown men were probably working somewhere. However, I found two lazy men hanging out in the lane during walking. These were the two men in this photo.

They were standing in a corner of an alleyway where children were screaming and laughing. The older man was wearing some kind of uniform with epaulets. He was probably working as a security guard somewhere. The younger man, on the other hand, was dressed in a top and bottom jersey, not looking like he was going to work somewhere.

The older man was laughing and talking to the younger man about something. Maybe he was saying something like, 'It is about time you got a real job'. The man being spoken to looked a bit confused. Certainly, he just wished he would leave him alone when he said that to his neighbor. Watching them, I thought such a strong neighborhood association still exists in Jakarta's dense residential areas. 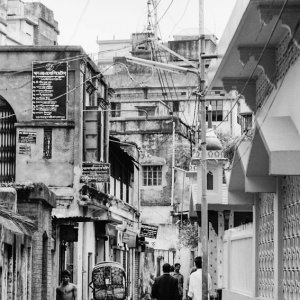 Man Standing On His Own 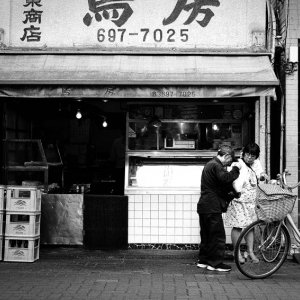 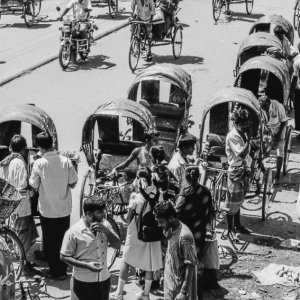 People Getting Onto Cycle Rickshaws 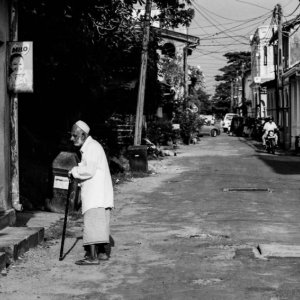 Old Man Standing In Front Of A Shop 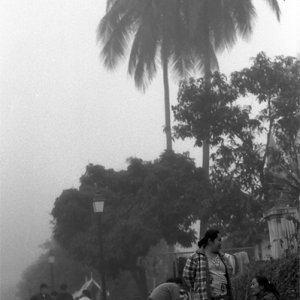 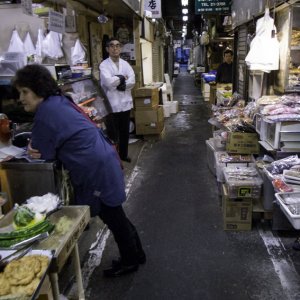 Stand Talking In The Douza Market 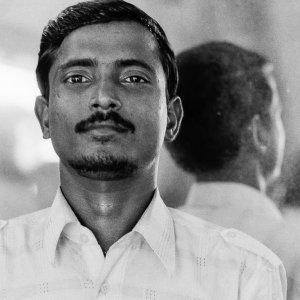 Fresh-faced Man In A Barber 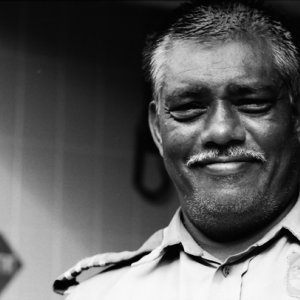 Mild Smile With A Mustache 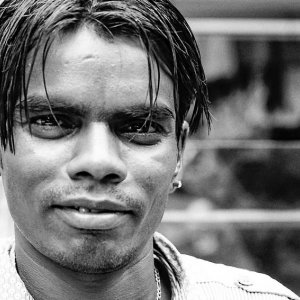 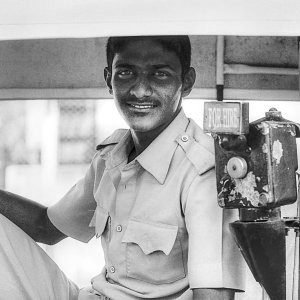 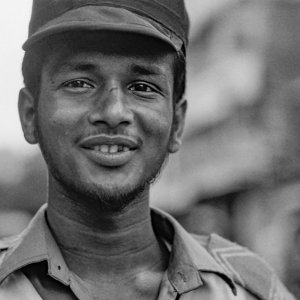 Man Wearing A Shirt With Epaulettes 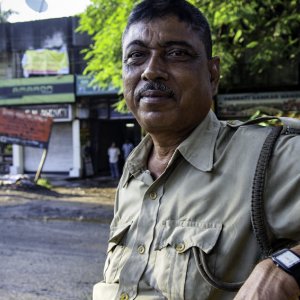