Motorbike With The Umbrella 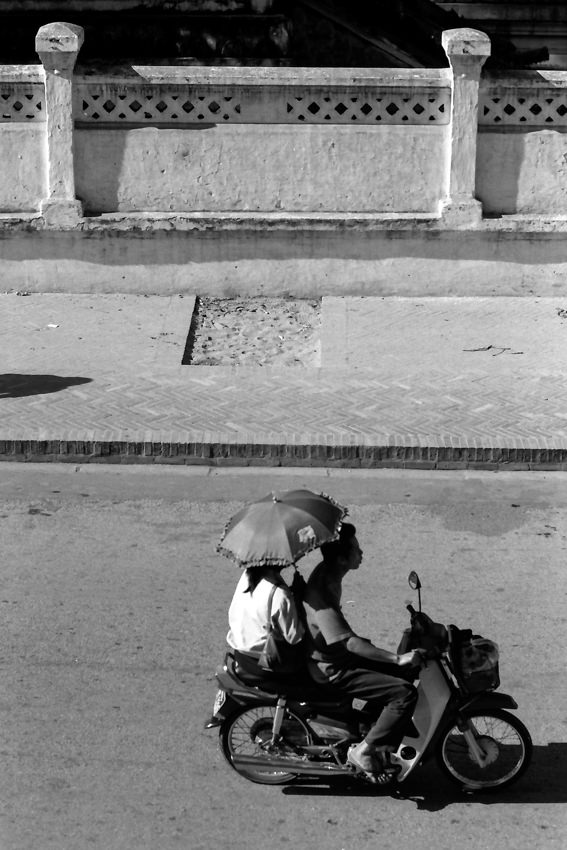 The woman put a sunshade up on the motorbike

Although the street was a main street of this town, it was not crowded. I stood on the hill and watched the traffic from above. In the meantime, a motorbike appeared. The motorbike looked like 'Honda Super Cub'. And a young couple was riding on it.

The woman was putting an umbrella up to avoid the strong sun while she seated on its rear seat. The sunlight was strong not only for the tourists, but also for the locals. 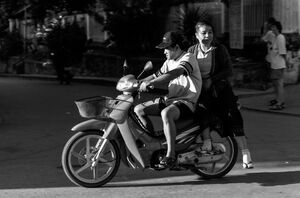 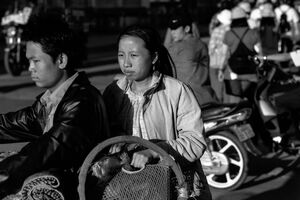 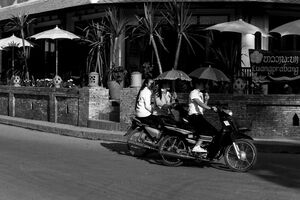 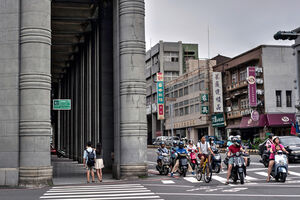 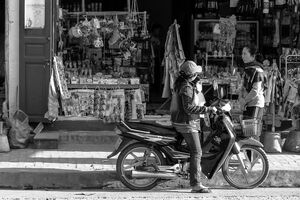 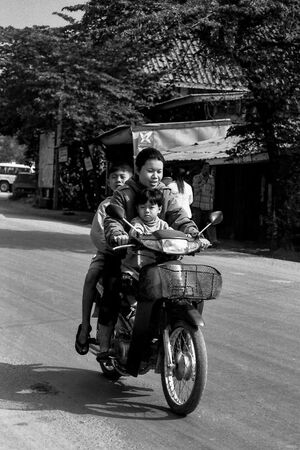 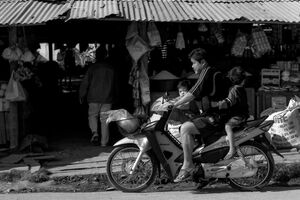 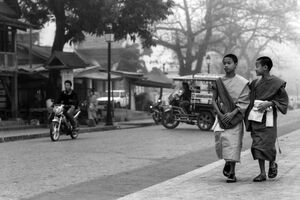 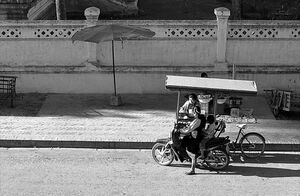 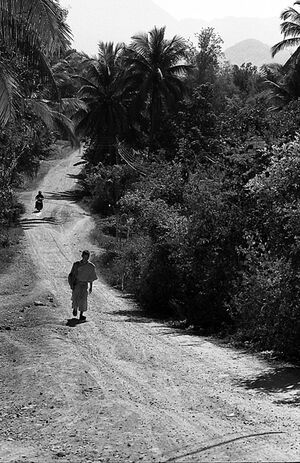 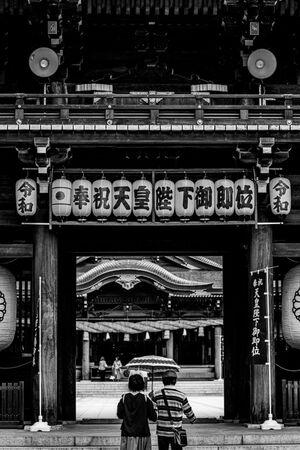 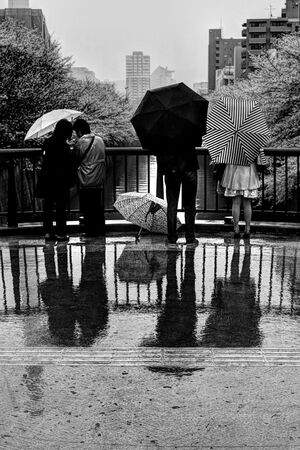 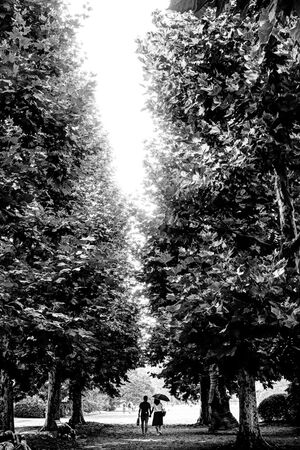 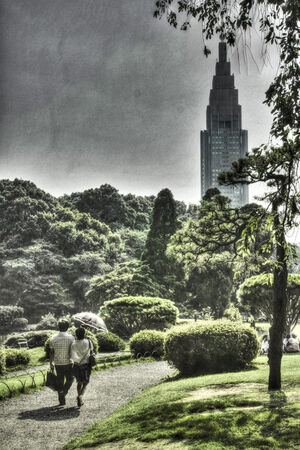 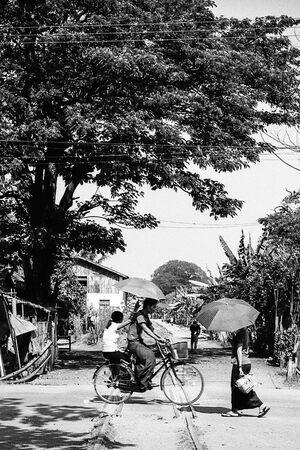 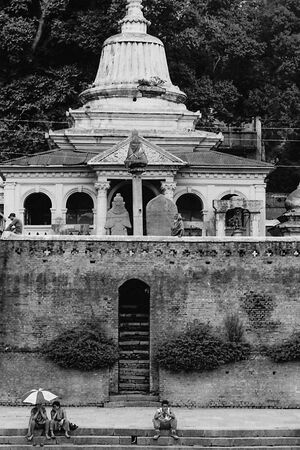 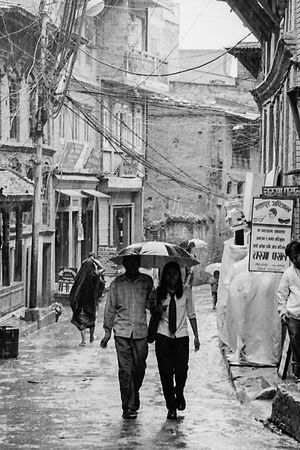 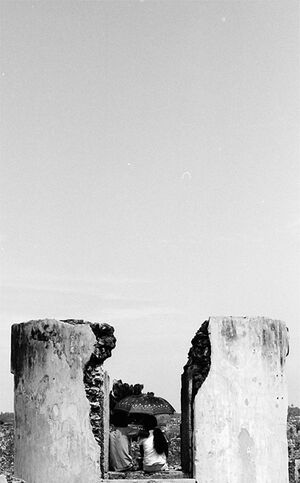 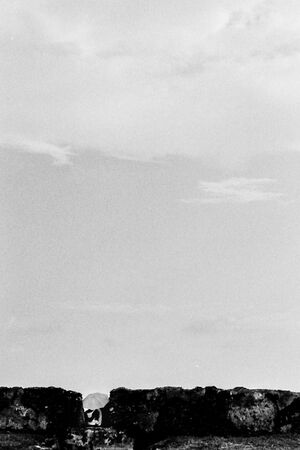 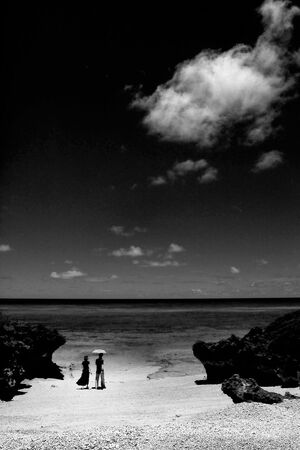