The old fashioned shops were side by side of the street called Phraeng Phuton. All the buildings were two-storied and it was said that these buildings remained the good old atmosphere. A man wearing glasses stood on one of the storefronts. A brush was in his right hand and a cup was in his left hand. And a big sewing machine was placed in front of him. It was seasoned.

Because I was interested in what he was doing, I approached him. He was fixing the old sewing machine up while putting on paint. When I stopped in front of him, he talked to me. He said it was a sewing machine made by Mitsubishi, a Japanese company. I didn't know whether it was still suitable for practical use or it was a kind of antique. Anyway, it was his article for sale. 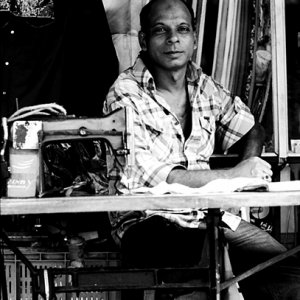 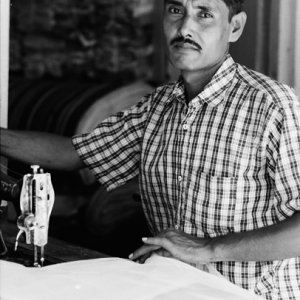 Man Beside The Sewing Machine 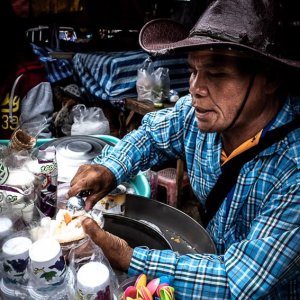 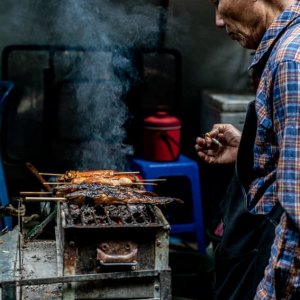 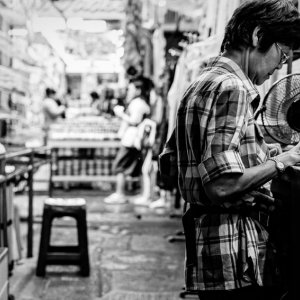 Woman Working With A Calculator 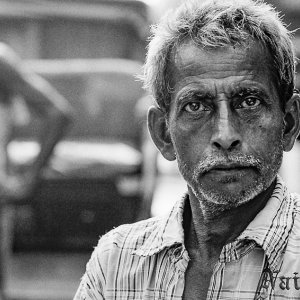