The men were busy to cook in the kitchen

I came to the same eating place called Yong He Soy Milk King near Daan Station again. Although its name comes with 'KING', the atmosphere of the shop was very friendly. Maybe a pretentious owner was behind the friendly clerks. Anyway, the food was delicious and cheap. Like local people, I ordered a bowl of soy milk and some other dishes.

It was not a formal restaurant. I could see everything inside its kitchen. Because it was swamped with orders, the men in the kitchen were working busily without saying a word. Everyone worked own task. An appropriate division of labor between them was done. One man in the front was cutting dough and the other was toasting on a cast-iron pan. During waiting for my dishes, I was watching them working skillfully.

Where is Yong He Soy Milk King?

Family On The Same Motorbike (Taipei) 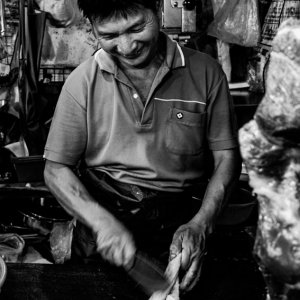 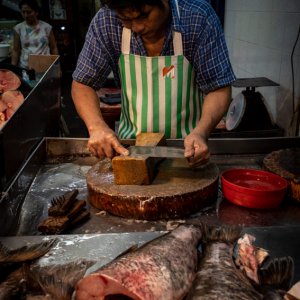