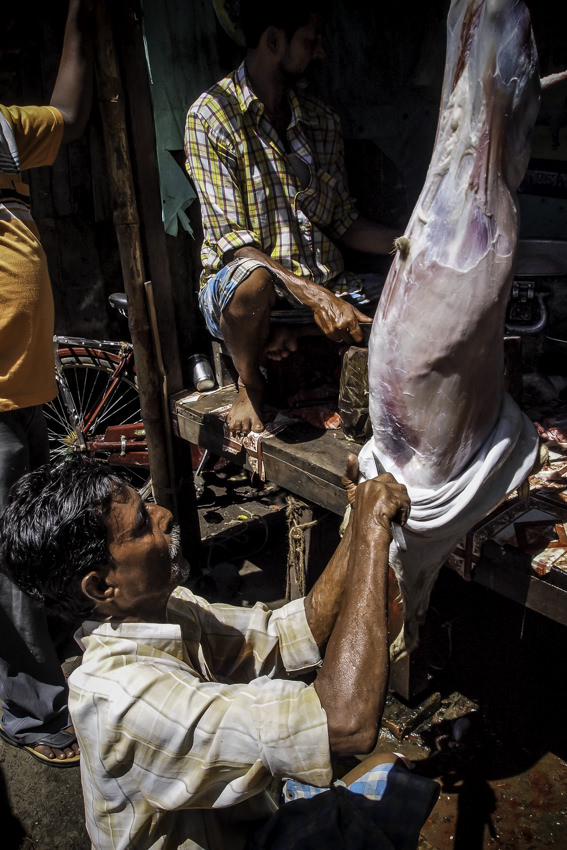 The body was being dressed

There was a small butcher in the street. And goat was hung from the eaves. The butcher was not only selling meat, but also dressing meat there. The butcher wearing lungi was just peeling a goat. The body was dressed in two shakes. In the meantime, its meat was displayed in the storefront. And the locals came and bought the fresh meat. So it was not necessary to have any refrigerators to storage. The meat was sold right after being set up.

It was common to slaughter by the wayside around here and I often encountered such scene during strolling. 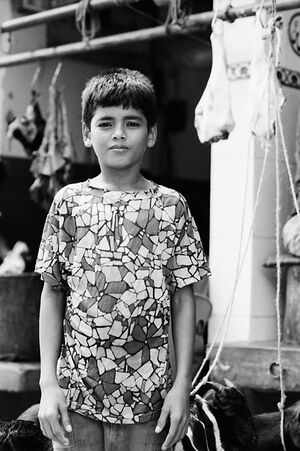 Boy In Front Of A Butcher 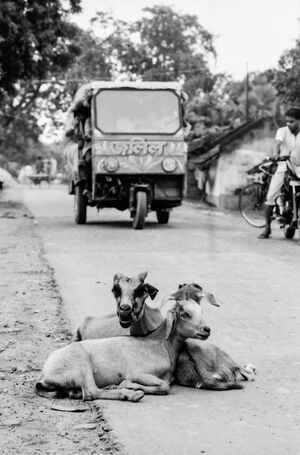 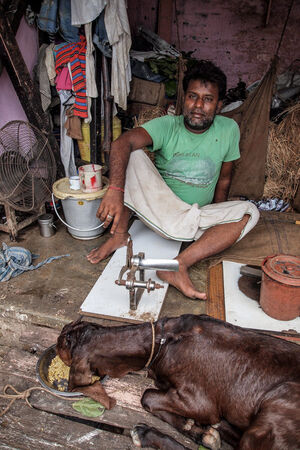 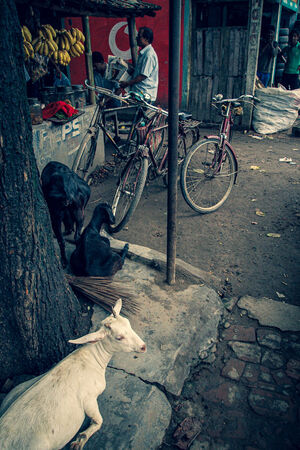 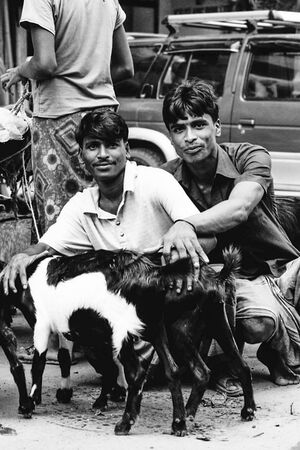 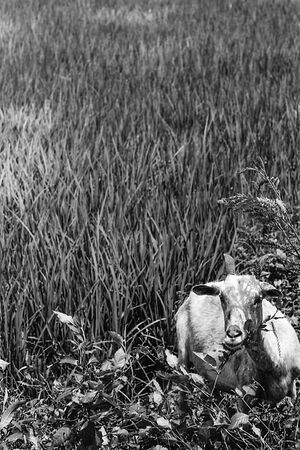 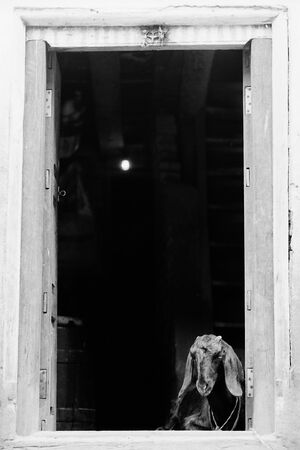 Goat At The Door 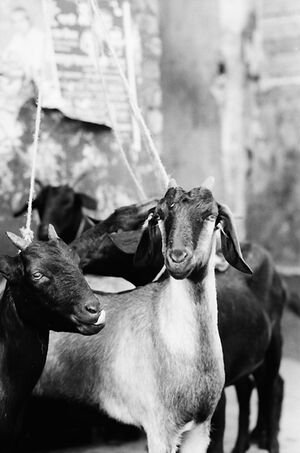 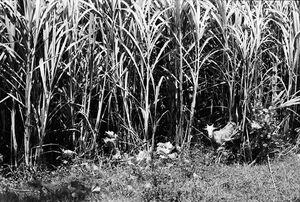 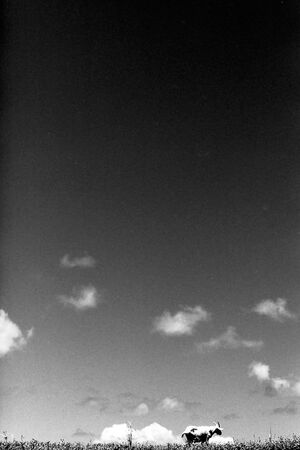 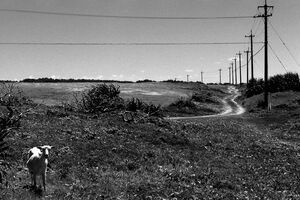 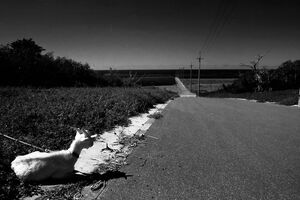 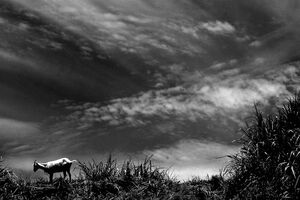 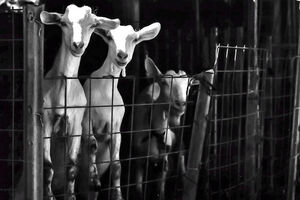 Goats In The Fold 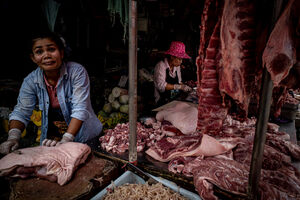 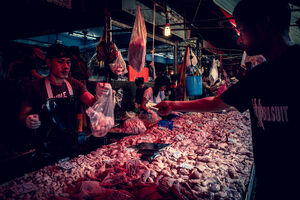 Man Buying In A Butcher 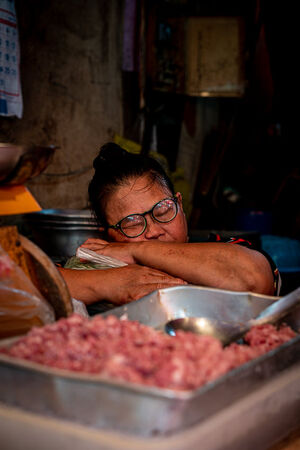 Women In A Butcher