Little Girl With A Dot Between The Eyebrows 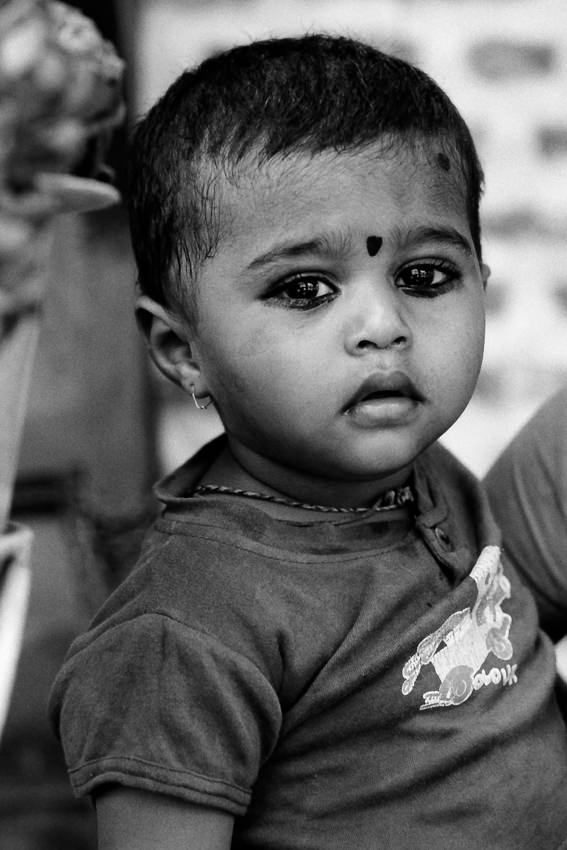 The girl wore both Bindi and Kajal

I met a mother who held her baby during ambling on the streets. So I intended to take some photo of her baby.

The little girl wore pierced earrings. She had also a dot called Bindi between her eyebrows which meant she was Hindu. Besides, her eyes were fringed with the black paint. It was Kajal which was believed that it protected against the evil eye. When I approached her, she looked at me with untouched eyes. That meant I was not an evil person for her.

Men On The Bench At A Kiosk (India)

Boy In The Cityscape (India) 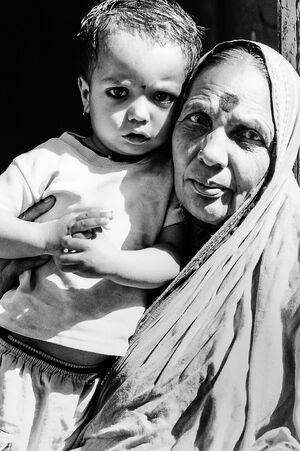 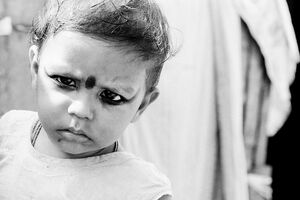 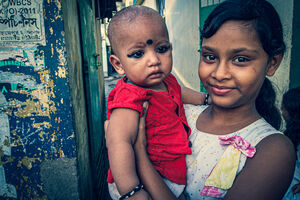 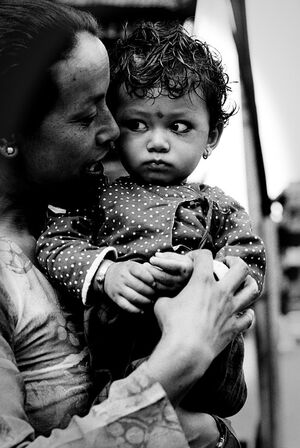 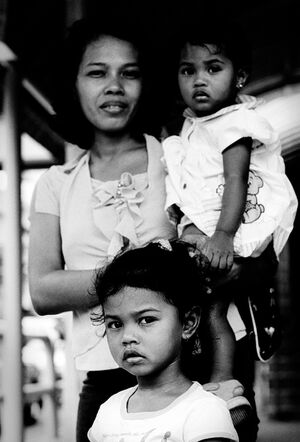 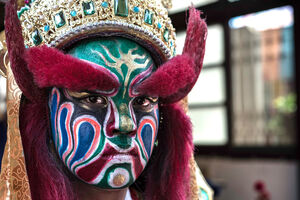 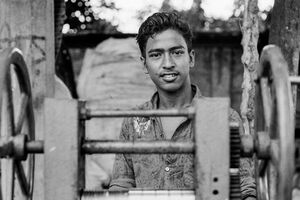 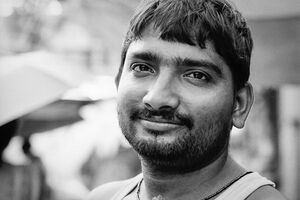 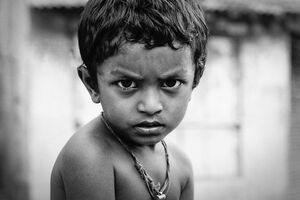 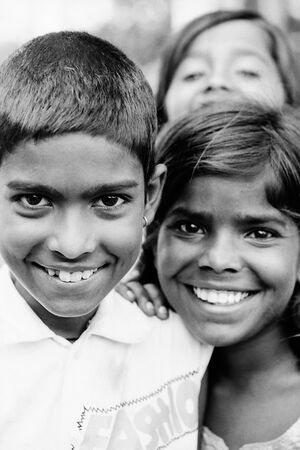 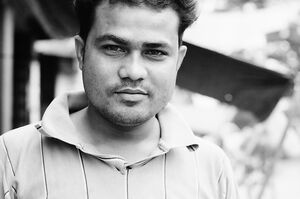 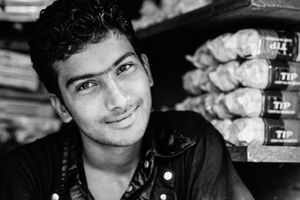 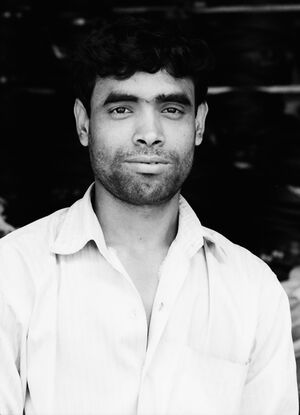 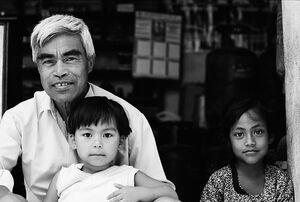 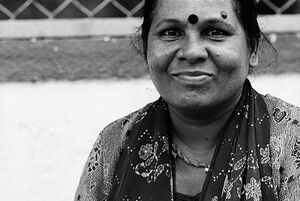 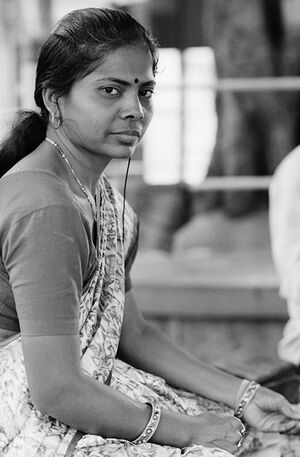 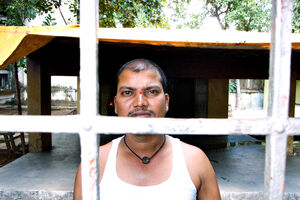