A sadhu replied with his hand raised in a friendly manner

The man in this photo is a Hindu practitioner called sadhu. Here in Swayambhunath is a holy place for Buddhism, but the sadhu, who is supposed to be a Hindu, was standing at the entrance. When one practice deeply, one's religion may not matter.

The sadhu smiled at me and beckoned me. And he told me I could take his photos. The more I saw the man's smile, the more my suspicions began to grow. This man was not a real practitioner but a tourist sadhu dressed as a monk and asked tourists to take his photo.

By all means, would a truly ordained and practicing monk approach a worldly foreign tourist? It may be a big mistake to think for a moment that religion may not matter to the people who are practicing deeply. Religion has nothing to do with him because he was not a practitioner. 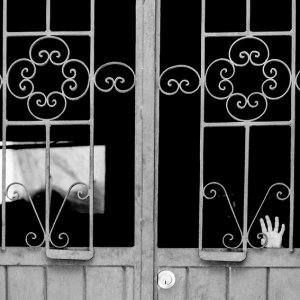 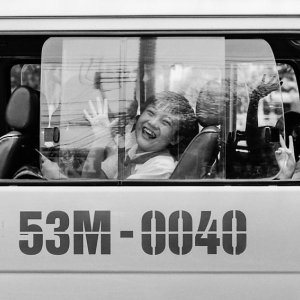 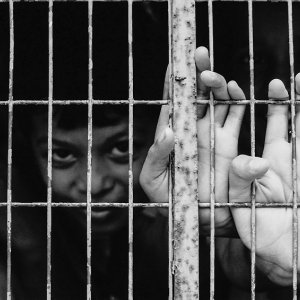 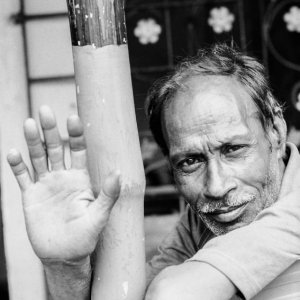 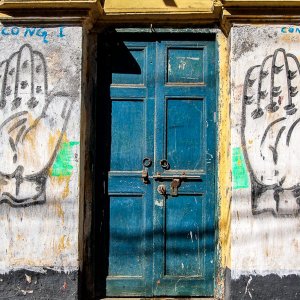 Blue Door And Mudra Drawn On The Wall 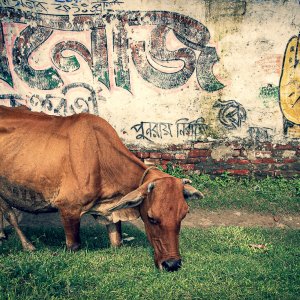