Shot at Okunitama Shrine, a Shinto shrine in Fuchu, Tokyo

As I trudged along the old Koshu Kaido, the buildings along the street disappeared and a spacious area appeared. It looked like a park with trees planted in the open space, but it was not a park. It was the precincts of a Shinto shrine. After walking along the old Koshu Kaido road from Koan-ji Temple, I arrived at Okunitama Shrine, a large historical shrine in Fuchu.

At the entrance to the path, a huge torii gate stands tall as if to show off the fact that this is a Shinto shrine. It is the largest granite torii in Japan, weighing 10 tons. If it were to fall down in an earthquake, it would be a disaster. Normally, the pillars of the gate are not fixed, but are simply inserted into a hole in a large stone called a shoe stone at the base, so that vibrations from earthquakes are not transmitted to the main body of the gate. I wonder if this is the case with this huge stone torii.

Although I have not heard of many torii gates built with the traditional seismic isolation system falling down during earthquakes, it does not mean that they do not fall down at all. Some of the stone torii collapsed in the Great Hanshin Earthquake, some in the Noto Peninsula Earthquake, and some in the Awaji Island Earthquake. There is no guarantee that the large torii gate at Okunitama Shrine will not collapse.

The trouble is that once you imagine this large stone torii gate collapsing, you will start to worry about its appearance every time you pass through it, even though you had been passing through it without thinking about it before. 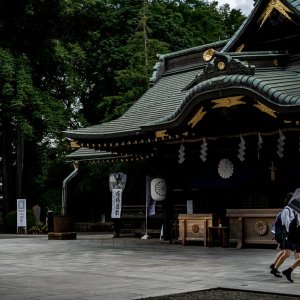 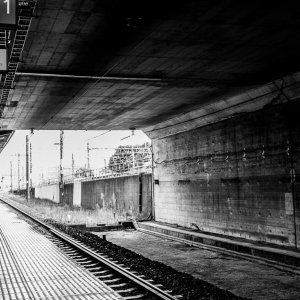 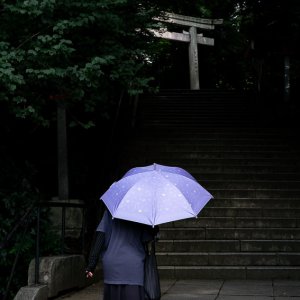 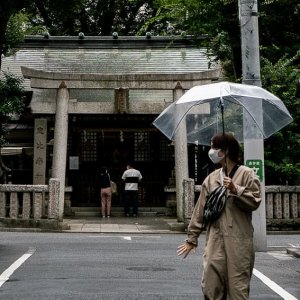 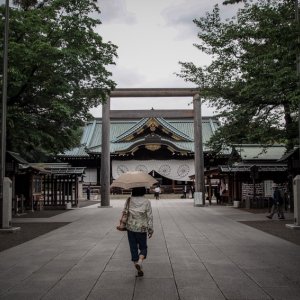 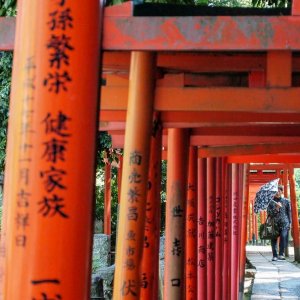 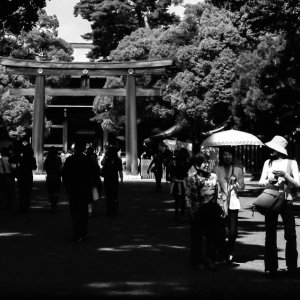 Hat And Umbrella In The Sunny Spot 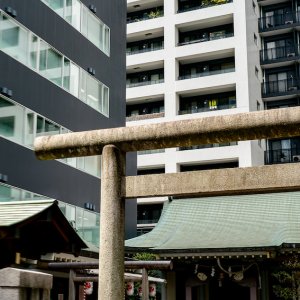 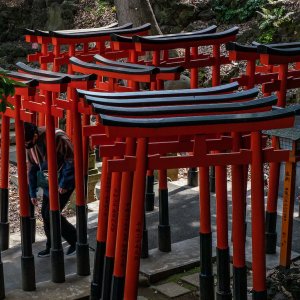