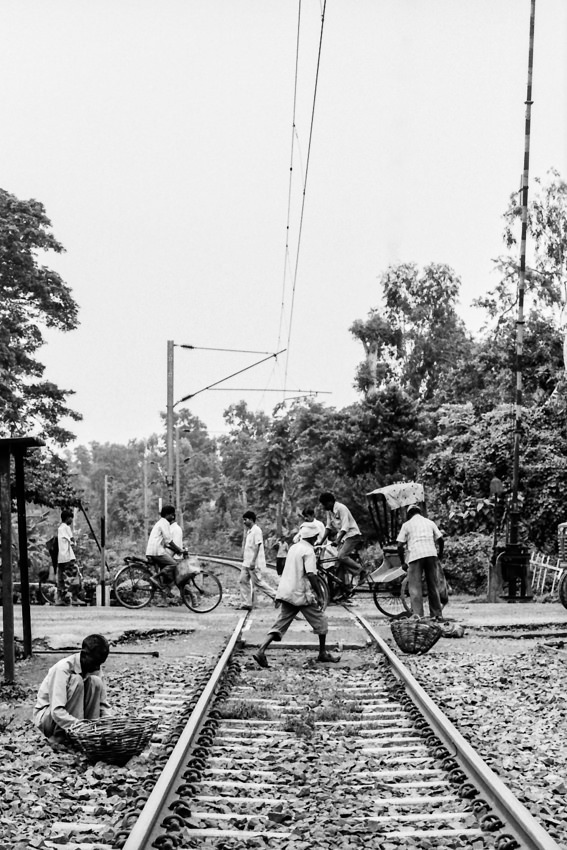 A single-track line met up with a street. Many locals were crossing the railway crossing. Some men were walking and other men were riding bicycles. Beside them, a man was working on the railroad while he was putting a basket in front of him. It seemed to uncommon that a train came.

Dog On The Veranda
(China) 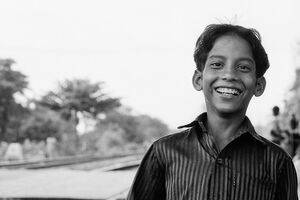 Smile At The Railroad Crossing 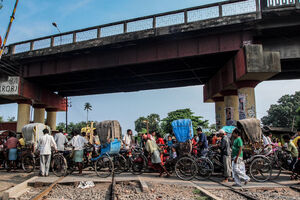 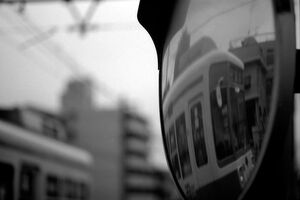 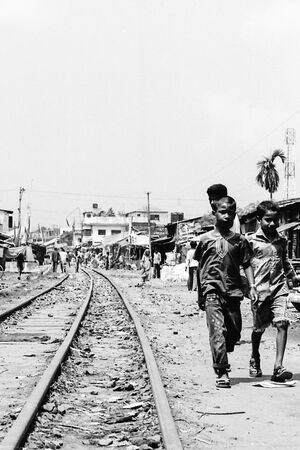 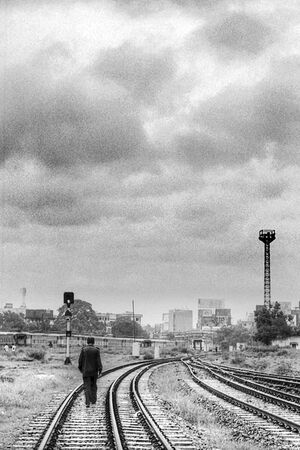 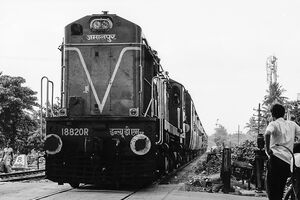 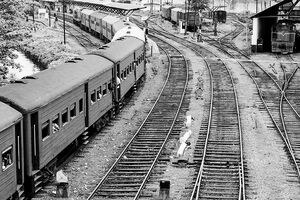 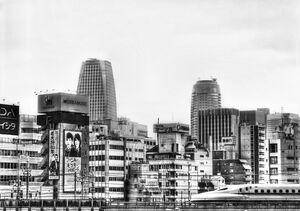 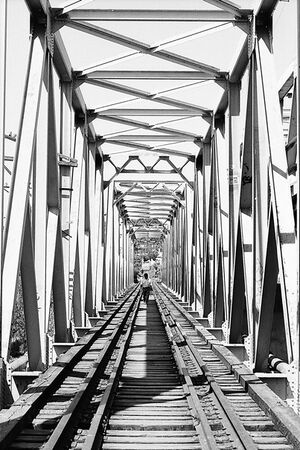 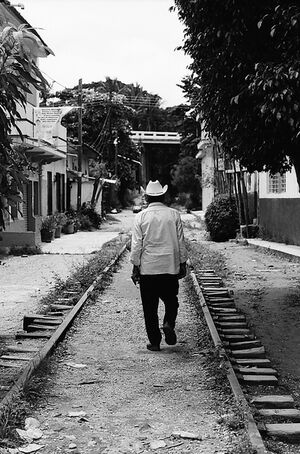 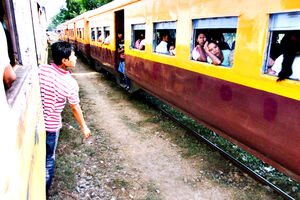 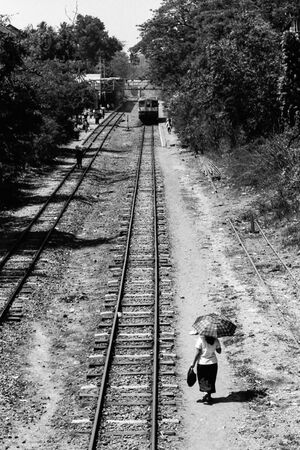 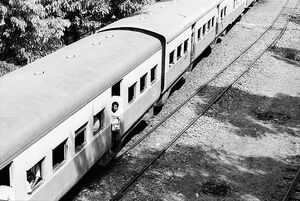 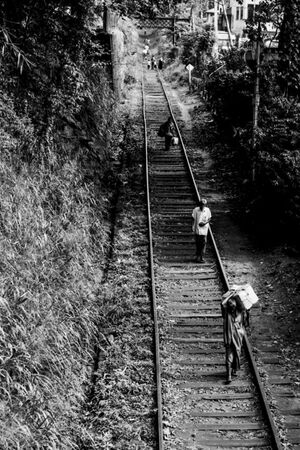 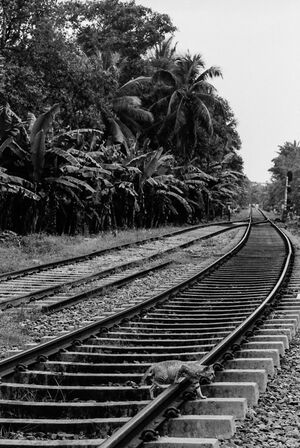 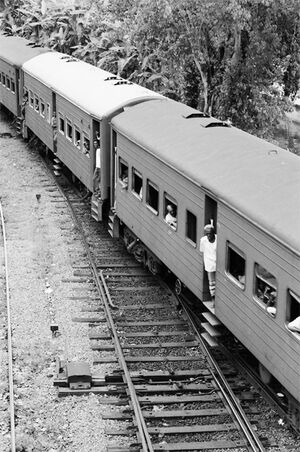 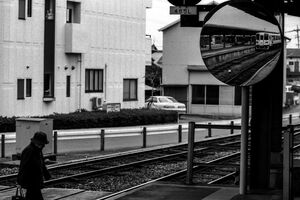 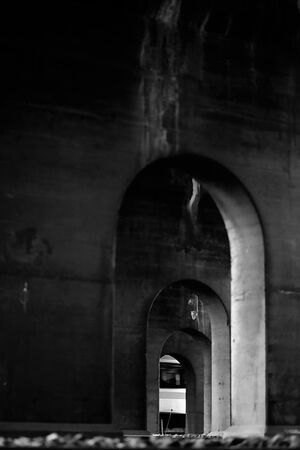 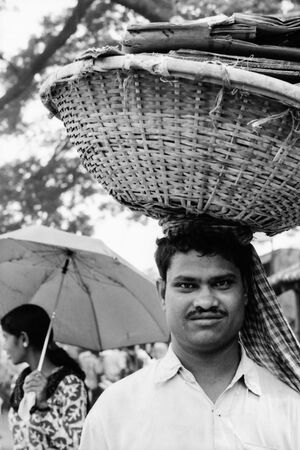 Chubby Man With A Big Basket 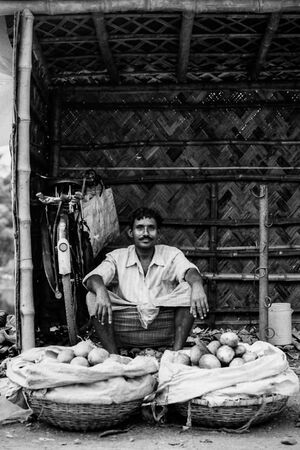 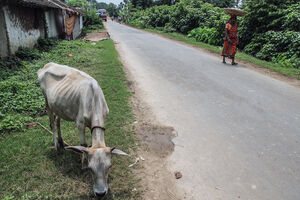