In the back of the market's fruit shop, a man with a large ring was leisurely reading a newspaper

The man was completely relaxed and seemed to have finished his work. However, there were many different kinds of fruits on display in the store, and customers were wandering around. In this photo, I could see pineapples for sale behind him. Still, the man seemed to be unaffected by such a scene.

I looked at the man's hand holding the newspaper and saw a ring. It was a large ring with a brown stone. Here in Indonesia, it is believed that large precious stones have magical powers, so there are many men who wear large rings. I even saw a stall selling rings for men in Jakarta. I guess this man also believes in the power of rings. Rather than wearing them for decoration, they seem to be a kind of talisman. If I think about it, the ring in Indonesia is probably similar to the Phra Kruang worn by many people in Thailand. 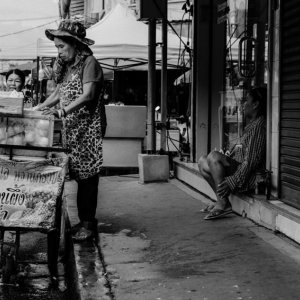 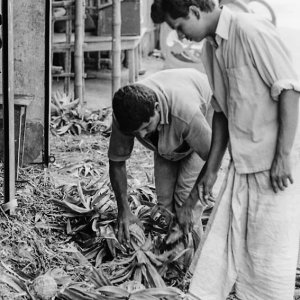 Two Men In Front Of A Pineapple Shop 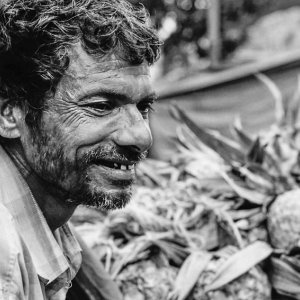 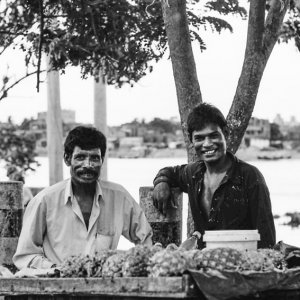 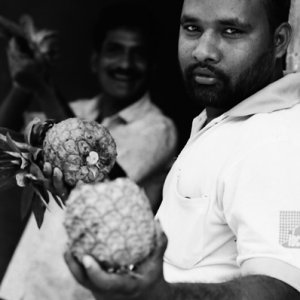 He Shows Me His Pineapple 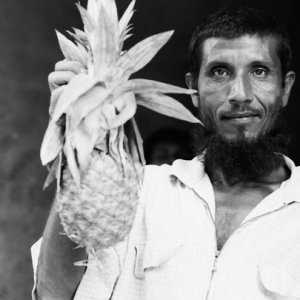 Pineapple He Is Proud Of 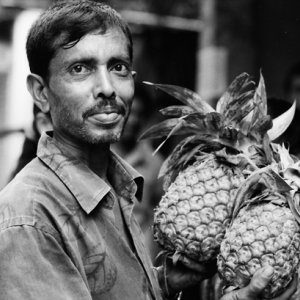 Pineapples In His Hands 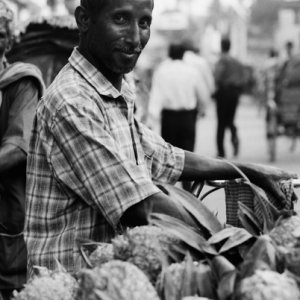 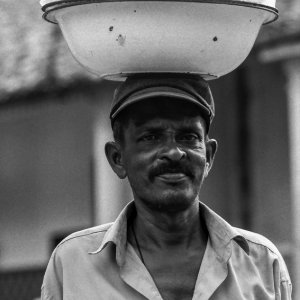 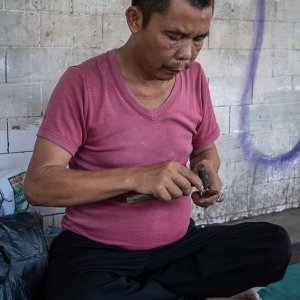 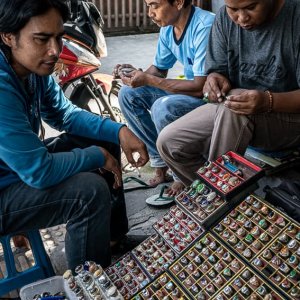 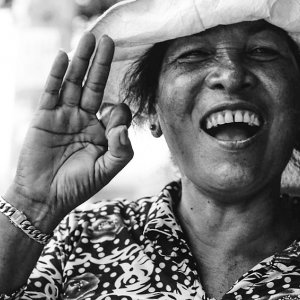