As I wandered around the alleyway, I came across the TAHU GEJROT stall again, which I had passed earlier, selling TAHU GEJROT, Cirebon's famous fried tofu with sweet spicy sauce. As I thought, he was not in the middle of selling earlier but was just moving to a place to do business. The man in the red T-shirt I met again had parked his mobile stall in a corner of the alley and was starting his business. This was the place to set up his stall.

It was fine that he was starting his business, but there was no one around and the alley was quiet. Of course, there were no customers. I wondered if the business would be viable in such a place. But that didn't stop the man from making a speech to attract customers. He seemed to be a quiet man and didn't raise his voice to let people know that the food stall was open for business. He just went about his business. When I asked him if I could take his photo, he just nodded lightly and did not speak.

The man was silently preparing food under a large parasol in front of the laundry drying on the street.

Tofu Stall In An Alleyway 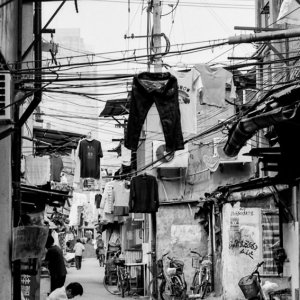 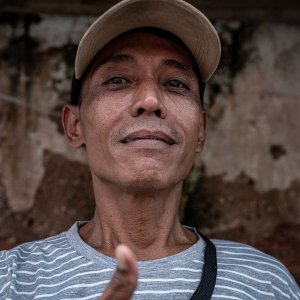 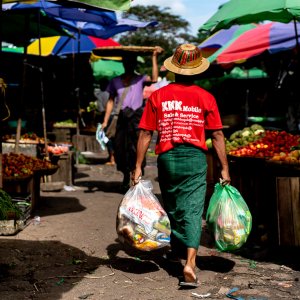 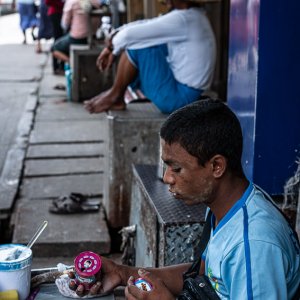 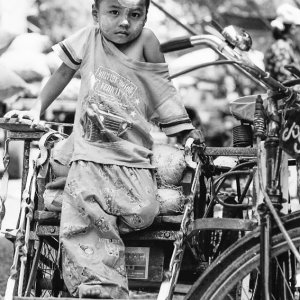 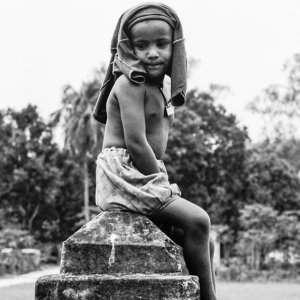 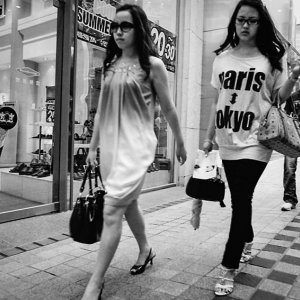 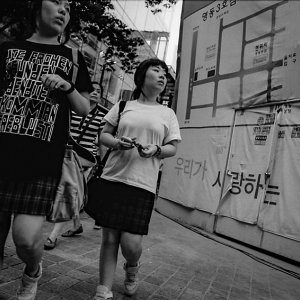 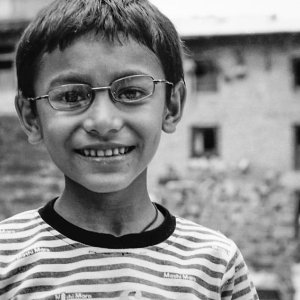 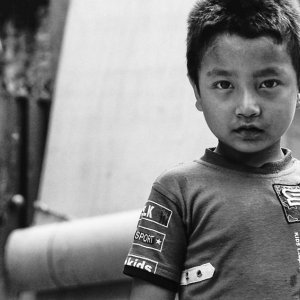