In front of the mosque, located in a dense residential area, there were not only food stalls, but also eating places. But I couldn't see any customers inside. There were only children playing. The mosque in front of it was in the middle of an Islamic mass prayer, and many of the men were attending. Even if someone is not a devout believer, no one would be so provocative as to eat in the eating place at a time when the mosque was holding prayers. It was a time when no man would eat carefree in the eating place.

The boy in this photo was one of those playing in the deserted eating place. He was wearing a brightly colored cloth. I wondered if it was batik. At first glance, it looks like the sherwani worn in India and Bangladesh. But this was Jakarta, Indonesia. I guess they are not sherwani. It may have simply been long pajamas.

When I pointed my camera at the boy standing next to the vending machine, he countered with a plastic bottle in his hand. He held the bottle as if it were a gun and aimed at me. The boy's face was so serious as he stared at me with one eye closed that I was afraid something would shoot out from the bottom of the bottle. 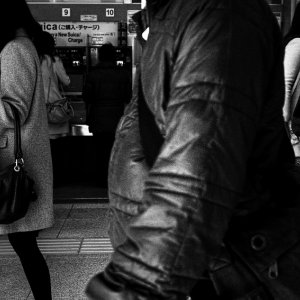 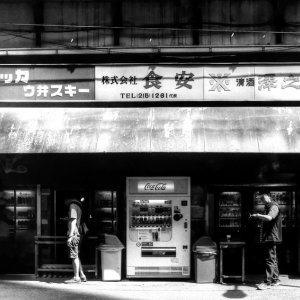 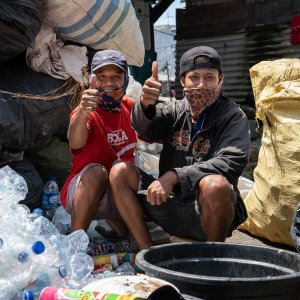 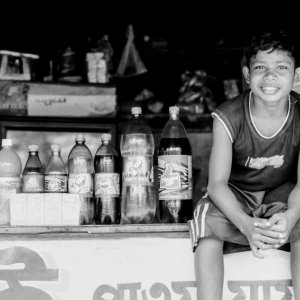 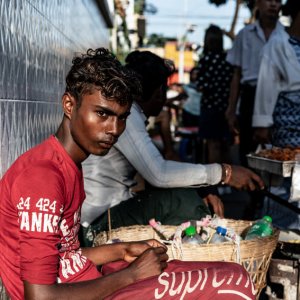 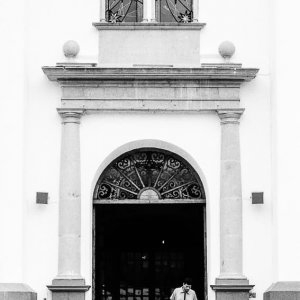 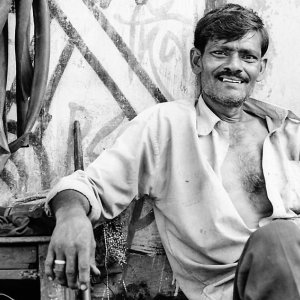 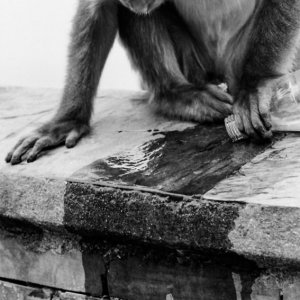 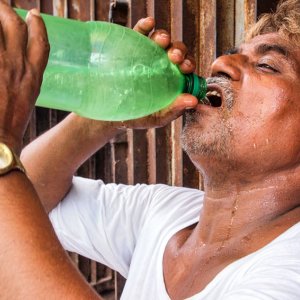 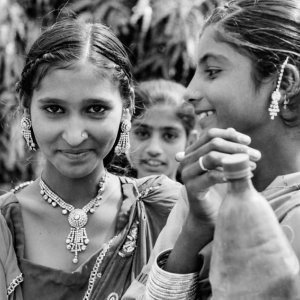 Empty Bottle In Her Arms